If you love tree-climbing and lack upper-body strength

but it’s not tree climbing anymore when using stairs. this would be nice for a tree house, not for simulating the thrill of the actual tree-climbing.

I read Uzumaki a while back and this reminded me of it. 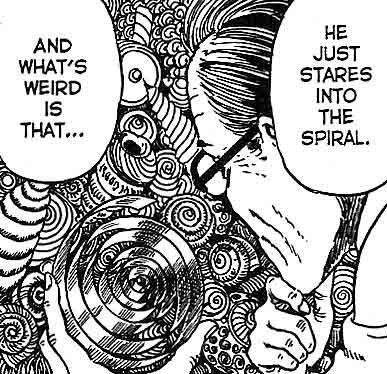 I much prefer my New Tribe tree saddle. I can climb practically any tree regardless of its circumference. It’s safe as the saddle also acts as my harness. It’s comfortable - I’ve sat in it for 4 hours and the first time I sat in it I fell asleep in the tree. For hunters or tree climbing enthusiasts I would definitely recommend spending the money on a New Tribe tree saddle.

Some physical risks of use are there, but it does not harm the tree and it seems fairly easy to install.

I give it the OK.

Uh-huh. Polyester strap around the trunk every seven inches. Tree’s going to love that.

Hey, you know why people living in trees appears so often in fantasy books?

I bet there’s a thrill or two to be found, developing one’s upper-body strength by flinging a strap around a tree, catching and subsequently tightening it, with a stair tucked under one arm, whilst balancing oneself on the stair below! I mean, it’s not like a lead climber wedging cams into cracks on a cliff face or anything, but then, I guess, neither is tree climbing… Oh, sweet intricate hierarchy of thrills!

Does not harm the tree? How long an application are you thinking because its obvious that eventually this will kill the tree.

it does not harm the tree

Doesn’t harm the tree today, but if it’s left in place permanently…

It’s not permanent, see @art_carnage’s comment. It works as a predetermined breaking point and gives thrill (will the rail hold one more time?)

To my untrained eye, that looks like it will girdle the tree.

The last time I installed something as simple as a tire swing, my arborist told me it would be better to place a large bolt through a limb than to have a rope over it - and that was a natural fiber rope, and it only contacted the upper surface of the limb.

This product is cool but I’d like to hear some actual tree experts weigh in.

As others have said, it won’t kill the tree today. But if left in place, the tree would have a hard time compensating for the inward girdling pressure when increasing cell growth. The thing that I would be careful of is bark damage. Like our skin, the tree’s bark is its first line of defense against infections and other stressors like temperature, excess or lack of moisture, etc. If the straps don’t damage it, then that’s probably fine, and I hope there is a pad under the ratchet, because that levering action will dig in when being tightened.

The last thing is it looks like they have it in a big oak. I’d be careful about trees with softer bark like ash and birch. Even big pines. The oak is probably fine.

What I don’t understand is why don’t they just place 6 or 8 tall vertical 2x4’s or 2x6’s and then put the straps around THAT, and then the tree is sandwiched inside a casing. Assuming the pressure isn’t too great, the tree keeps being a tree inside the contraption with minimal contact with the stair supports and so, less bark damage.