A local Chicago theater company put on a production of this and it was absolutely amazing.

while i do love the book, along with almost every other discworld novel, it is definitely not the most stand alone book as both Pyramids and Small Gods are much more self contained.

It is hard for me to say this, but I thought this was the worst of the Discworld novels. It’s the only one I couldn’t finish. Even more than his tendency to recycle his own jokes, Pratchett’s hamhanded crusades against straw men ruined many of his later books.

It’s a good one. I personally think Unseen Academicals and Small Gods are the best but it really is just a matter of taste I think.
I’d agree with malakith that from the mainline DW books Small Gods is probably the most self contained. If we included ALL the DW books then I’d make a strong argument for The Amazing Maurice and his Educated Rodents taking that honor.

Monstrous Regiment is an excellent read - it’s probably one of his most subtle stories, and does a surprisingly good job of tackling the awkward difficulties that transgender people face in the earlier stages of transition.

I disagree with @DevinC’s comments about “going after straw men”. Of the Discworld novels it is certainly one that takes on some serious social commentary on multiple levels (trans issues, feminism, gender roles, ongoing conflict in the Balkans, etc). It is a bit of a blunt instrument in its commentary, but then again, I didn’t expect Pratchett to be “subtle and refined” commentary either.

That said, I don’t think it’s the strongest Discworld story by any stretch. Several people have pointed to Small Gods, and I would agree it is one of the best of the DW stories. I will submit that both “The Truth” and “Going Postal” are strong stories with both good humour and some fantastic social commentary. (Social Commentary that will piss off anyone who is a fan of Thatcher and Reagan)

I was just about to post the same thing: Their Maledict was wonderfully hammy in his/her quest for coffee, and the troll was terrific too. One of their best. They put on a lot of fantasy and science fiction, including Mieville’s “The City and the City” in recent years.

I particularly like the way Monstrous Regiment builds, slowly but steadily, as Polly starts to figure out more and more of her companions. On my last reread, I noticed just how smart Polly is and how good a tactical sense she has, which had partly slipped past me on the first read.

I don’t know whether it’s the “strongest”, but it’s definitely my favorite, though by only a slim margin over Going Postal. My family has been reading all of the Discworld books this fall, and I couldn’t wait for my wife to get to this one. It didn’t seem to grab her the same way though.

BTW, it’s not just ‘Polly Oliver’, there’s a whole sub-genre of traditional folk ballads about women going off to join the army (or navy) in drag in pursuit of their missing lover, brother, or what-not.

It really is one of his best books. And not for any political or didactic reasons, either. For the quality of the story, the characters, and the writing in general. Any political alignment the book shows with the forces of good is just a bonus.

Coincidentally a radio dramatisation of ‘Small Gods’ is currently available (in the UK at least) on the BBC iplayer.

How many book are there with titles based on Knox’s? Marie MacPherson and Eric McCormack have apparently both written novels called ‘First Blast of the Trumpet’.

Gaiman said it wasn’t region locked, BBC radio (sport aside) isn’t generally. I was going to be giving it a try soon.

Bittersweet interview with Gaiman about it. 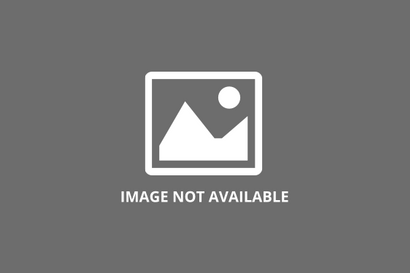 "Time is running out": Neil Gaiman on why Radio 4's Good Omens is really for...

In his only interview about the show, author Neil Gaiman tells Stephen Kelly why now was the time to adapt his and ailing friend Terry Pratchett's apocalyptic comedy. “I want Terry to be able to enjoy this while he's still able to enjoy it”

That was Good Omens, not Small Gods, I’d forgotten about that one. Both are apparently available for a couple of weeks still.

I’m very fond of Thief of Time, myself; it has a certain refinement about it that is missing from the other Pratchett books I’ve read. But then I haven’t read Monstrous Regiment, Small Gods, or Unseen Academicals yet.

I read Monstrous Regiment when it first came out in paperback, but wasn’t much taken with it (which is to say I thought it was a good book by most people’s standards, but lacking something as a Pratchett).
Recently I’ve been reading through all of the Discworld books, so I re-read Monstrous Regiment a few weeks ago and found myself enjoying it much more.
Partly I think it was that I was paying more attention this time round as I already knew the twist, and it definitely rewards a close read, so that you notice more of the jokes. (I think every time I re-read a Pratchett I notice another joke I missed all the times before).

I’m not sure where DevinC’s strawmen came from, in general the characters in the later books get more complicated, not less.

May I suggest trying some of his YA stuff. Or all of it really. I particularly like Wee Free Men.

ime, myself; it has a certain refinement about it that is missing from the other Pratchett books I’ve read. But then I haven’t read Monstrous Regiment, Small Gods, or Unseen Academicals yet.

I envy you, still having unread Pratchett books to get to… I don’t know what I will do when there are no more to look forward to…

I’m not sure where DevinC’s strawmen came from, in general the characters in the later books get more complicated, not less.

That deserves a fair answer.

A lot of the later Pratchett books make me feel like I’m being lectured to. “Obviously bad thing is obviously bad,” Pratchett thunders, “obviously.” The fact that people believe things we think of as obviously bad do so for reasons which make sense to them given their assumptions, and that they’re not stupid or evil, and that perhaps our own Western-liberal assumptions might also benefit from being scrutinized does not seem to make it into the Pratchett universe.

(At this point I would like to point out I have never written Small Gods, and were I able to produce a comedic work of this caliber, I would melt into a puddle of joy at being able to contribute to the happiness of the human race.)

Later Pratchett villains are generally stupid, or scenery-chewing baddies, or both. The racism against dwarves, for example, is always of the cartoonish personal-bigotry variety, never of the more damaging systemic sort. Occasionally, early on (such as in Mort, or before Vetinari really became truly benevolent) you get the idea that maybe the villains had a worldview they found self-consistent, and that they might have a point. By Jingo, not so much. The Moral of the Story has to be written in big block letters (ESPECIALLY WHEN DEATH SAYS IT EXPLICITLY, WHICH IS OFTEN) and it always confirms whatever assumptions the reader had going in.

(I would like to further draw attention to the fact that I haven’t written Sourcery, or Eric, or The Colour of Magic, and that even despite his sentimental moralizing and paper-thin villains Pratchett still produced works of minor genius with incredible consistency at an astonishing rate.)

When I started reading Monstrous Regiment, I already knew girls can do everything boys can do. I don’t remember the book very well, but that’s the lesson (among others) I felt was hammered home in the first chapter and then relentlessly pounded from there on in. I remember thinking, “Yes, I know, what else do you have to say on the subject?” and gradually realizing Pratchett didn’t have anything else.

Surely Strata is the most self-contained. Probably also the least-read.

Thief of Time is also great, especially if you picture it as a Matrix parody.