One of those bubbles made me rush to Google

On her birthday, I give the wife a Denver Snuffer. She’s floating on air for a month after that.

Institution purporting to know and disseminate “The Truth” doesn’t like “the truth” being known.
Peculiar.

One of those bubbles made me rush to Google

I assumed it was the nickname for a serial killer.

I was born and raised in Utah. Up until a certain point in my life, I could have ended up being a “good” Mormon. But alas, my brain kicked in and I said to myself “Wait a sec, this ain’t for me!”. A few years I found a lawyer in Utah that will get your name removed from the Church records (sort of like leaving the Catholics, but without being considered EVIL!!!). I emailed him, gave him the info he requested and within a few months, it was done. I was no longer part of LDS Church and was free to frolic in the fields of freedom

Anyhow, I am surprised the Church is just now responding to the whole thing. It is probably due to the fact that young people don’t view same sex marriage as that big of a deal. They also view the people who get their magic underwear in a knot about it as out of touch and don’t respect them. They then leave the Church which means less money flowing into the Church coffers…

free to frolic in the fields of freedom

I guess they expect some “incredulity over Church history,” but somehow I get the feeling the Mormons didn’t want us to find out more about “John Dehlin” and this “Denver Snuffer.”* Now, thanks to their sleazy attack lawyers, I got curious. Hope they’re all listening to Streisand about now.

[* damn, not as gruesome as I thought]

[* damn, not as gruesome as I thought]

I assumed that it was a Mormon dutch oven…

Mightn’t they reclaim your name after you die?
I have a brother who’s trying to do that with dead relatives.

I assumed that it was a Mormon dutch oven…

I thought it was a sort of extra-high-cholesterol omelet.

I assumed it was a Mormon elder who turned out to be a serial killer who videoed his acts. Unfortunately, it’s just the name of a nut who talks to God, who tells him the LDS Church isn’t conservative enough.

They can and they have gotten in trouble for that. They don’t get that other people may not want to change religions even after they have passed on. But then the Church is the “one true church on Earth!!” so it’s not an issue!

They recently got called out for baptizing Chief Seattle, Sacajawea, Geronimo, Crazy Horse, and Hitler…again. 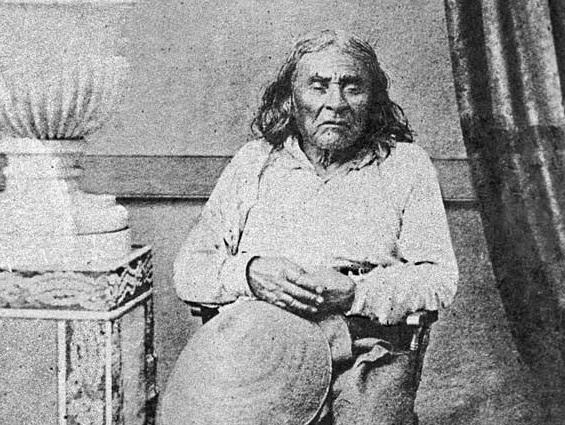 Chief Seattle was secretly baptized by Mormon church after his death, leak shows

The website MormonLeaks says Chief Seattle was baptized posthumously in the Mormon church.

It may mean less income but there’s a lot of wealth and I think that’s the worry. Because if there’s ever a major, central line split, the Corporation is going to have to divide that wealth. And that could be a problem, because there’s never been much transparency in how that accumulated wealth has been collected and spent. If there’s a break, that’s going to end up in the courts. A lot of former Mormons have been poking at the financials for years because they saw malfeasance, but keeping people interested in accounting is difficult. Having grown up in Mormondom, my best guess is mostly incompetence driven malfeasance (Because it’s all volunteer) but I wouldn’t be surprised if there’s malice driven corruption, either.

The little schisms – the FLDS et al and the reform movements on the left – are small. They’re building a movement, but they’re not taking 10 or 30% of the membership. And that is what the Corporation wants to prevent.

Why are pornography and chastity side by side? Maybe because both lower the birthrate?

In othe words; it’s just going to happen and there’s nothing that can be done about it.

i’m actually nervous to google the Denver Snuffler, but i also really really WANT to google it.