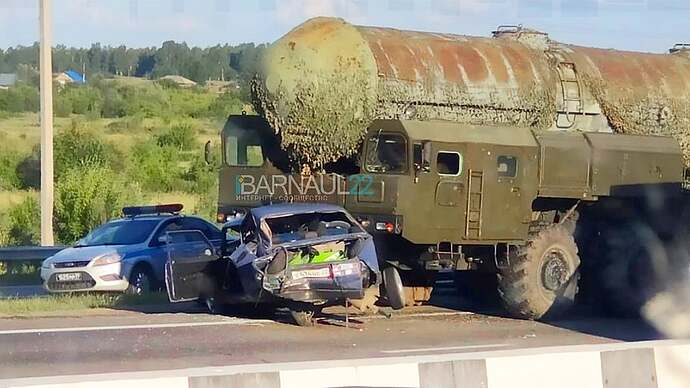 The accident happened with an obscure training vehicle used to teach Russian Army drivers how to handle an ICBM carrier on the road. 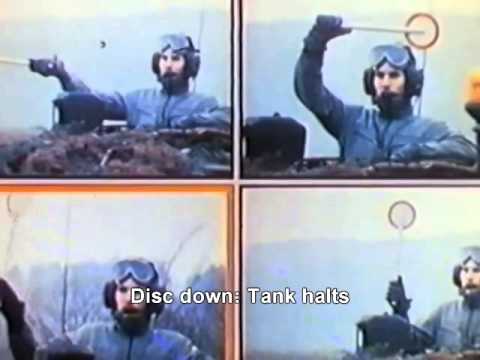 We had to have a warning telling drivers to keep back 50 meters from our tanks. The jet turbine exhaust would easily melt the grille on a fancy BMW. 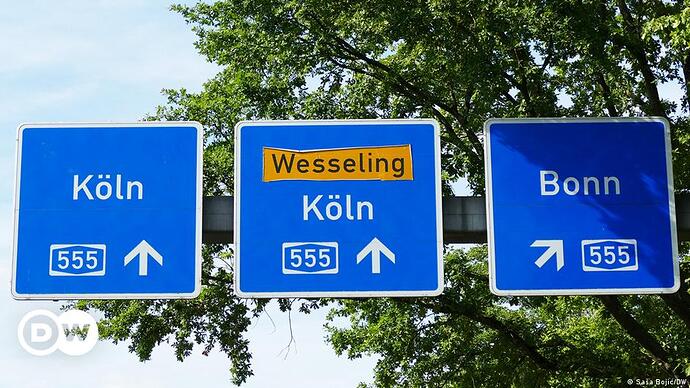 All over the world, it's the first thing many think of in connection with Germany: the autobahn. A dense network, smooth asphalt, no speed limit. However, it was not, as many believe, a creation of Hitler and the Nazis. 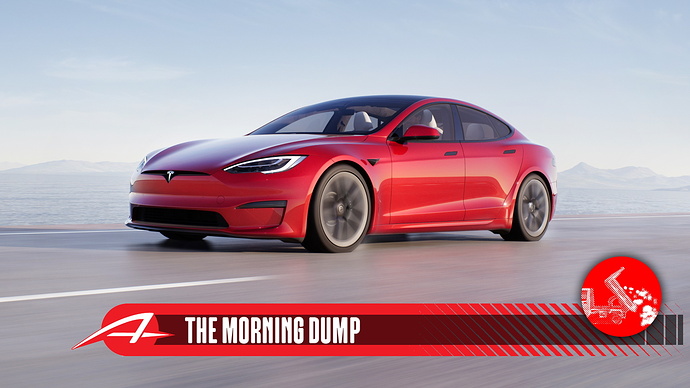 Today on The Morning Dump: California DMV has a problem with Tesla, more of the same with used cars, Maserati launches 10-year extended warranty, and more.

Turn out that a company getting rid of their entire PR department, as Tesla did a while back, doesn’t actually solve a company’s public relations problems. I hope California finally cracks down hard on the “autopilot” and “full self-driving” bullshit.

Given what the new BMW grille looks like, that would be doing the world a favour.

Future evolution of the kidney grille: 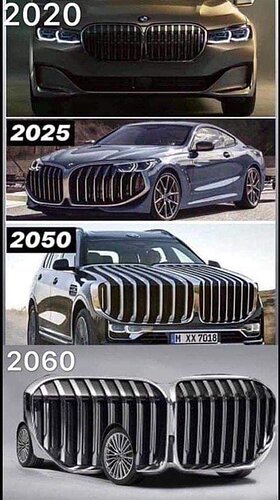 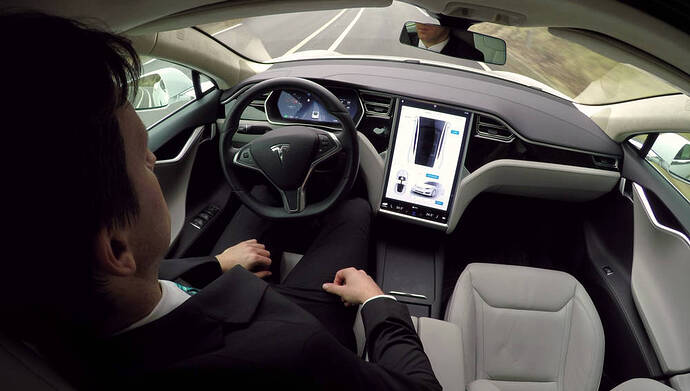 The California Department of Motor Vehicles (DMV) last month filed two complaints against Tesla alleging that the car marker violated state law by misrepresenting that its vehicles can drive autonomously.

The complaints [1, 2] [PDF] were filed with the Golden State’ Office of Administrative Hearings (OAH) and allege that the company violated its manufacturer and dealer Occupational Licenses.

“The actions are separate from the ongoing review of the intended design and technological capabilities of Tesla vehicles,” a DMV spokesperson said in an email to The Register. “Because this review is ongoing, the DMV cannot discuss it until it is complete.”

Tesla did not respond to a request for comment. 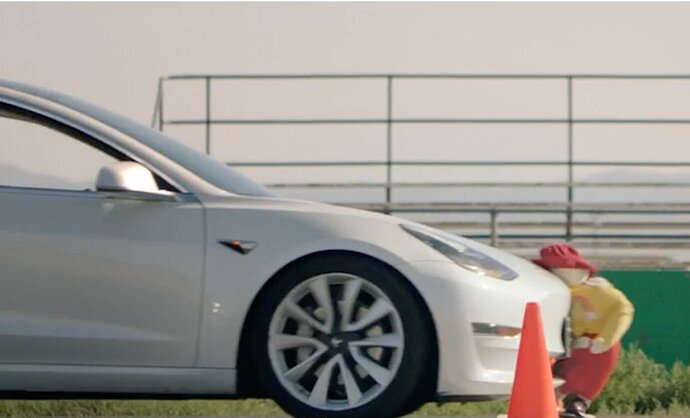 Tesla FSD fails to brake for dummies in testing

The latest version of Tesla’s Full Self-Driving (FSD) beta has a bit of a kink: it doesn’t appear to notice child-sized objects in its path, according to a campaign group.

In tests performed by The Dawn Project using a Tesla Model 3 equipped with FSD version 10.12.2 (the latest, released June 1), the vehicle was given 120 yards (110 meters) of straight track between two rows of cones with a child-sized mannequin at the end.

The group says the “test driver’s hands were never on the wheel.” Crucially, Tesla says even FSD is not a fully autonomous system: it’s a super-cruise-control program with various features, such as auto lane changing and automated steering. You’re supposed to keep your hands on the wheel and be able to take over at any time.

Traveling at approximately 25mph (about 40kph), the Tesla hit the dummy each time. 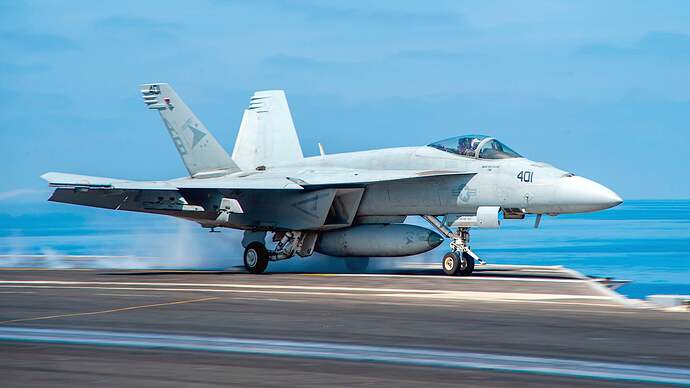 Navy Super Hornet That Blew Off Carrier's Deck Back In U.S. Hands

The Navy says it has recovered an F/A-18E fighter jet that fell into the Mediterranean Sea in a bout of bad weather. 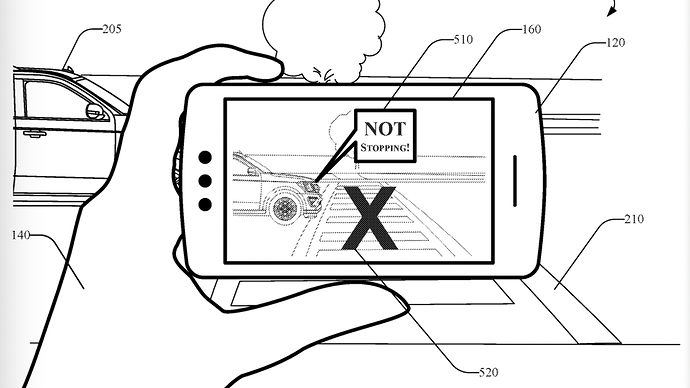 Somehow, asking pedestrians to constantly watch their smartphone to know when a car is headed for the crosswalk seems less than ideal.

An electrical engineer’s “solution” to a transportation engineer’s current living nightmare. What could possibly go wrong.

What “electrical” engineer? That would involve inductive loops and fast-trip relays or something actually reliable like that.

This is a software engineer’s solution to a civil engineer’s living nightmare. And everyone who works in IT flinched as one when they read that sentence.

I live in Detroit metro, half the people I know are electrical, mechanical or chemical engineers. My coworker’s husband is the electrical engineer I was specifically thinking of, he’s a program manager with a Big 3 OEM, this is exactly the type of solution he would come up with. He designed microprocessors before moving into management and works tightly with the software people (and isn’t wired neurotypically).

Transportation engineering is a specialty within civil engineering. They get extremely twitchy if you ever accuse them of being capable of designing water main runs or a bridge. That’s not what they do, and they wouldn’t try.

I withdraw my calumny upon transportation engineers.

Part of the reason I know so many engineers is location, the rest is education. I went to Iowa State to get an engineering degree, about 50% of undergrads were engineering majors back then. Those of us who were seeking a professional licence studied together, with as many flavors of majors as we could get along with, to pass that first 8 hour exam. Shout out to those software, chemical and materials engineers in my study group! Especially, you, Crash!

I have been IT for the faculty of Engineering at a major Australian university.

Doing Virusscan updates on a network-isolated PC attached to $1million of equipment which is still running Windows 98, can’t be updated or upgraded, and people get their data off by using random USB keys, in a wet lab of ChemEng (“do not lean on the bench. Do not lean on the bench. What is that smell?”), was not my favourite part of that job.

I know you said Australia, but I’m fairly certain that was my chem bench you were leaning on, based on the smell.

And the holes in your shirt.

And the holes on your shoes.

The decon shower is this way…

I suspect differentiations between branches vary a bit between countries. Also, academia is weird compared to the “real world”.