Looks like Trump has some competition for the some motherfuckers just want to be entertained by the world burning vote.

And a visual reference to the famous Pulitzer Prize winning photo “The Soiling of Old Glory” at the end.

“We wanted to make a positive, life-affirming video that captures American politicians at their election-year best.”

/ it’s not an election year everywhere…

Agreed. But the American elections do have an impact abroad. Whether it should or not is another matter.

But the American elections [somewhere] do have an impact abroad.

Tautology is a tautology, eh.

Do you honestly think that policies of the US, both domestically and in foreign policy, don’t effect the rest of the world? Was the inner workings of the British empire irrelevant to world events too? I’m not saying that the US is the only country that matters or that shapes world affairs, or that this is desirable, good for the world, or right. I’m saying it’s true. And of course, elections in other places matter too, but not always in the same way or with the same impact. the decisions made by the communist party in China impact world markets. The Brexit vote mattered to us as much as the GB and the EU. The ongoing purge of Turkey changes the dynamic locally and between the EU and Turkey and us and Turkey.

Saying that the US elections do matter globally doesn’t mean that it’s the only political struggle that matters. This isn’t a defense of US empire… it’s a measure of reality.

Wait, so this video was shot in London, NYC and Ukraine? o_O I want to know how and why this happened.

It’s like watching a mirror universe Hamilton. With a bit of Dramatic You Tube readings mixed in.

I don’t recall saying that US elections don’t have an impact.
I was just underscoring that non-US elections also have in impact, even to that portion of US citizens who seem to live their whole lives thinking and behaving as if the rest of the world is some impenetrable sci-fi short story-style fog that lies beyond the border, and therefore doesn’t really exist.

It’s safe to say elections for the World Nuclear Emperor of the Free Market are certain to have an impact abroad, whereas most countries are likely safe to ignore elections for the Burkina Faso PM (with all due respect to BF voters).

You got the imperial role you wanted, now own it.

“The Soiling of Old Glory”

had never heard of that picture, strange that it won a prize, seeing as it appears to be a lie:

Rakes was swinging the flag and trying to hit him, not trying to spear him as it appears in the photo, and he narrowly missed. Landsmark was bloodied during the incident.[3] An examination of all the photographs in the roll Forman shot reveals that Rakes missed Landsmark with the flag. Although anti-busing activist Jim Kelly appears to pin Landsmark’s arms behind him, he is actually helping Landsmark to his feet. Kelly later positions himself between Landsmark and the other protestors to protect the lawyer. Landsmark had already been knocked to the ground, losing his glasses and suffering a broken nose, by the time he got up the famous picture was taken.[4]

Rakes was convicted of assault with a deadly weapon and sentenced to two years imprisonment and two years probation. The jail sentence was suspended.

You’re spot on, of course. As I’ve been surfing this AM, I was keeping an eye open for pithy examples of what my first comment on the article was trying to say. Here it is:

My young colleague has just taught a baby-paren class, when she asks: “Did you know M’s father is hetero?” I’m a bit surprised at that, so don’t really react and she continues: “Yes, M has two fathers” “Ah, so you mean homo, gay” “Yes!” 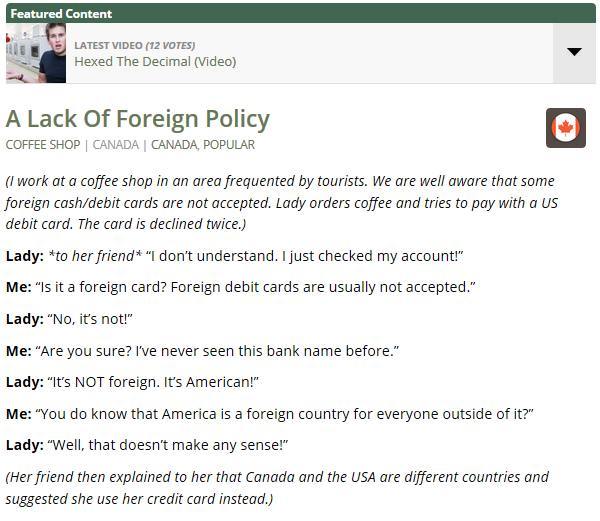 What was different from what I said to you?

it appears to be a lie

A lie? Well . . . it happened, but the still image misses details of the skirmish, I’m not sure how that makes it a “lie.” Rakes was indeed attacking Landsmark, just not trying to stab him with the flag. It won a Pulitzer because it’s a powerful image.

sure it happened, but the story it seems to be telling isn’t actually what happened.

yes, saying it was ‘strange’ that it won was not correct, obviously it’s a powerful image, and obvious why it would’ve won.

just a funny thing to think about when it comes to such photographs, I wonder how many other iconic moments out there have been used/misunderstood/exploited, for good or for ill?

Hmm. Maybe we should replace that one in the canon with this one?

(Or is this one a lie in your eyes too?) 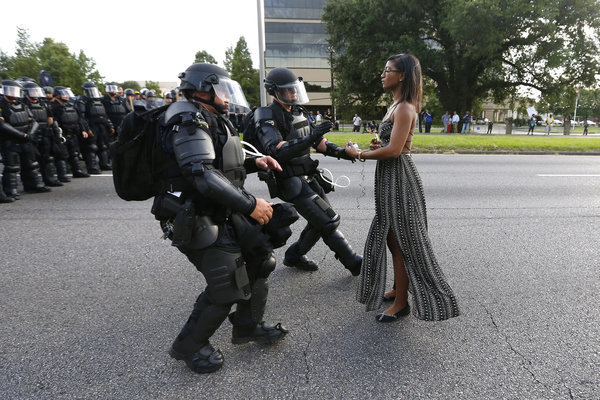 Substantially, it isn’t. My fault was that I only replied to the latest reply.