Twitter’s lawyers are correct when they say it is irrelevant to the desk Musk struck with them.

I assume this sentence is the result of an autocorrect error but I’m enjoying the image of Musk pounding his fists on the office furniture in a fit of impotent rage.

Please, sir, may we have more headlines beginning with “Musk loses…”? 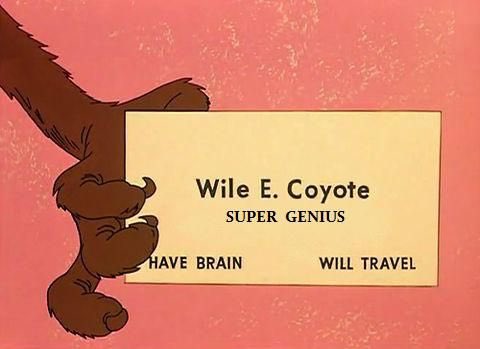 There’s a pic set making the rounds on Twitter right now of a flabby white Musk on a yacht literally being sprayed down with a hose by a crony/minion. It’s possible the knives are coming out…

I really do not understand the fascination with the bot number or why Twitter’s calculation of it is suddenly so problematic for Musk’s future plans. It seems clear from the many, many sources that Twitter’s lawyers are correct when they say it is irrelevant to the desk Musk struck with them.

My impression is that he doesn’t care about bots. He just picked a number that could plausibly be wrong and looks assailable, if not in real court then at least in the court of public opinion. It’s a way to blame Twitter for whatever someone needs to be blamed for.

My understanding (IANAL) is that Musk had his lawyers create an “AS IS” contract. Tech prices fell so Musk wants to drop be deal and NOT pay the $1B penalty. Twitter didn’t breached the contract so he’s hoping the public won’t notice he screwed himself out of $44B.

The bot number should have been examined before he signed the paperwork. Since the deal is not contingent on that, he screwed himself by failing to do due diligence and can’t easily renege now. Glad the court is shutting him up quickly, because he really is doing harm here, as much as I don’t care about rich corporations and their wealthy investors. Since the SEC won’t crack down, hopefully a court of law will.

It seems like a dangerous game for a guy that receives so much of his validation and self esteem from twitter to try to prove that it’s largely fake.

LegalEagle breaks down Musk’s stupidity: He wants to buy it to control the bots; He doesn’t want to buy it because of the bots.

I’m guessing that he would be happy to pay the $1B to get out of it, but that isn’t necessarily an option. Twitter is suing to force him to pay the full $44B and complete the acquisition. I can’t really see the actual merger going forward when Musk, twitters employees, and twitters advertisers and twitters users don’t want it although it certainly wouldn’t be the craziest thing to happen. I am assuming instead they are going to try to force him to pay a much larger penalty, such as something like the $8B lost valuation of twitter since the deal was announced. Honestly an $8B outright loss is probably still way better for Musk than any deal where he ends up owning twitter.

I hope this Delaware court burns his ass to a cinder and makes him pay the agreed upon $44B.

Musk never intended to actually buy twitter. They honked him off and he decided to throw some of his considerable wealth around to damage the company. It seems to have worked so far, but Musk faces some expensive consequences, probably more than the $1B escape fee.

In particular, I don’t think Musk walking away is a ploy to negotiate a lower sales price - he doesn’t want it and the twitter board would face shareholder lawsuits if they agreed to that. Most likely the two sides will settle for some amount greater than $1B but less than $44B without transferring ownership.

Note that twitter can still sue in regular court (as opposed to Chancery court) for monetary damages if they are unsuccessful in getting specific performance or an attractive settlement. But Chancery court is faster and has higher stakes, so it gives them more leverage to force Musk into a settlement.

Musk also doesn’t appear to have a lot of appetite for long, drawn-out things that he constantly loses in the news. He’ll settle sooner than later if the court doesn’t just slap him down hard and quick.