I think I see one woman in the background of this photo Musk recently tweeted but it could just be a dude with long hair. 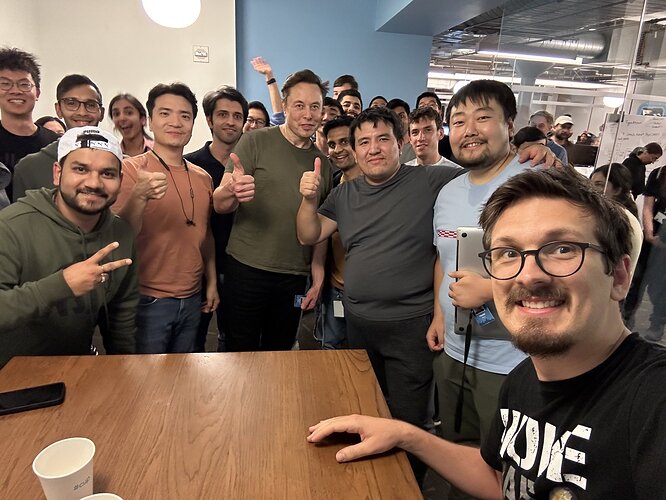 You can almost smell the B.O. wafting off this photograph and that was before Musk demanded people start sleeping at the office and fired all the cleaning staff. 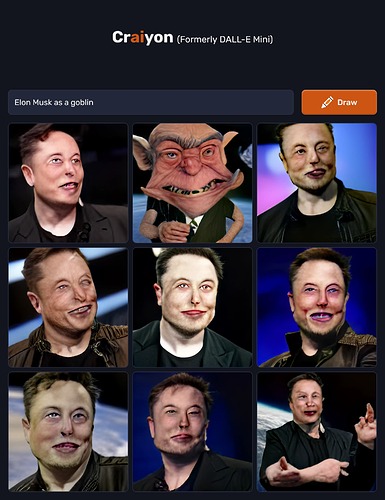 Elon’s gonna be named Person of the Year by the American Bar Association for his efforts to keep lawyers gainfully employed.

I think the accusations are valid, and at the same time wonder how those ratios happened. Seems unlikely that it was an explicit “get rid of the women” order, so my guess is managers just got rid of their “most troublesome” reports (as defined via sexist bias).

Good luck with the lawsuit, Mush has had it coming for years!

I can see three - one third from the left, and another two behind the glass wall on the right (which is really just a glass ceiling turned sideways).

What, another discrimination lawsuit against one of his companies?

More on Tesla lawsuits. Hope all those suing the firm get their cases resolved (and full payment) before the company’s finances hit a suspicious downturn:

I can see three

That’s a bit open to interpretation based on presentation, but of course I have a strong feeling that if there had been anyone there previously who’s presentation did not match their AGAB they would have been among the first to be dismissed.

my guess is managers just got rid of their “most troublesome” reports (as defined via sexist bias).

I think it was even more arbitrary than that, based on how they were laying people off without apparent rhyme or reason (i.e. just randomly declaring someone wasn’t vital - often when they were; examining their recent code submissions, as if they meant anything…). They really weren’t bothering with concrete justifications at all, with plenty of room to just go by gender or age or name.

Considering women were the original “Computers” it’s very odd there are so few at these tech companies.

Seems unlikely that it was an explicit “get rid of the women” order, so my guess is managers just got rid of their “most troublesome” reports (as defined via sexist bias).

It definitely doesn’t need to be explicit to have that effect, and even Musk probably wouldn’t be stupid enough to put “let’s focus on firing the women” in writing. As the article notes, women are statistically more likely to take family or medical leave than men, so going after workers who take family leave would definitely result in more women losing their jobs.

women were the original “Computers” it’s very odd there are so few at these tech companies.

After dealing with the Matilda effect, discrimination, pay inequity, hostile work environments, and overt resistance from C-suite tech bros to industry recommendations designed to correct those problems, it’s really weird women aren’t sticking around for more abuse or lining up at similar firms for more of the same.

Next they’ll be leaving to start their own businesses, people will publish lists of the firms that treat them like valued members of the team, and those tech bros will be left wondering where they all went. /s

Those execs might one day wonder why their myopic, misogynistic worldview led them to fail in a marketplace full of consumers who are different from them. After all, they’ve been invested for so long in creating and maintaining echo chambers or using every way possible to exclude “others.” They’ll probably think it’s really weird that most marginalized people react to their setbacks, misfortunes, and problems like this: