Mysterious hole appears in the floor of a 175-year-old New England house, attempting to swallow the owner

doesn’t say if he found a safe while he was down there, but I bet he did

As WTNH News explained mansplained, this gaping hole was a well, actually

This is a reasonably apt metaphor for living in 2020.

Heh. Speaking of Old New England Holes. I’ve lived in this neighborhood for almost 20 years and just found a hiking trail unknown to me less than a half mile from my house. I went to explore it after I got home from work and just got back. Halfway up that trail there is a shale quarry that must be from the earliest settlement - probably the early 17th century. I came upon it from above and could not see the bottom. I worked around the trail to the bottom and could see where people had cut solid chunks out of the rock. It was badly overgrown and hard to see the extent of it. Kind of scary. Weird how stuff like this can be tucked away so close to home and you’d never know it.

Yay, firsties on Amityville Horror reference. They forgot to mention how much blood was in this well…

… probably the early 17th century. I came upon it from above …

Please rewrite this and use the adjective “eldritch” and possibly mention passing “rotting gambrel roofs” as HPL always did.

This is actually about 5 miles west of Newburyport, which is where Shadow Over Innsmouth starts.

Please rewrite this and use the adjective “eldritch” and possibly mention passing “rotting gambrel roofs” as HPL always did.

Even more importantly, someone or something needs to “shew.”

The man got to the top of the well, looked at his news alerts, and told the firefighters to lower him back down.

And just as an alternative to the HPL references;

When the man reached the top of the well, he told his rescuers, “Drums. Drums in the deep!”

Regardless of said hole’s location under the 1981 addition, how would you possibly get any sleep ever again in that house???

And why the H would the 1981 owner do this?
“Nah, don’t bother fillin it in, might need access some day. Plus, cool Halloween pranks.”

They were clearly getting ready to show the house via Berkshire Hathaway and their agent told them to just throw some planks over it. Caveat emptor, bitches!

It’s New England. Could be Lovecraftian, could be King, could be Hill… have you guys just considered that they may be documentarians and just avoid the area entirely?

“Drums. Drums in the deep!”

This nearly happened to me in Massachusetts. It was an 1835 farmhouse, with an ell that projected back from the main house. Previous owners had expanded that ell to be longer, wider, and two stories…but it turned out that the original ell had been built basically on the ground, with a single row of rocks under the timber sills. We discovered this when the swarm of winged termites appeared in the kitchen in that wing for the 2nd year in a row. Much of the structure (post and beam, sort of…) could be pulled out by the fistful.

In houses this old, the kitchen ell usually projects off to minimize fire risk, and there’s often a string of attached structures, built to lesser standards and likely to change over time.

We had to rebuild the kitchen/bath/laundry that occupied this early ell by supporting the newer structure above it, removing all the bad structure, install a real foundation for 20something feet of perimeter, and then put it all back. Permit paperwork headaches delayed this to the point where we had a builder start to do this in November, and he soon had a 20’ hole in the side of the house. We were removing the various floor layers in 4’ x 4’ chunks, cut through with a saw and removed at the same time, standing on the dirt not very far down. The last such chunk was in the inner corner of the part being removed, and as we levered it up to remove it, I nearly fell into…something.

We found, fairly flush with the 5 layers of subfloor, a ring of loose stones about 2’ in diameter.
Lowering lights and an early Sony camcorder on a rope showed that the water level was 14’ down, and the well widened as it descended…was roughly pear shaped, no mortar at all, and we could see various pipes down there…this explained some of the mystery pipes projecting into the adjacent fieldstone basement. Further investigation of the subfloor strata showed holes in the first few but nothing in the upper more recent layers, so it’d been “lost” for quite a while, but was probably used with a vertical pipe and pump in the early kitchen, like those jack-handle ones you see occasionally in westerns.

Knowing what often falls into deep holes/wells/outhouses and isn’t retrieved (who wants to?) we were wondering what was down there in the silt…but it was November in New England, we had a 20’ missing wall in the house first floor, no kitchen, and about 4’ of dirt to remove before we could put in a ‘real’ enough foundationt to support the new wall. I also didn’t want the house to collapse into this potential sinkhole or hellmouth…and so rather than shovel dirt UP and OVER, we took advantage of the pit by shovelling the dirt into it, stabilizing the cavity in the process.
I think it swallowed pretty much all of the dirt, and we didn’t have to pay to remove it via the baby backhoe. Some tamping, tipping of large upper loose stones, and a concrete cap wall poured at the same time as the new foundation finished the job. Whatever was down there, be it demons or lost gold coins, it’ll have to wait for the next major renovation, or perhaps Oak Island prospectors.

But I was very happy not to fall in that hole. Shortly after, a local man was trapped in his basement by an old collapsing fieldstone foundation he was messing with, and I felt like we had done the right thing…but I still wonder. Probably nothing but old well pipes…

We figured that the well could have been dug behind the main house before the ell was built, or perhaps at the same time as the original foundation (itself only 2/3rds the length of the house).
Quite a bit of stonework, with static water level 14’ down in winter, very likely much higher and closer to the kitchen floor in the spring, based on other spring basement floods that made sense in retrospect…

Tracing deed transfers back to the beginning didn’t have much detail on structures, mostly land boundries, but I did find that I have the right to water livestock at a nearby spring, originally part of the property. That land has since been a golf course, and soon to be a housing development, so probably not very useful these days…perhaps I should have kept the well… 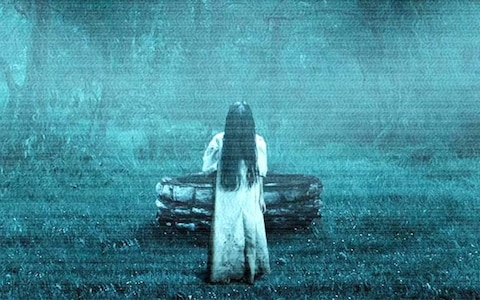 Whatever was down there, be it demons or lost gold coins, it’ll have to wait for the next major renovation