“Senator Cruz has been a strong supporter of Jewish issues, and this was the basis for the donation.”

In which universe!? Cruz is a Christian Dominionist who only supports Israel because he thinks it’ll bring about the Second Coming!

I think that the hardline, right-wing Zionists align with the dominionists because they both get something out of the arrangement, the zionists get foot soldiers for backing US support of Israel in congress and the dominionists get to look like they are supporting Israel and on the right side of history.

But here’s the thing: Right-Wing Israelis aren’t representative of all of Israel; they are a coalition of political parties. Zionism is the belief that Jews have a right to a homeland (and it is frequently used as a snarl word, so I’m going to try to avoid it here). The Dominionists don’t care about Israel, or Jews, outside of rare cases. We’re just objects to them for bringing back Jesus Christ. Cruz only supports Israel to appeal to his voter base and because Netanyahu’s supporters are the Republicans natural political allies.

So, saying that “Senator Cruz has been a strong supporter of Israeli issues” would have been more accurate, but he is, in no way, a supporter of Jewish issues–not when his belief system and political outlook is about as far from Jewish teachings (and his own religion’s teachings) as one can be.

All this statement does is conflate Diaspora Jews with Israelis–again!–and make the rest of the world that much less safe for us.

Which is why I didn’t say Israelis or all Israelis or all zionists or Jews. I’m well aware of the differences at play. I said a particular political group, which are, I think, accurately described as right wing zionists - Likud and the groups right of Likud, who believe in a greater Israel and reject anything approaching a reasonable two state solution.

Of course they don’t care about Jews… they’re like all over supremacists nationalists, they want all peoples in their “proper” place. They’d happily ethnic cleanse American Jews and think they are doing them a favor (so Jesus can come wipe them out). But it’s also pretty accurate to say that the ultra-right wing in Israel would happily get into bed with such thinking because it works out for them politically. If they can show that the diaspora are indeed in danger outside of a strong Israel, they’ll get more support for their own policies against the two state solution and Arabs/non-Jews inside Israel, and for further expansion.

Fair enough. Just, due to it being a snarl word, my usual reaction upon seeing that word being used by anyone that I don’t know as a Jew makes me jittery, and why I specified “Right Wing Israeli” in my response. In this case, my usual reaction was inappropriate and I apologize.

And, yeah, the USA right wing really doesn’t care about Jews and would ethnically cleanse us in a heartbeat. Most people don’t realize this, but, depending on the year, American Jewish institutions (synagogues, community centers, schools, etc) get attacked/defaced/threatened at a rate somewhere between equal to or an order of magnitude greater than US federal government institutions. And this is on top of us being less than 2% of the population in the USA and facing 64% of the FBI’s database on religiously motivated hate crimes.

IANAJ, but I’ve spent some time in Israel. It seems more likely that Cruz supports the hard-right ultra-orthodox religious Jews who are making a two-state solution impossible by settling the West Bank and other activities. The ultra-orthodox are not well-liked (to put it very mildly) by the mostly secular Zionists, who want to see Israel survive as a politically viable state. The current electoral situation in Israel means that the ultra-orthodox have enough political power to elect a parliament that supports Netanyahu as Prime Minister. Rather like if the US tea party had had legs and gone on to control the government. Craziness ensues.

The Texas Senator’s campaign is notable for its reliance on such individuals.

Give me a break. ALL the candidates are in someone’s pocket. Bernie Sanders is as well:

Bernie Sanders Clearly In Pocket Of High-Rolling Teacher Who Donated $300 To His...

BURLINGTON, VT—After accepting a check sent to his campaign office by a local elementary school teacher, presidential candidate Bernie Sanders was roundly criticized Monday as being firmly in the pocket of the high-rolling educator who had donated...

It’s obvious no one can be trusted in 2016 and we should just sit the election out at home.

Well the guy can’t be too smart, giving that much money to someone who has absolutely zero chance at becoming president. Low social intelligence.

And just like him, they refuse to serve in the military.

That’s not necessarily the goal. The idea could be to keep him in the race long enough to get the eventual nominee to move their stance closer to Cruz’s. This is just a way to direct the conversation.

my usual reaction upon seeing that word being used by anyone that I don’t know as a Jew makes me jittery,

I can totally understand that… No worries on that account - I just wanted to be clear on what I meant and to let you know I understand the differences.

You should know that I tend to be a pretty strong critic of Israel in regards to the occupation, but I also understand the roots of modern zionism, given the strong anti-Jewish sentiment in the US and Europe historically and in some cases, still ongoing (though some of that antipathy in the European right wing is now turned towards European Muslims). I do believe in accuracy in political language, especially in cases like this which are incredibly hot topics.

This was part of my point, actually. The Israeli right and religious republican right are firm allies because they have a common goal of greater Israel.

Well the guy can’t be too smart, giving that much money to someone who has absolutely zero chance at becoming president. Low social intelligence.

That’s not necessarily the goal. The idea could be to keep him in the race long enough to get the eventual nominee to move their stance closer to Cruz’s. This is just a way to direct the conversation.

On top of that, Ted Cruz is a senator that can return corporatist favors within his current position even after he loses.

Such a thing of beauty watching all these alpha sugar daddies nurse their little beta Republican whores. If there was only some alternative to the corruption on both sides… 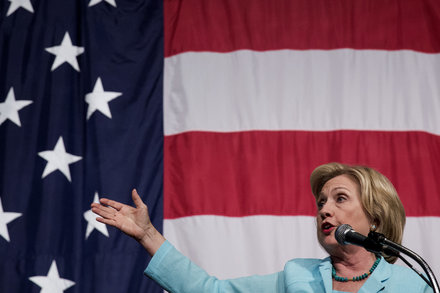 Mrs. Clinton’s campaign, with a focus on campaign finance reform, has seemed reluctant to change its tactics even as Republicans draw big donations. Greater Israel Hebrew: ארץ ישראל השלמה; Eretz Yisrael Hashlema) is an expression, with several different Biblical and political meanings over time. It is often used, in an irredentist fashion, to refer to the historic or desired borders of Israel. Currently, the most common definition of the land encompassed by the term is the territory of the State of Israel together with the Palestinian territories. Earlier definitions, favored by Revisionist Zionism, included the territory of the former Briti...