Mythbusters is coming to an end

There was a myth going around that medieval siege weapons would be useless against modern homes.

I have to say I have mixed feelings here. This used to be one of my favorite shows on TV, must watch, when it first aired. Over the years it took a down turn as they began to run out of real myths to bust and began to delve into more silly things like obscure hollywood stunts that no one ever thought was possible or even plausible. I especially did love how they brought in the Mythbusters Jr. crew to do sub mini-myth busting. Some of their experiments were way more intriguing than the main Mythbusting. I also liked the theme episodes…mythbusting Star Wars, Bond, etc.

But ever since they dumped the secondary team and went with just Adam and Jamie…it wasn’t the same. I felt the worst change was how they altered the format of the mythbusting to have more “elaborate science/math explanations” which only detracted from it and didn’t add to it. no pun intended there.

Sad to see it go, but all good things and such. It had its run.

The future’s open wide. This is also a belated farewell to Craig Ferguson as host of The Late Late Show. I was a fan of the guy back when he was still Bing Hitler.

Maybe I’ve missed it, but I’ve never read anything that discusses it.

Somebody explained the basics of it in a recent Mythbusters discussion thread here… I’m not sure which one. Maybe the Walter White automated gun thread?

I’m developing some new kinds of robotic firefighting vehicles to help with the massive forest forests we’re dealing with in the West.

Forest forests are the worst kind of forests. You can’t even see the forest for the forests.

I’m expecting the robot that will fight these forest forests with fire to look something like this: 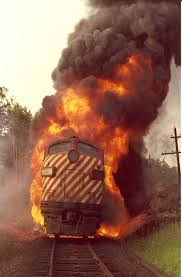 Huh, I’d never seen them talk about their off-screen relationship (or lack of) before, but I guess it’s pretty much what I’d have expected given the personalities that come across on screen.
I wonder how they persuaded Jamie to go in front of the camera in the first place? Although his obvious slight reluctance to be centre of attention actually made me enjoy the show a lot more.

Still, they did have one of the best jobs in TV.

[quote=“HYNEMAN”]
if I’m doing something in front of the camera, it takes 5–10 times as long (…) I’m like a race horse attached to a freight wagon.[/quote]
More like a robotic freight train on fire attached to a horse analogue (also on fire).

You present it in a way that’s interesting and easy to follow. But I want to circle back to actually doing build projects where I don’t have a bunch of film people getting in my way and manipulating what’s going on.

Aw Jamie, you loveable curmudgeon, you.

First, we’ll run some simulations of the show ending, maybe build a scale model, then we’ll get as much explosives as we can and just blow the whole thing up

I enjoy the show and wish them well. Their science was at times a bit dumbed down, but better than 99% of what passes for science in the public eye

They made a device that replicated the typical toast-knocked-off-table motion and found that it did indeed consistently result in toast falling butter-side down, which is entirely consistent with established mathematical models … and then quietly disregarded it and continued building something else entirely.

That’s science. They went beyond just seeing how many flips toast will take on its way off a table and tried to find out if butter sides, as independent variables, had a greater than chance effect on which way toast lands.

There had better be a number 451 on the front of that train.

I know the show is US-based, but for scientists and engineers everywhere, can they please do any future shows using metric units?

I think the UK voiceover did use metric, with the exception of miles.

I only just now realized that Ron Swanson was basically a version of Jamie.