Velma Smith isn’t too far away

ACTUAL FOOTAGE FROM THE RAID:

It looks like it may have gotten a lot of views. I hope it helps their impending initiative pass, and pass with large margins. $60,000 of U.S. taxpayers’ money was spent that day to yank 44 plants out of the ground.

Though the officers and Guardsmen had a lot of military-surplus gear, they didn’t actually have a warrant.

Oddly enough in this scenario the lack of a warrant is possibly the least troubling thing about it.

That sounds like they was using up a whole lot of cop equipment. I hope they at least got plenty of 8x10 color glossy photos with circles and arrows on them. 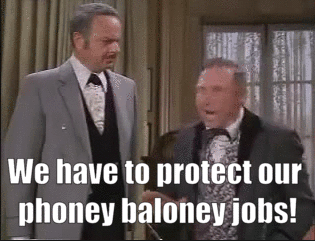 You mean they didn’t seize her house, too? What amateurs!

Pulling up Giant Ragweed in pursuit of illegal pot plants = schaudenfreud, especially if you’re allergic.
Shoots, if you want to weed something, my yard awaits.