All presidential candidate Marine Le Pen is saying is that those in power are responsible for the terrible things that happen. It’s an odd campaign motto, admittedly, but it probably sounds better in the original German*.

France, like many other nations, has trouble admitting any past wrongdoing. When French bureaucrat Maurice Papon was finally tried and convicted of crimes against humanity – for organizing the deportation of nearly 1700 French citizens of Jewish ancestry – there was lots of talk about how France was finally opening up about its shameful past. Some people pointed out, however, that there was no talk whatsoever of prosecuting Papon for his involvement in the 1961 Paris massacre, when the police force that he headed murdered as many as 300 Algerian protesters on his orders. It seems that it’s easier to talk about things that happened more than half a century ago (while still hiding behind the ‘no true Frenchman’ defense) than to admit to more recent problems.

Of course, Marine’s papa was a paratrooper in the Algerian War, so I doubt she’ll be talking too loudly about French colonial misbehavior either, for fear of offending daddy’s friends.

That phrasing seems so unbelievable I wanted to check the original quote.

Someone who knows the language better, does s’il y a have the same implications as if there are? As in, not even taking it as certain that there are any responsables at all, in a mistakes-were-made kind of way? I wish so badly our world wasn’t being drenched in this kind of indifferent bigotry.

My grandfather’s first family – wife, and two little girls – were exterminated after being rounded up in a suburb of Paris during the war. So, FUCK YOU.

Meanwhile, +20 folks from anti-UE Le Pen party are scrutinized by French justice: they were payed at the European Parliament while they never actually worked there… 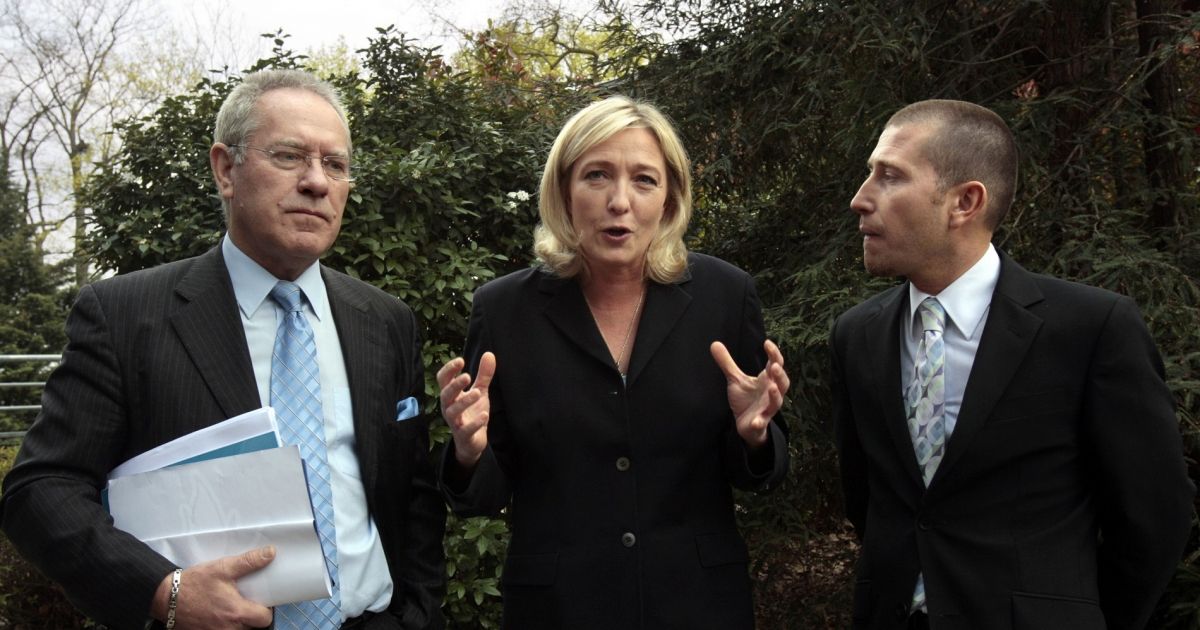 I believe this is known as the “No True Frenchman” fallacy.

Someone who knows the language better, does s’il y a have the same implications as if there are? As in, not even taking it as certain that there are any responsables at all, in a mistakes-were-made kind of way?

Yes. That is exactly what is being implied. She’s leaving it in very much in question that anyone was responsible, but if somebody was, then it was those in power at the time, not “France”.

Now, obviously, we can’t rule out the possibility that the 75,000 or so Jews who were deported from France didn’t just show up at the railway station one morning and ask for a one-way ticket to Dachau. You weren’t there, I wasn’t there, who’s to say it couldn’t have happened? But in the purely hypothetical case that, say – and this is really just for the sake of argument, you understand – if French civil servants and police were somehow involved in handing over tens of thousands of their fellow citizens to be murdered (and I’m not saying they were), why, those civil servants and police don’t represent the values of the majority of real French people, who were all - to a man or woman – resolutely against such a thing.

A few bad apples, folks. Nothing to see here. If it even happened at all.

The French government wasn’t complicit. They were an active participant.

Some French observant Jews were actually suckered into supporting or at least turning a blind eye to this fascist because they somehow thought that this time the FN would put its long-held anti-Semitism behind it as it focused on Muslims (many of them perceive them as a common enemy). What a bunch of myopic and pants-wetting rubes.

The concept of a Jew (or LGBT person) supporting right-wing populist or ultra-nationalist parties never ceases to amaze me.

I can almost imagine a bunch of uniformed brownshirts lecturing anti-fascist demonstrators that “…you guys are the REAL Nazis.”

Isn’t there a kind of ironic wish in every hater of fascists to see those fascists experience the exact thing which sane people would hope to stop them from ever doing?

So, because of that, being a denier of French complicity in the holocaust is fine?

And while we were all rolling our eyes at Marine’s little gaffe, the White House boldly stepped up to cover for her, sending Sean Spicer out to deliver a jaw-dropping piece of Holocaust denialism all of his own. Things move so fast around here, it’s hard just to keep up.

That’s quite a tell on Spicer’s part – feeds right into the ultra-nationalist idea that Jews are never real citizens of a nation-state.* I’m sure Richard Spencer was nodding along with that one.

[* Israel now excepted, but of course we know their plans for that country]

I can almost imagine a bunch of uniformed brownshirts lecturing anti-fascist demonstrators that “…you guys are the REAL Nazis.”

The American GOP is rapidly working to change that.

the White House boldly stepped up to cover for her, sending Sean Spicer out to deliver a jaw-dropping piece of Holocaust denialism all of his own.

Christ on a stick up a tree, what the actual fuck:

"He brought them into the Holocaust centers, I understand that," Spicer said. "But in the way that Assad used them, where he went into towns and dropped them down to innocent in the middle of towns," he added, defending his statement. "I appreciate the clarification, that was not the intent."

The emphasis is mine but I believe I share the incredulity.

Those Jewish supporters are mostly pieds-noirs, or former french Algeria inhabitants. They hold an enduring resentment against the Arab.

Well Spicy is right, but mostly in the sense that Hitler took their citizenship away before gassing people. So they weren’t “his own people.”