Will my insurance know if I burn my bacon too often?

To say it in a more constructive manner: who gets access to the data generated?

The highest bidder, of course.

But it’ll be “anonymized” so that makes harvesting everything about you totally okay.

Only the fire department but don’t worry, the data is anonymised! They won’t know it’s you.

I don’t know about this. I’ve read a few bad anecdotal stories about Nest smoke detectors on Twitter, and reviews were mixed: 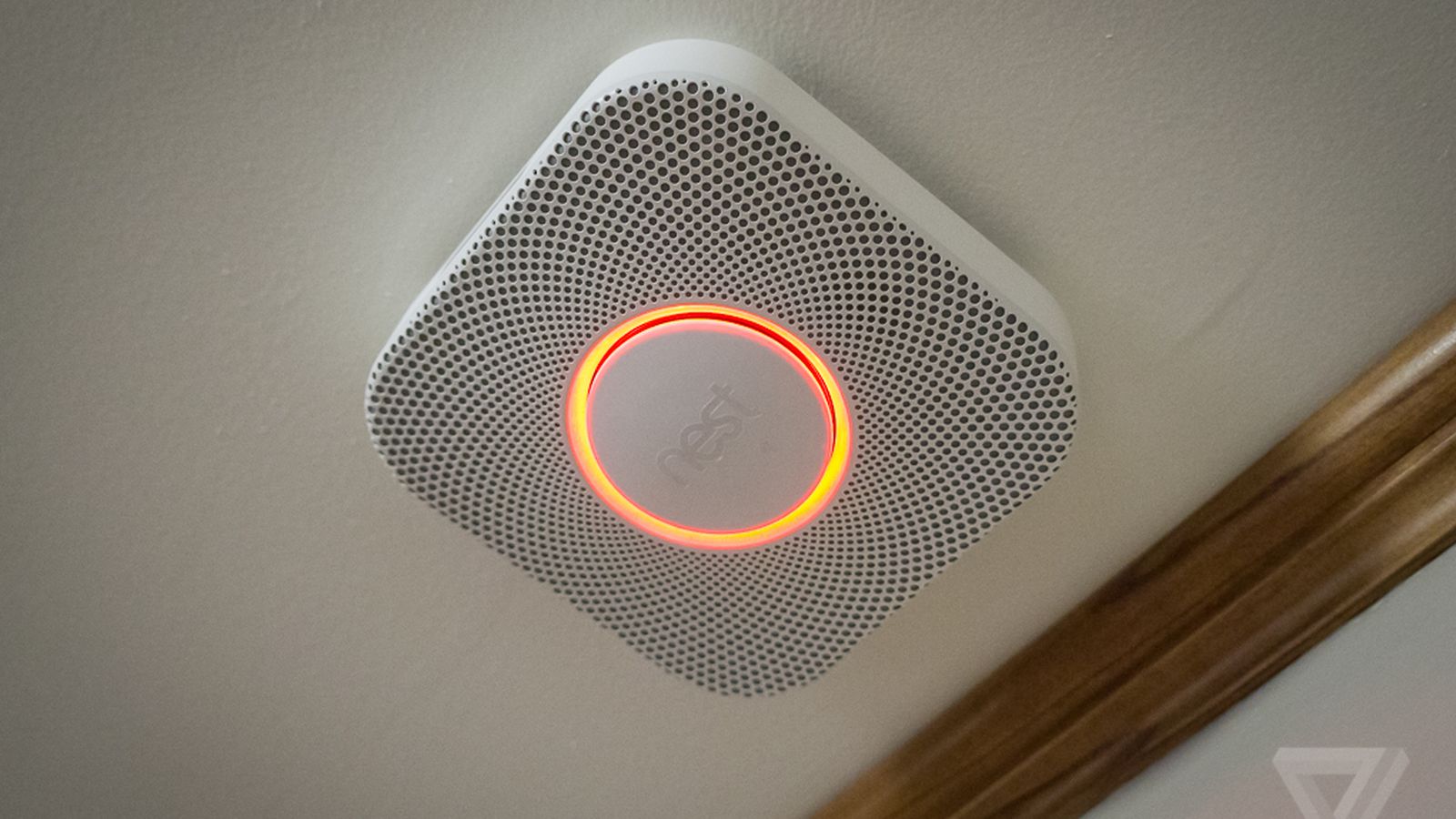 Smoke detectors are boring. They’re not attractive, not fun to deal with, and probably came with the house or apartment when you moved in. They make themselves known when you’re cooking and burn...

Looks like they pulled the gesture-based dismissing of alarms that was referring to, though.

It’s also hellaciously expensive for what it is IMO. At least the Nest thermostat can save you money by being a lot smarter about when your heating and cooling runs. No such luck here.

With this – and many other internet-of-things products – it’s simply overkill.
I’d rather see a dumber sensor that plugs into and talks with software on one of my existing devices.

Of course, there’s not much value in that for the seller.
So, here we are, plugging yet another hobbled computer into our networks.

Don’t forget the high one for the rising smoke, and the low one for the heavy, sinking CO.

Wired with battery backup is better, and you can get them for about $20.

I really want one of these but a lot of reviews say they have many false alarms.
For pet owners a $100 detector is worth the price for the peace of mind while you are away. If I got a text I could call a neighbor to check it out. But until they fix the false alarms I’m staying away.

“simply waving your hand underneath it, turns the alarm off”.

What, really? Nest says no (https://nest.com/ca/support/article/Nest-Protect-Safety):

I thought maybe the review was from before April 2014, but it’s dated today. ???

I purchased a ‘kitchen’ smoke detector (they’re less quick on the trigger, so you can usually burn the pancakes and/or bacon a little without triggering an alarm) with a bright white light, and a TEN YEAR battery (roughly the life of the isotope in the detector).

Unfortunately the Nest alarms don’t work with other brands, so you have wired alarms you need to replace every alarm in your house with a Nest. For me that would be 11 alarms, a very expensive proposition. I like the idea (already have a Nest thermostat) but the high price means I’m not going to do it.

I had two of these, ordered the day they became available. Both failed. Twice. In both cases, the CO2 portion failed altogether, of course in the middle of the night (2am and 3:30am), resulting in scaring the hell out of the dogs, giving my elder son nightmares for a couple months (no, seriously), and freaking everyone else in the house out. I love my Nest thermostat, but the Protect’s (v1) are junk.

I’m a bit disappointed in mine. My apartment window is right next to exhaust port for the furnace for the entire building. I wanted to know how much the CO levels in my suite rose when I had the window open.

Alas, the software won’t tell you the CO level. Nor will the programming API. It’s just alarm or no alarm.

I’ve got one, and I don’t know that I’d recommend it. It does the things it says it does – alerts you gently before sounding the alarm at full volume, self monitoring it’s status, etc. The bit about waving never worked, even before they disabled it in Apr-2014 or whatever, so people can stop talking about that anytime.

The detractors that make it very irritating for me are:

So, yeah, I would love it about 100x more if the mute button just worked, and if it would go to sleep for a fixed amount of time, and call it a day.

Check out the comments on both the cool tools review and the amazon reviews - sound like a whole lot of dud happening with this one.

I had one of these and it was an unmitigated disaster. Ran through batteries in weeks with no low-battery warning(and it takes odd, expensive batteries), uncancelable nuisance alarms at midnight, just an absolute mess. And of course never a word from Nest support. It’s sitting disassembled on my desk now from the last time I had to pull it apart to shut it up, and I doubt I’ll put it back together again.

I don’t know if this was a bad unit that made it through QA or if they just never tested outside of Mountain View, but the total lack of support for these issues was an absolute deal-wrecker. Do not buy this lousy product.

As Nest is owned by Google, assume you’re paying $100 to help build up the NSA database on what goes on in your house, with frequent software updates over which you have no control and little transparency.

Does it have a learning function like the Nest thermostat, so that over time it knows how much CO I can tolerate before dying?

simply waving your hand underneath it, turns the alarm off

So no flailing your arms as you run screaming from the house?

That’s all I got.

I have two of them, and I’m happy with them.

To preface: I moved into a new house early this year, and the house had smoke detectors that were very clearly beyond the 10-year useful lifespan of most detectors, so I had to replace them. I also have a dog that thoroughly freaks out at the sound of electronic beeps (especially the alarms and the “low battery” chirp of most smoke detectors); add to that the fact that the dog is also a nervous urinator, and you’ve got a poorly-timed disaster just waiting to happen. This seemed like a fine opportunity to upgrade to the Nest Protect.

What I like: the thermostats know where they are and talk to each other and yes, to Nest’s (now Google’s) servers. I get a voice telling me specifically which detector has picked up smoke, so I have a good idea of where the issue lies. The voice also precedes an actual alarm sound, so I have a buffer of time to get the dog out of the house before the alarm frightens her. Triggering an alarm (or losing power to the alarm) also sends a notification to my phone, so even if I’m away from home, I get notified that something’s going on. The mobile app also allows me to keep track of when the last alarm was, and when I last tested the alarms. The “nightly promise” and nightlight features are a tad gimmicky, but I’ve come to appreciate them for what they are: sufficient confirmation that the alarm is actually working, and sufficient light for making one’s way down a dark hallway in the middle of the night.

What I don’t like: Nest disabled the “wave to dismiss” functionality shortly after I installed my Protects. They’ve promised to re-introduce it once they work out the bugs, but I’m not holding my breath on that one. I’ve also had exactly one unexplained false alarm. One of my Protects erroneously reported a rise in the smoke level, and I could not get it to dismiss the alarm. The non-existent smoke apparently dissipated minute later and never came back. This was odd because, while I was cooking in the kitchen, I wasn’t producing any smoke. Also, the alarm that went off was in the upstairs hallway, but any smoke produced in the kitchen should have triggered the downstairs Protect first. That incident was months ago, and no further false alarms have been reported.