Originally published at: New bookstore owners discover secret room and under the shop with tunnel down the street | Boing Boing

my first thought on seeing the headline was “booze runners” – sounds like i was right, lol.

Reminds me of the crimping tunnels myth in Portland. The tunnels and basements were likely for other criminal behavior like gambling and liquor and prostitution.

I’m soooo envious of people who discover secret tunnels/rooms under (or in) their buildings.* The excitement! The history! The creep factor! It’s all good. There are certain cities where it’s just not that unusual, urban areas with long histories and reasons to have secret or underground spaces.

*Old tunnels, that is. Not discovering the neighbor has been secretly undermining your foundations with illegal excavations - that sucks. Or what sometimes happens in cities like New York, where a room/tunnel is uncovered, and it’s full of rats. Lots and lots of rats. On second thought, maybe I’m not so eager to find a secret room under my home.

The tunnels of Moose Jaw, Saskatchewan were used by Chinese immigrant workers and later by rumrunners with connections to Chicago gangsters to store booze prior to shipping it across the border. Rumour has it that Al Capone visited.

Whatever the facts, it’s an interesting tour.

Talk of discovering underground spaces puts me in mind of “The Keep”.

@teknocholer “Come on, it was only one ostrich!”

“Come on, it was only one ostrich!”

Talk of discovering underground spaces puts me in mind of “The Keep”.

That is my ideal scenario…

A friend of mine grew up in Windsor and his grandfather ran rye down to Detroit when the river was frozen. He has some amazing photos of it. This was apparently a pretty common thing (not like it’d be hard to get caught doing that) but the local authorities didn’t care as long as you were only moving a carload here and there. If you weren’t organized crime, they apparently mostly left you alone. 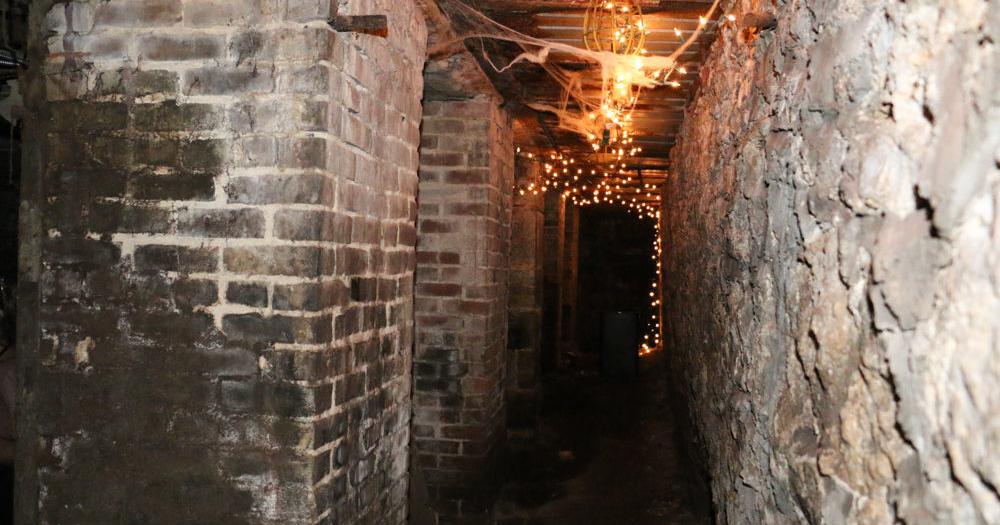 A 200-year-old system of tunnels exists beneath the sidewalks of Leavenworth, home to part of the Underground Railroad and allegedly hosting paranormal activity.

Secret room under a bookstore? Might be quite handy soon, considering.

Lagrangeville, New York police found seven live sharks and three dead ones in a basement pool inside a home. The sandbar, leopard, and hammerhead sharks were between two and four feet long. Accordi…

Yup. There are lotsa old cars on the bottom of the Detroit River: ice ain’t always as thick as it appears. The Yankistan-bound ones may still bear some of their cargo.

Meanwhile, in the room above…

puts me in mind of “The Keep”.

What a classic. Break out the Tangerine Dream.