There is an update:

UPDATE: DC Studios head James Gunn has dismissed the report about the Green Lantern series’ cancellation and plans for a film appearance, though he provided no further details. The original article, titled “REPORT: Warner Bros. Scraps Green Lantern Series for HBO Max,” can be found below.

It’s unfortunate the Green Lantern doesn’t seem to be able to get his time to (ahem) shine, as the character and overall scenario obviously have a ton of potential.

The amount of CGI would be huge, but I guess that’s less of an impediment than it used to be.

“In brightest day, in blackest night, no evil shall escape my sight. Let those who worship evil’s might beware my power…Oh, I’ve been cancelled.” 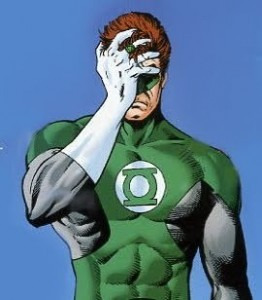 The best Green Lantern adaptation so far was TRON: Uprising