Larger phones don’t bother me though, they easily fit in my pockets and despite my dainty small hands i don’t perceive a difficulty in using them but i know these details come down to personal preference and it works for me. I also have a case that helps, i tend to like the wallet style of case… the kind that look like a passport wallet i mean. I can use the front flap to obstruct other people’s view of my phone (handy when in public or traveling), and the flap helps me hold the phone at times.

Still i do understand people’s preference for smaller phones that enable easy one handed use and frankly i’m disappointed that form factor has basically disappeared.

I would be more than happy to pay full price for an iPhone 11(-), a full featured iPhone 11 in the form factor of the iPhone 5/SE, face ID, no bezels, etc. I just have too many pairs of jeans with the iPhone 5 and SE imprint emblazoned in the right pocket. I have literally had the same SE since release day (ok, a battery change happened in 2019). Fits in the hand, my trump fingers can reach the entire screen without two-handing it. Sad. Rounded edges make the new SE even harder to hold. I think I will wait until fall, see if the “new” iPhones have a more iphone5/iPadpro edge, I guess an XR-style iPhone is worth waiting 6 months for at this point.

And she finds it usable? I picked one up for a project, they’re very hacker friendly, kind of like a Raspberry Pi with a screen a cellular and all that. But wow that tiny little onscreen keyboard! Does she like the phone?

She says she “loves her tiny phone.” But she also has small fingers so the keyboard is less of an issue for her. A tiny phone or a phone with a physical keyboard was basically the only way to get her into a smartphone. It was pretty hard to argue with the size or the price.

Sometimes I feel like Homer Simpson, and this is on an LG G7 with a 6.1" screen.

I take a lot of pictures one-handed. This has never ever been a problem with my SE. I get it now why people put those dang popsockets on the backs of their phablets.

The volume buttons on iPhones do double duty as shutter buttons when the camera is active. Might make one-handed shooting easier for you?

I used to find the 6/7/8 form factor too big, but I’m finally coming around to it.

So this new SE will probably be my next phone, but I’ll give it a year or so. My current SE is only a year old and I’m loath to upgrade while it’s still in such great shape.

I will have to experiment. Thank you for the hot tip!

The throttling is intended to stop the phone from pulling more current than an old battery can supply and crashing randomly, which is a thing that was happening before the software updates that introduced the throttling. Replacing the battery with a fresh one causes the phone to run at full speed again, and recent iOS updates have generally improved performance even on older phones.

I was told (by the Costco guy selling iPhones) that the 11 series is the last iPhone series wherein face recognition is optional because Apple intends to make face-recog-to-unlock a “feature” one can’t opt out of.

Not sure what that’s supposed to mean, but you’ve always had the option to use a passcode instead of biometrics and I don’t see why that would ever change. There are plenty of reasons you might want or need to opt out of biometrics - wearing a mask during a pandemic perhaps? For that matter, even if you choose to use biometrics, you still need a passcode to decrypt the filesystem after a cold boot.

I doubt salespeople at Costco are particularly well informed about Apple’s plans for the future.

I got an iPhone 8 a short while ago to replace my original iPhone 5S-sized iPhone SE, and have since grown accustomed to its size. Also found a real good pair of bluetooth earbuds to go with it. I’m down for this new SE as the phone I’ll be using for years to come.

The throttling is intended to stop the phone from pulling more current than an old battery can supply and crashing randomly, which is a thing that was happening before the software updates that introduced the throttling

I’ve thoroughly never bought that explanation, and that was a primary reason I switched to Android. My phones weren’t crashing before they implemented that practice, nor after they stopped. It would be one thing if they were notifying the user that they were throttling the phone because of a faulty battery. But of course they weren’t, leaving people with no choice but to upgrade their phone to replace their suddenly and inexplicably slow phone. 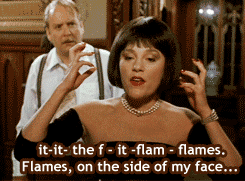 Believe it or don’t, but every phone (and laptop) is throttling its CPU all the time to stay within its designed power and thermal envelopes. Some iPhones were crashing because old batteries can’t supply as much current as when they were new, so Apple released an update to adjust the power envelope to match the lifespan of the battery. I did see random shutdowns on an old iPhone 4S toward the end of its lifespan. I’m glad my SE never started doing that!

Sure, it should’ve been more transparent, but after all the bad press they released an update which indicates when a worn battery is affecting performance. (They didn’t stop doing it, which I appreciate, because my SE still works today without those random shutdowns I saw at this point in the life of my 4S.)

Believe it or don’t, but every phone (and laptop) is throttling its CPU all the time

Yup, this. That throttling thing with Apple got all the press because it’s Apple and people don’t understand how modern electronics manage power and heat. I’m a mobile game developer for a major company that shall remain unnamed, and we deal with throttling constantly. Androids are the worst about it because they ship specs designed to sell phones, but the battery and thermal systems aren’t well designed so they throttle way down to keep battery life up and heat down. They never hit the specs advertised, but people don’t know that. Not just the CPU, either. The GPU, bus, backlight, and radios all throttle too.

Everything throttles all the time now. It’s how your laptop can go 9 hours on a battery the size of a deck of cards and not ignite your jeans in the process. Lithium battery chemistries are great, but the real wins in recent years on battery life have come from power management, and that’s throttling.

Was the SE still getting updates?

I was on the 6s because headphone port. I may keep it and root it or something since they’ll only give 80 bucks trade in and in our cyberpunk future 6s w headphone port may become like those old cuban cars that have had all the parts repaired like 20 times.

Anyways I’d suggest spring for the 256 model since they offer security updates so long and your data needs may grow but still 550 for a phone you can presumably hang onto for 5 years is pret-t-y good.

I’d be curious to hear how the 2 sim thing works since I have never done it. I’ve been thinking of moving my oldest phone number to a cheaper provider but it’s tied to a 60/mo unlimited tmobile plan I am grandfathered into and I’m not sure I want to reliquish that right in our uncertain times.

Anyways thanks @beschizza - makes me feel good my assessment pretty much matched an experts.

Was the SE still getting updates?

It’s encouraging to see that touchID is still hanging on. I dislike losing the hard button; and a surprising percentage of the users I support find the gesture Apple replaced pressing it with to be baffling.

Also nice to see a (relatively) cheap iOS offering that should have a nice long support window. Android MDM is…not so good…in addition to Samsung being a thumb in the eye; so this looks like it will be our new strongly-encouraged-default for employee phones, at least once they EOL the 8 (according to our rep, the 8+ is already heading toward the chopping block, not sure how long the 8 has to live).

at least once they EOL the 8

Pretty sure the new SE also marks the official end of the 8. But even if there are still new-in-box 8’s out there, I can’t see why anyone would choose one over the new SE.

The new SE is superior to the 8 across the board: price (and pricing for storage tiers, uncharacteristically reasonable for Apple), camera, A13 chip. In everything else, as far as I can see they’re exact equals.