The “love for Andrew Cuomo” as you call it is really just a sign of how starved the USA is for having a competent leader.

Or even just a leader who isn’t actively trying to turn the public against the media.

Or even a leader who understands and appreciates the necessity of following suggestions of medical experts.

I came to say all of this too! And unlike other governors, like Hogan from MD, or DeWine from OH, Cuomo is loud and bit of a larger than life figure. Between that, fighting with both Trump and de Blasio, he has come across as someone who will do whats right no matter what.

At least, that is my personal opinion and viewpoint.

What is interesting from my area, Gov Murphy (NJ) is instituting the same kind of protective measures and enforcement, but simply avoiding public conflict about it. Essentially not addressing Trump directly or just being passive-aggressive about Federal foot-dragging.

Of course he doesn’t have someone like DiBlasio to deal with either.

[L]eader who understands and appreciates the necessity of following suggestions of medical experts.

Suggestions like “Don’t send patients with highly infectious diseases into nursing homes”, because Gov. Cuomo sure didn’t bother to follow that one. In fact he forced the exact opposite thing to happen ignoring the objections of nursing home operators.

Suggestions like “Don’t send patients with highly infectious diseases into nursing homes”, because Gov. Cuomo sure didn’t bother to follow that one. In fact he forced the exact opposite thing to happen ignoring the objections of nursing home operators.

He forbade nursing homes from turning away people. Where they would end up going???
Hospitals in most places where nursing homes are (Upstate and Eastern LI) certainly don’t have the capacity to deal with them either. What we would have seen is nursing homes dumping old people out on the street.

“Anyone who wants to ask ‘why did the state do that with COVID patients in nursing homes?’ It’s because the state followed President Trump’s CDC guidance. So they should ask President Trump,”

Because there is supposed to be a coordinated federal response to it. Instead the president passed the buck, avoided responsibilities and obligations of the office and then attacked people who decided to take the situation seriously.

Between this sort of thing and the Branch Covidian attacks on stay at home orders, it all amounts to deflection from the utter incompetence and laziness of the president which has piled up 90,000+ dead Americans with nothing going on at the federal level to address it.

"Chinese officials are censoring or falsifying its reporting of deaths and cases, the BBC reports. "

No, the BBC reports “China is continuing to under-report the true levels of deaths from Covid-19, national security officials in London and Washington believe.”, which is a very different thing. The BBC is highly unlikely to mis-report something with political ends in mind, “national security” organisations on the other hand ought to be assumed to be lying until proven otherwise. To give something the imprimatur of “the BBC says this” when they don’t is highly misleading.

They do not however believe China knows the real figure for certain and is hiding it.

So they don’t know the real figure, but somehow they are hiding it. They just chucked their car keys in the ocean with their eyes closed.

No doubt Beijing is playing games with the numbers now that they seem to be mostly out of the woods. It’s also likely that they won’t ever release the “excess deaths” figure that is assumed to be untested COVID-19 deaths. But we really do need to avoid the distraction of the “blame China” game that Trump is playing Don’t even give it oxygen.

btw, since it’s very very plausible the death count will never go down below 1000 per day for the rest of the year unless they come up with a seriously criminal way to manipulate statistics/testing

We have a similar federal system in Australia and while the response of our federal government has been pretty good, the actions of state premiers have still been critical to the overall response to the pandemic.

It has not been smooth sailing all the way. Our two largest states have the most residual covid cases and the other states don’t want to open their borders to them. The federal education minister tried to get the premier of my state sacked for not re-opening schools (and was forced to apologize by the prime minister).

Just suggesting that even if you had competent leadership at federal level, the New York governor would still be in a critical position.

He’s active when it comes to undermining any sensible measures, though, so that his economic agenda is always a priority: 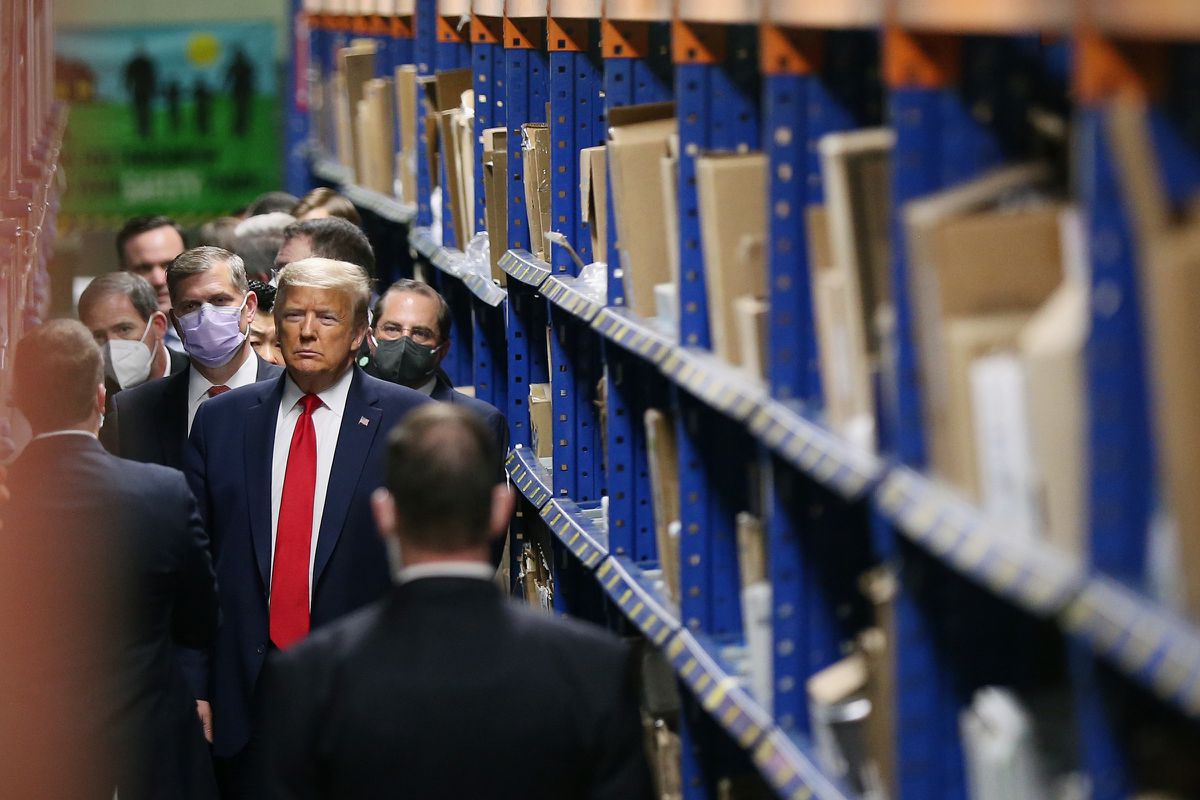 Fact-checking Trump’s claim that Wolf is keeping parts of Pa. closed that are...

Trump criticized Wold for wanting to keep parts of Pennsylvania closed that have been “barely affected” by the coronavirus. Is that true? It all depends what criteria are used to determine whether the deadly disease still poses a threat.

Pa. Republicans have a new campaign season villain and it’s not Nancy Pelosi

The GOP has increasingly focused its ire on Gov. Tom Wolf, especially after he condemned local officials and businesses as “cowardly” for planning to reopen without state authorization.

Some Philly-area Democrats are starting to lose patience with Pa. Gov. Tom...

Democrats aren’t exactly defecting from Wolf, whose handling of the crisis has won broad support in public opinion polls. But the shift is clear.

Because there is supposed to be a coordinated federal response to it. Instead the president passed the buck, avoided responsibilities and obligations of the office and then attacked people who decided to take the situation seriously.

That’s the genius of federalism-- if the president proves to be an ass, there are 50 governors who will step in to defend the libertine interest. Madison foresees all

really just a sign of how starved the USA is for having a competent leader.

Whether Cuomo is competent or not is debatable

In an ideal world that would be correct. I don’t think we can say that anymore following the IndyRef and Brexit debates, the installation of Tories at the Beep’s top and the constant (and now open) threats to its funding by a succession of Tory governments. I mean, have you seen Question Time?

Same in Germany and we tend to be praised internationally for dealing well-ish with it. There were some different avenues taken by individual states, especially at the beginning of the pandemic and during the debate about phased reopening but both the federal and state response was crucial.

The BBC is highly unlikely to mis-report something with political ends in mind,

The BBC are scared of being torn apart and having their remains thrown to Murdoch, so they are a mouthpiece for the government and far right now.

And, to be honest, the US has a general love affair with New York (partially due to media based in NYC and they generally don’t care about the rest of the state or acknowledge it but the name is the same), general dislike of a fictional version of NJ partially based on reality, MD is just that small crab state, and Ohio is either loved or ignored depending on who’s talking and how close to election night we are.

You have to work twice as hard if you’re not from NY or CA.