They also wrote “Daivd”, but maybe they got one of the four right?

Newsmax tech 1: Wait, that can’t be spelled right.
Newsmax tech 2: Oh, you know how those homies all have crazy exotic names nowadays.

You can literally count their black conservatives on one hand, with a special finger for Ben Shapiro.

"Pro-God, Pro-Gun, Pro-Trump" candidate seems to be Pro-Photoshop, too boing

I’m sure the next GOP Chud will claim a picture of a bunch of white people is evidence of their black friends. Lowering the bar every nanosecond.

I wonder if someone there scrawled a list and couldn’t remember Carson’s last name and wrote Ben Shapiro before crossing it off and writing Ben Carson, but both names were still on the list when it was handed off to some bored and underpaid staffer who made the photo lineup? Who knows. It would be so amusing and probably horrifying to see how this actually happened. 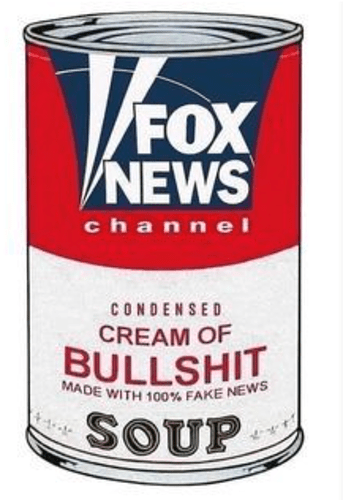 Please note that the proper pronunciation is “new smacks”. Do not grant it the respectability of sounding like a source of news.

Are we at the stage where the right-wingers are admitting that they don’t consider Jews to be white? I thought that’d take a little while longer… also I didn’t see them deciding Jews were Black, instead…

I guess women don’t count, since they chose Shapiro over Candice Owens and Diamond & Silk?

Can anyone explain why “‘Sheriff’ Daivd [sic] Clarke” gets his (elected, temporary, performative) title, but “Ben Carson” doesn’t get his (earned) doctorate?

I’m guessing the hat. (makes as much sense as any of this)

Fits right in with the GOP/GQP pro-cop, anti-doctor messaging they’ve been pushing for the past few years.

And yet: no cattle.

My serious theory here is that the original word used when this story was proposed was “minorities” which was later changed to black in some revision without regard to who was actually on the list.

And yes this is definitely them saying that they don’t think Jewish people are white.

Nah, I consider all “conservatives” to be traitors.

TIL I can name more prominent Black conservatives than Newsmax.

I think that might explain Ben Shapiro’s self loathing - he thinks he’s Black and is racist against Blacks simultaneously.

“They’ve been getting my name wrong for years, but I’ve always felt a bit awkward about pointing it out.”