Nic Cage's next blockbuster "Pig" is TAKEN with bacon 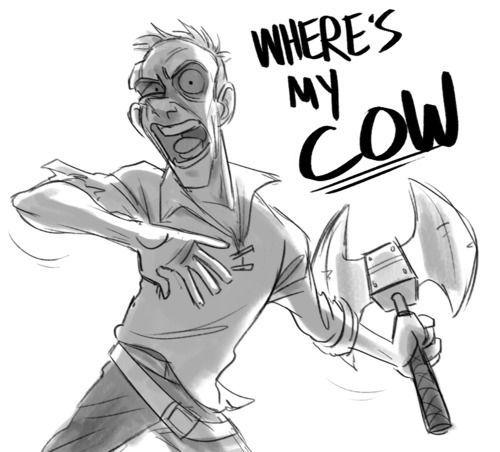 Done with Cage hamming his way through more wasted celluloid.

I have no recollection of this First Cow movie but I do think Pig looks legitimately good (flippant Taken comparisons aside). I genuinely adore Nic Cage as an actor, because he makes weird choices but always commits 1000%. Color Out Of Space might be the perfect recent case-in-point there.

Have you seen Outcast?

I swear that Cage looked at the director and said “I’m going to do half this movie with one eye shut” and the director was to intimidated by Cage to do anything about it.

but I do think Pig looks legitimately good

Oh good, not just me then…

because he makes weird choices but always commits 1000%.

Right? Doesn’t matter what it is, he brings his A game for every role, and you just got to respect that.

Have you seen Outcast?

I have not. Is it streaming on the netflix? Oh god, Hayden Christensen is in it!

Also, he’s the only good reason to watch Season of the Witch… 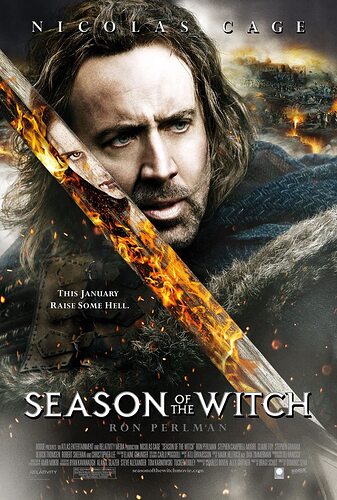 Season of the Witch: Directed by Dominic Sena. With Nicolas Cage, Ron Perlman, Stephen Campbell Moore, Stephen Graham. Fourteenth century knights transport a suspected witch to a monastery, where monks deduce her powers could be the source of the...

I seriously had to go look at my Letterboxd to see if I’d seen Season of the Witch before. I went through a bit of a Cage marathon during the pandemic and they all blur together. I haven’t seen it, now I’m excited to see Queen Elizabeth (Claire Foy) and Cage in a movie together.

If you want some severe Nick Cage meta-fuckery, do a double feature of Deadfall (1993 and directed by his brother Christopher Coppola) and it’s sequel(?) Arsenal where he plays the exact same character. SPOILER ALERT The character dies in both films.

For some reason, this made me want to see Ravenous, but with bacon.

SPOILER ALERT The character dies in both films.

Jesus Christ, I can’t wait till July 16 to find out, that got me in the feelz too strong

That gif is everything