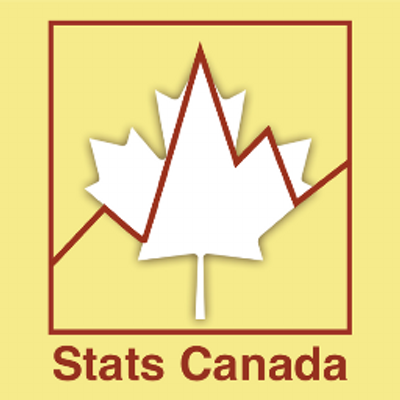 I discovered this about 3 weeks ago.

I have known what twitter is since it started, but in no way shape or form ever did anything with
even looking at tweets or anything. I considered such short blurbs vapid waste of thought.

I had a miserable day 3 weeks ago, can’t even remember what, and was intensely interested in somehow “converting” to nihilism. Started listening to black metal, and somehow, found nihlist arbys twitter page while
reading about Nietzsche and listening to Immortal.

It was a weird day. But Nihilist Arbys, with its humor, actually was what made me give up on nihilism.
I started laughing and couldn’t stop. It’s fucking hilarious. Imagine Nathan Explosion running Arbys.

Still intellectually interested in nihlism, and discovered Immortal (they kick ass), but no longer immensely depressed. As I said, it was a weird day.

I love that when I clicked “Follow” Twitter recommended me to follow the Daily Show, where Jon Stewart has been regularly shitting on Arby’s purely for comedy.

Nihilist Arbys, with its humor, actually was what made me give up on nihilism

You gave up on nihilism. That’s like, so nihilist.

But Nihilist Arbys, with its humor, actually was what made me give up on nihilism.

You don’t give up on nihilism.
Nihilism gives up on you.

[quote=“numaner, post:5, topic:62317”]where Jon Stewart has been regularly shitting on Arby’s purely for comedy.[/quote]I can hardly wait to see if he has something special planned regarding Arby’s for some point in the next two weeks.

Please enlighten an uninformed European about what is so special on Arby’s? I don’t think I heard about that chain before today.

Oh, nothing much as far as I know. I think I’ve only eaten there once or twice in my life. It’s pretty much just another fast food place of dubious nutritional quality that happens to make a sweet target for comedians. See also http://simpsons.wikia.com/wiki/Arby’s , for instance.

One of their signature condiments is called “horsey sauce.” I am not making that up.

Arby’s sells fastfood roast beef sandwiches. They taste gross. Like, whatever sauce is in it tastes like straight corn syrup. So bland, thrice-frozen roast beef+shitty, flavorless bread+sauce that doesn’t taste like anything but hummingbird food=gross.

Nathan dreams he ends up working the counter

One of their signature condiments is called “horsey sauce.” I am not making that up.

Looks like a horseradish mayonnaise. Could be actually quite tasty.
And you can make it up because recipe. (But the amount of sugar in it is suspicious.)

Even though Arby's has diversified its menu over the years with toasted subs and deli-style sandwiches on sliced whole wheat bread, it's the thinly-sliced roast beef piled high on hamburger buns that originally made this chain famous. Since roast...

…and explains the sugar in the recipe above…

Arbys is basically the fast food, shittier americanized version of a late night Doner Kebab. It has all the ideas that could make it delicious, but fails on every count.

(Joke removed for reasons relating to sensitivity and taste and philosophical consistency, and because I have to think before making a decision.)

Just to make myself clear, this isn’t meant in any sexist way. After coming back and re-reading my little joke, I fear it may be construed as a rape-culture joke… Perhaps I’ll delete it altogether if someone can explain if and why it’s problematic.

It just feels like I’m on thin ice/in a very gray area here.

Sounds like @NihilistArby’s mom asked him to start paying rent. You’ll get through it buddy!

Some of these tweets seem kind of similar to Welcome To Night Vale’s schtick on Arby’s.

Between that, this, and Jon Stewart…Arby’s sure gets more comedic attention than most fast food establishments. Except maybe Taco Bell.

And even the doughboy will one day embrace the cold darkness of death. Enjoy Arbys.