No surprise. It’s so fucking hard to give our money to truly ethical corporations these days because they pull shit like this. We try, though, hard as we can.

A list of these would be a very nice thing to have, even if incredibly short (as I suspect it must be).

As the documentary “The Corporation” pointed out years ago, if companies were actually people (my friend) they’d all be considered psychopaths. Using progressive celebrities in their ads is similar to the way human psychopaths deploy charm and charisma to get what they want. 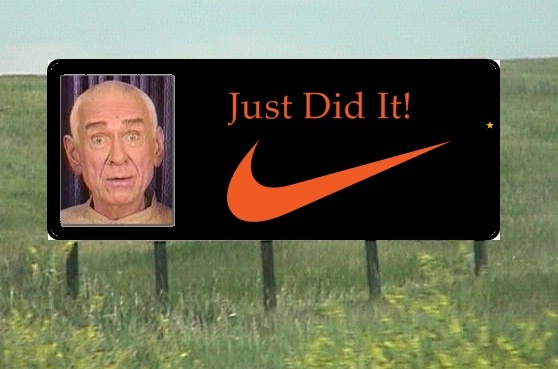 I’m trying to avoid all the horrible shoe brands, which is almost all of them, the only one I like is Etnies. I hope they haven’t just done a better job of hiding their psychotic behavior.

Why is this a shock to anyone? Companies that are tied into sports are usually intertwined with the affairs of kleptocrats.

The Olympics’ wide assortment of scandals & controversies going all the way back to Hitler literally, cities with severe homelessness in the US bullshitted into paying for billion dollar stadiums for billionaires, slave labor used in building football stadiums that will be used only a few times, the LIV tour trying to be used to convince rich people to do business in Saudi Arabia, Uyghurs being forced to sew clothes for the sporting good companies.

At what expense? So rich people can feel good by getting a few talented brown people catch or kick a ball for the public’s amusement while a significant number of said rich folks won’t do jack shit about helping other brown people unless pressed upon by outside forces? The majority of pro players will go broke a few years after quitting so even after that the sports industry does almost nothing to generate generational wealth (even considering collegiate sports programs when considering how much more colleges spend versus bringing the cost of education down if they cut those programs completely)

Yeah, no joke. They play both sides of the fence. Though when I see the donation amounts, compared to their profits, it surprises me that politicians are pretty cheap to buy favors from. Like $125k over 4 years is nothing. Though Knights donations are serious money.

Whether they agree with their politics or not, they want to buy their influence.

Knight also donated $3.75 million to the “independent” candidate Betsy Johnson who is running for governor here in Oregon. Johnson is a timber heiress notably endorsed by the goons at Timber Unity.