Edit: From the same team that created the video’s for Netherlands Second:

And the Game of Thrones spin-off Westeros:

I just finished watching this Sundays episode, I haven’t had and watched television for years but this show I’m streaming live every week.

Just a small note: the Bellevue Theatre is just where they tape the show. Zondag met Lubach is produced and aired by Dutch public broadcasting corporation VPRO.

The more things change, etc. etc. (From “The Negroes and the Gun: The Black Tradition of Arms” https://t.co/uMZa72z7E4

somewhat lost in our national narrative of the 2nd amendment are stories like these ones, of blacks defending themselves from racists. https://t.co/AajdZXT15y 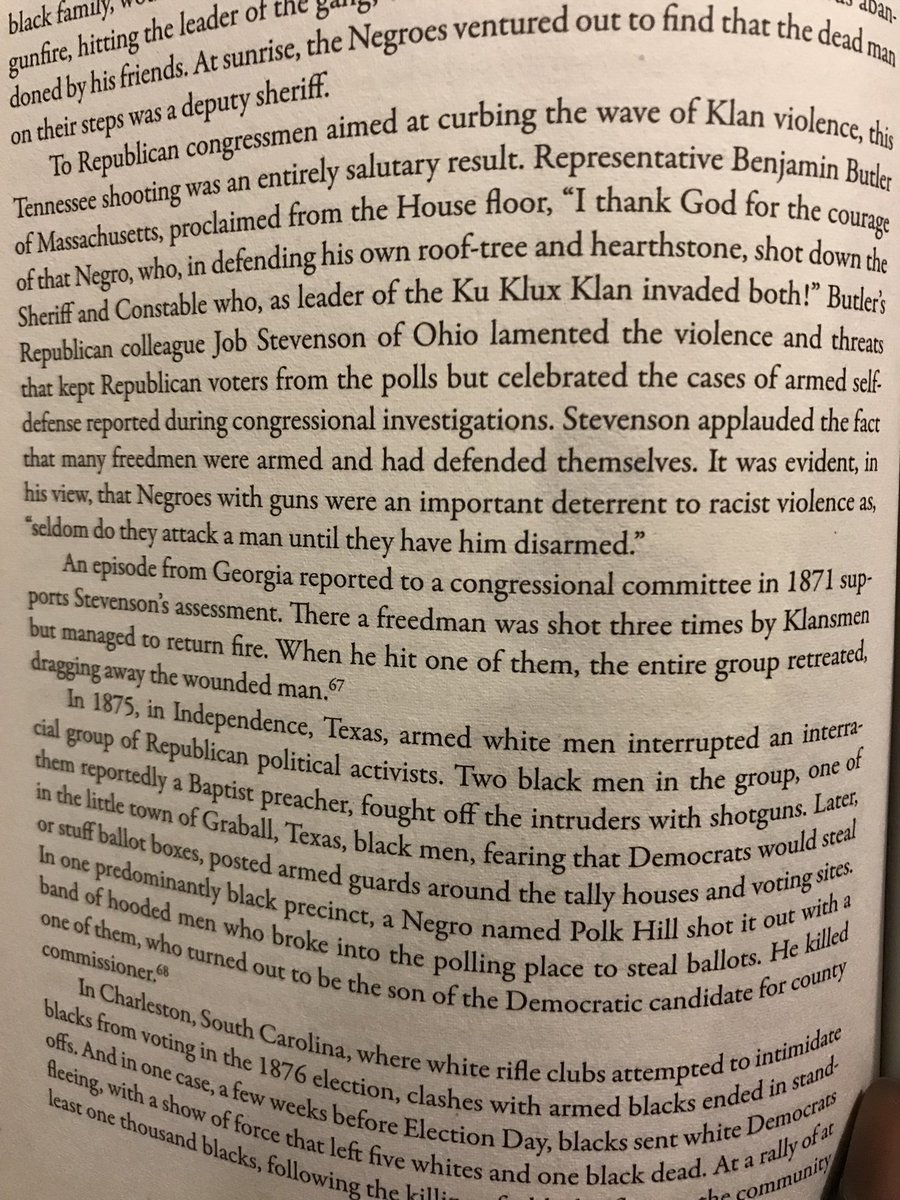 i suspect we can trace the absence of these stories to the uncomfortable questions they raise re: sources of “tyranny” in american life.

Some good material in the comments to that thread.

So is it treatable? Can I get some pills? Can I afford said pills? My insurance sucks so I pay cash.

The gun is pretty simple, solidly built device. Hardened steel, not too complicated mechanism. It’ll last a lifetime if you take good care of it (actually several lifetimes-- I have friends who own working rifles once owned by their grandfathers), the basic principle of the repeating firearm hasn’t changed in a hundred years.

This is good for the gun owner, but bad for the gun industry, like if Duracell offered a battery that lasted a decade with regular use.

The NRA represents the gun industry, not the gun owners. They want people to buy 20 guns and a garage full of ammunition, even though nobody really needs either in a relatively peaceful civilized democracy. I’ve lived in the city, I’ve lived in the suburbs, I’ve lived in the boondocks, and in my entire life I can’t think of any moment when I thought a gun was needed or would improve a situation.

The NRA represents the gun industry, not the gun owners.

If only there was a way to make NRA members realize this.

I realized years ago and left while the getting was good. My dad still doesn’t get it, but I yell at him every time I can.

If they focused on owners again, like once upon a time, and focused on more of the training and demystifying of gun related hobbies instead of spreading stupid propaganda, I’d be happy to pay them again. But well, that ship sailed years ago.

As a reasonable gun enthusiast, I wholeheartedly agree.

From a random sampling of news in today’s BBC

Afghanistan police ‘stop Kabul truck bomber’ – "The truck was carrying nearly three tonnes of explosives and two bombs which had been hidden under boxes of tomatoes, a senior official said. " – “On 31 May a bomb packed inside a sewage truck exploded in the city’s diplomatic quarter, killing about 150 people and wounding some 400, most of them civilians.”

Somalia attack: 165 unidentified bodies buried – At least 276 people have died and the government news agency Sonna says only 111 of them have been identified.

From a lengthy article just covering bomb attacks in Pakistan so far this year :16 February - At least 88 people were killed and over 350 others injured when a suicide bomber blew himself up in the Shrine of Lal Shahbaz Qalandar in Sehwan, 125 kilometers north of Jamshoro.

37,000 or so people will die under the wheels or behind the wheel of cars and trucks in the US this year alone

How many people have died in Europe in the latest trend in gun free countries of driving cars or trucks at high speed into large crowds?

And throwing acid at the faces of people you don’t like is also a hot trend in England and probably other places.

I’m sorry, what epidemic where we talking about? Violent people (and stupid, careless people in auto deaths) are the problem, not the modality used.

Mass shooting of the sort that just occurred are so rare as to be almost random blips but truck bomb attacks are a muli-time a day occurrence worldwide.