I’d just like to say that I did a mental doubletake, because, was that comic done by Pendleton Ward? It totally has a very Adventure Time look to it. 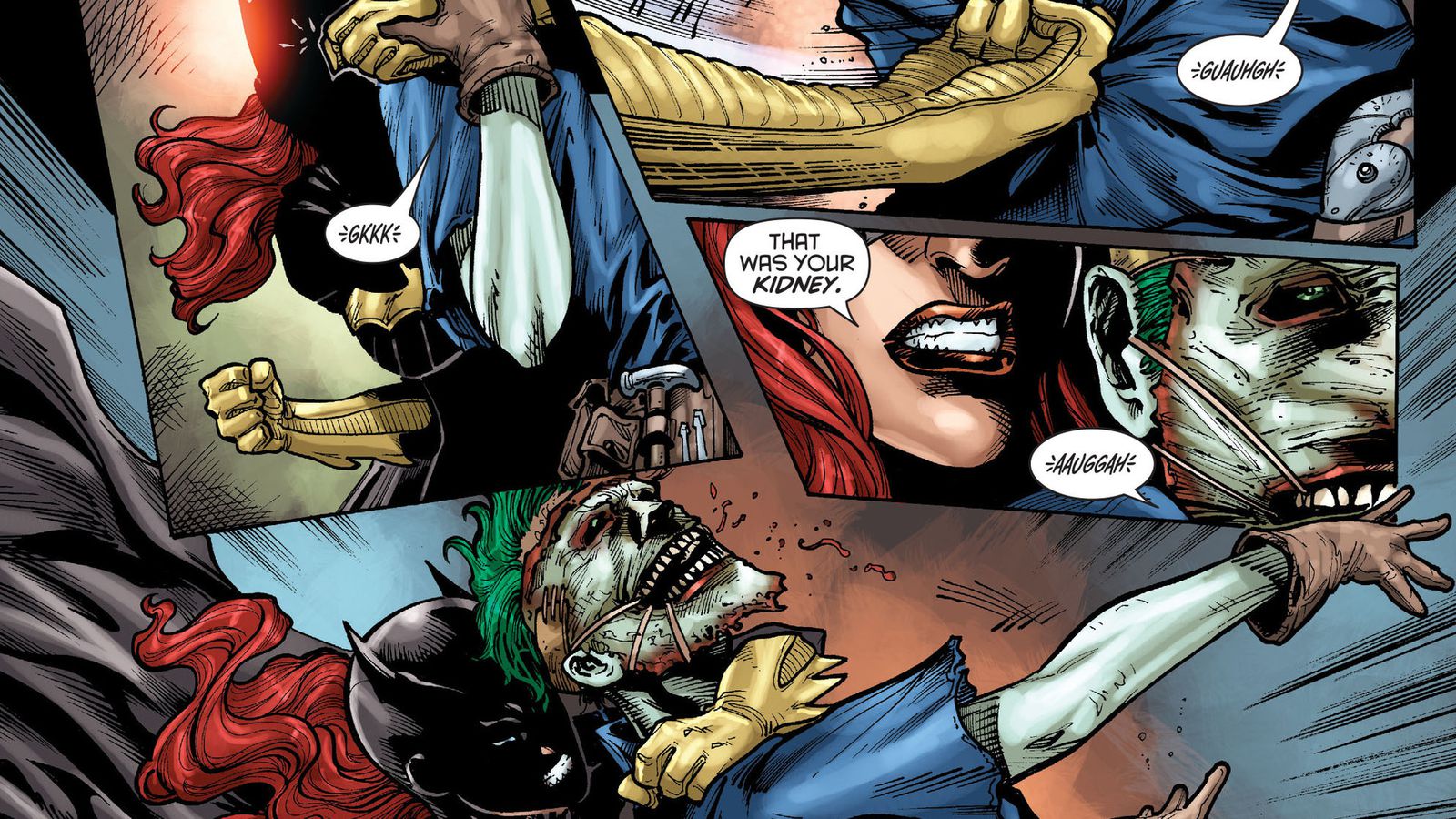 DC Comics has announced that it will not be printing a controversial variant cover to Batgirl #41, at the request, and with the support, of the artist who created it and the creative team behind... That Batgirl Variant Cover: What It Means To New Readers

By now, you know that there is a series of variant covers that DC Comics is putting out across all their titles in June to celebrate the 75th Anniversary of their most popular villain, The Joker (like the one above by Javier Pulido for Catwoman #41)....

Or the Chris Sims online harassment one… 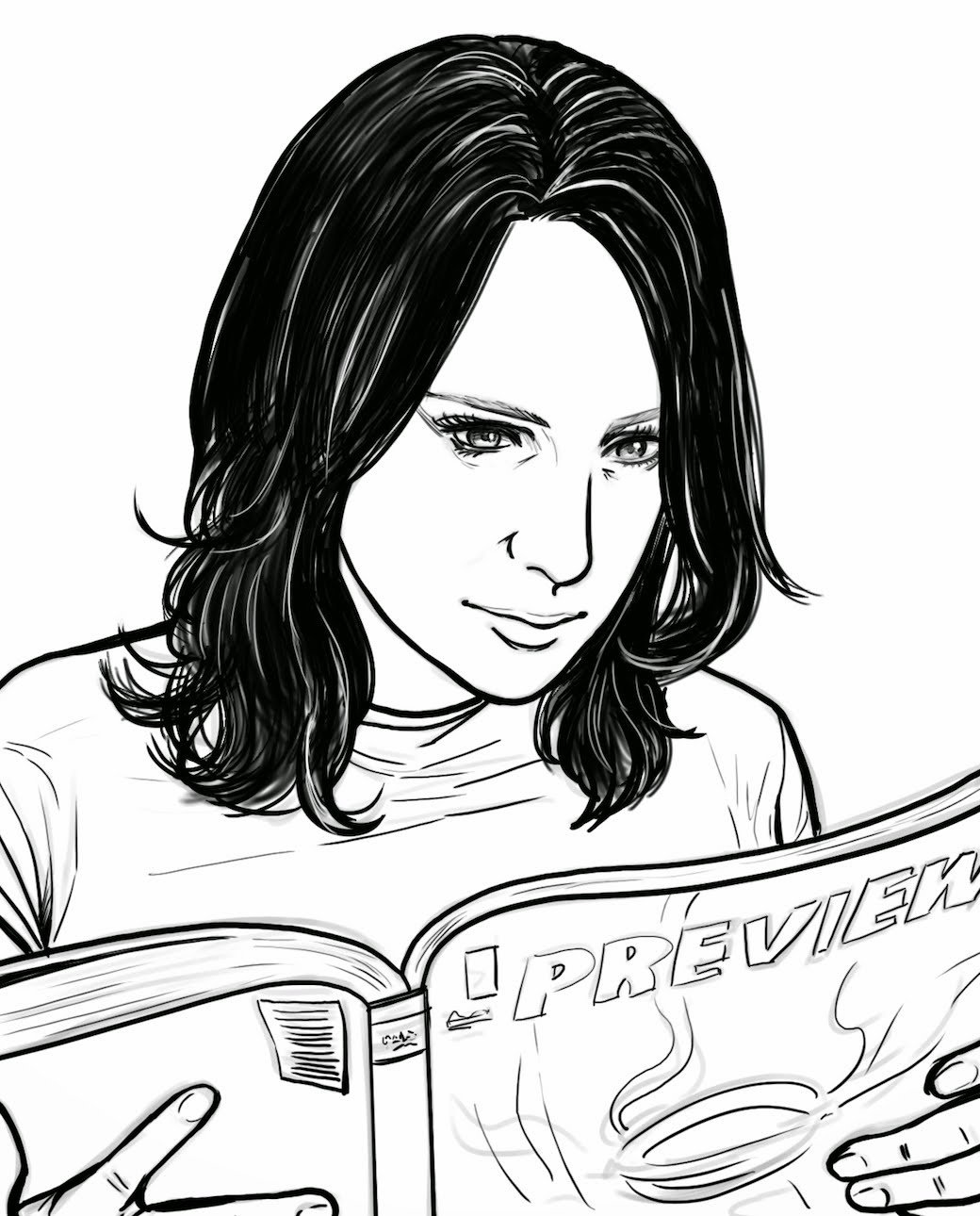 Comics fans were in for a shock yesterday as comics writer, Valerie D'Orazio, took to Twitter reacting to the news that Comics Alliance writer Chris Sims would be writing his first Marvel book, X-Men '92. The reason? The online harassment that Sims...

A limitation of some sort on new accounts would be a blessing for these threads, but I think a 72-hour block would be a bit harsh, especially as a block of as little as an hour would put paid to the majority of derailling tactics. Maybe an hour gap between the first ten posts, first one free? Or a sign showing that someone has only just signed up?

Maybe charge them for commenting!

The important thing about shitstorms is that you need one/two weeks to ravel in one, you cannot take part in 3 at a time so countless stuff gets just a free pass. Life on the internet is so unfair.

I agree with everyone about all firefighters.

You agree, but? Are you aware that means you do not agree. I think you are aware of that.

Come on man. Don’t play word games yourself and then tell anyone it’s not you. It’s you.

Seriously? THOSE pants with green skin?

Or just a mutantophobe? That’s practically a hate-crime right there.

Outside of clowns. I love clowns. I wish I had a pair of pants like that, and some lean-shoes: 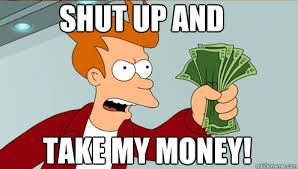 Someone make this happen!

Ms. Marvel’s a lot of fun. Also, while it was on, Runaways (by the same artist as the main Ms. Marvel one, and the writer currently known for Saga) had this going for it too: the characters generally didn’t wear costumes (the one eleven-year-old member tried for a bit), just fairly regular, yet still distinctive clothing styles… and they had something of a range of bodytypes… well, more of a range than most comics, anyway (and possibly the best character was overweight, without a big deal made over it).

(2) I don’t accept the assumed, unstated position that objectification, sexualization and nudity are always bad.

Well, when were talking about butts, and how hawt Loki is, we were indeed not indulging in objectification or sexualization, which you apparently fully understood. Bravo! We were being… uhm… ironic, yeah, that’s the ticket! The New Irony! Staring at men’s butts is ironic! (phew! that was a close* one!)

Nudity is always bad. My kids hate taking baths in their swimsuits, but it’s better than the alternative.

I don’t buy this; there’s no evidence that it’s the product of any kind of meaningful research, and then there’s Tom of Finland. I’m not saying all gay guys are into bears, but the producer of this set of sketches does seem to be making universal statements about ‘what category x draws like’ and even if it wasn’t directly contradicted by my experience it would still trigger my BS alert.

Of course we are dealing with something that includes a degree of interpretation, so the opportunities to wrangle over which category is more typical of artist x or y are endless. However if we accept that there is a degree of subjectivity in the interpretation and categorization of different artists’ styles, then we should recognize that the sketch linked above is also subjective and the presentation of objective descriptive qualities as such is intrinsically flawed.

Note, it’s not that I think they should be ordered differently or anything like that; I’m not interested in subverting and replacing the theory posited with my own. I just think that it’s wrong.

I did speak about it elsewhere. Personally, I think it was a well-done piece of art, but when it was taken out of context like that, it was totally inappropriate and really fucking creepy. Particularly for the audience they were aiming for. “Really fucking creepy” isn’t necessarily a bad thing, and like I said, I really liked the art itself … it was just highly inappropriate for the audience they were aiming for.

That did tip me off to the art of Rafael Albuquerque, and I ended up buying the first volume in “American Vampire” which he did the art for, and which Stephen King and Scott Snyder co-wrote.

Loki is pretty, not hawt.

I was not being ironic. That was all honest. I was, however, being subversive and turning the trope on its head in a cheeky sort of way (again, pun intended). Also, I put Black Widow at #2, but it was a close call!

Tina Belcher is my BFF, ok? She and I are totes friends. I totally live in a cartoon.

Look, it’s just really fantastic that the female gaze is being catered to for a fucking change. No one said finding people pretty is a bad thing. Please read my other comments elsewhere in this thread.

Unless you’re being ironic and snarky yourself and I’m missing something, in which case, carry on!

But really, it’s okay to find people attractive. Balance is key. And women get the short end of the creepy stick all the fucking time in this society. It’s fun to turn the tables every now and again.

And come on, if you don’t agree that Loki is pretty, then you must be dead.

Also, the one thing I like about the MCU movies and TV Shows is that they have more diversity when it comes to POC. It’s not just white pretty people in that particular universe, and that’s a lovely change from the status quo. 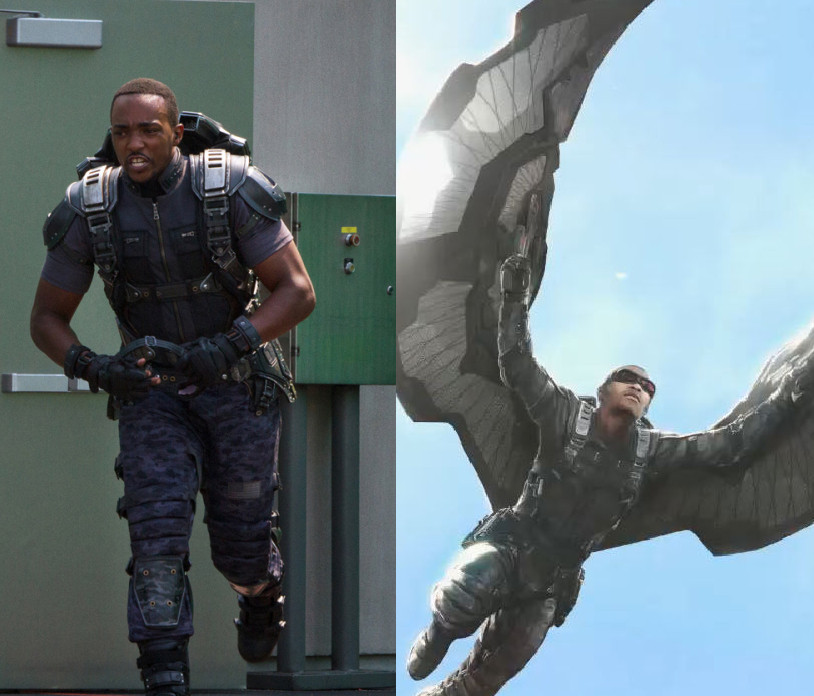 Look, we are all comics lovers here. We are not “assaulting” comics by pointing out a problem with the way women are depicted. It is both possible to love something and be critical of it. I guess if you are a white, heterosexual, Christian male, it is natural that you might not understand the effects of the WASP, male norm and that you might be protective of that privilege. But this culture often labels those outside that standard (see http://www.npr.org/2015/03/24/393853692/for-bojack-horseman-it-matters-if-a-cartoon-dog-is-a-man-or-a-woman) as other and treats their behaviors and desires as alien. Women who do not behave in the traditional, approved manner of dressing and acting to please men are punished; as are minorities, heterosexuals, non-Christians, etc. who do not act within that WASP, hetero standard of culture. We all – those inside and outside the norm – have socially constructed patterns and standards that we sometimes have to act against. That said, once one’s eyes are opened to these sort of problems, it is one’s responsibility to point it out and – where possible – fix it. For example, we don’t turn a blind eye to racist portrayals in comic books; why should we do so with sexist one?

Again, it was different in the novel, too. But still kind of rapey… especially considering the character is 13 at the time. They aged up tons of the characters in the show because the whole lets have a 13 year old get married would seem weird and creepy, at best…

I’ve noticed DC tends to be a bit creepier and darker than Marvel… Not sure I like that. For me, superhero comics are supposed to be fun and not so serious. I feel like I can get plenty of dark realness elsewhere if I want it.

You agree, but? Are you aware that means you do not agree. I think you are aware of that.

“I have a motorboat.”

“Aha! You do realize, don’t you, that when you said ‘but’ it meant you don’t actually agree I have a motorboat. And I think you knew that. M’kay Gotcha!?”