Short range missiles? That’s fine, that’s fine, no reason for Trump to flip out, then. Unless Mueller’s investigation is doing something to particularly frustrate him, like investigate one of Trump’s buddies - oh, for fuck’s sake.

That guy seems to have an endless supply of missiles.

That guy seems to have an endless supply of missiles.

They have to get their warheads miniaturised and missiles working ASAP or they’re dead, and they know that.

He just did. In Texas.

North Korea has got one too.

Pulgasari (Chosŏn'gŭl: 불가사리; RR: Bulgasari) is a 1985 North Korean dark fantasy-action monster film directed by Shin Sang-ok and Chong Gon Jo. The film starred Chang Son Hui and Pak Sung Ho and featured special effects by Duk Ho Kim, supervised by Teruyoshi Nakano. The film was loosely based on the legend of the Bulgasari. Director Shin had been kidnapped in 1978 by North Korean intelligence on the orders of Kim Jong-il, son of the then-ruling Kim Il-sung. In feudal Korea, during the Goryeo Dyn...

Did Kim Jun (fill in as appropriate) have Gojira kidnapped and forced him to take part?

Paul Fischer’s book A Kim Jong-Il Production says that the Japanese crew, including Kempachiro Satsuma, who had worn the suit for the latest Gojira film, were recruited for what they were told was a Hollywood film being made in China. After a few days filming in Beijing, they were told the rest of the film would be shot in North Korea.

As evangelicals keep wanting to tell us, Texas did something to make God angry. That’s how this works, right?

As of this morning reports are saying that all three missiles seem to have failed, including one which exploded almost immediately after launch.

More like USA did something God didn’t like. USA wasn’t hit by any hurricane while Obama was president.

no way, God & Texas are buddies, it was California 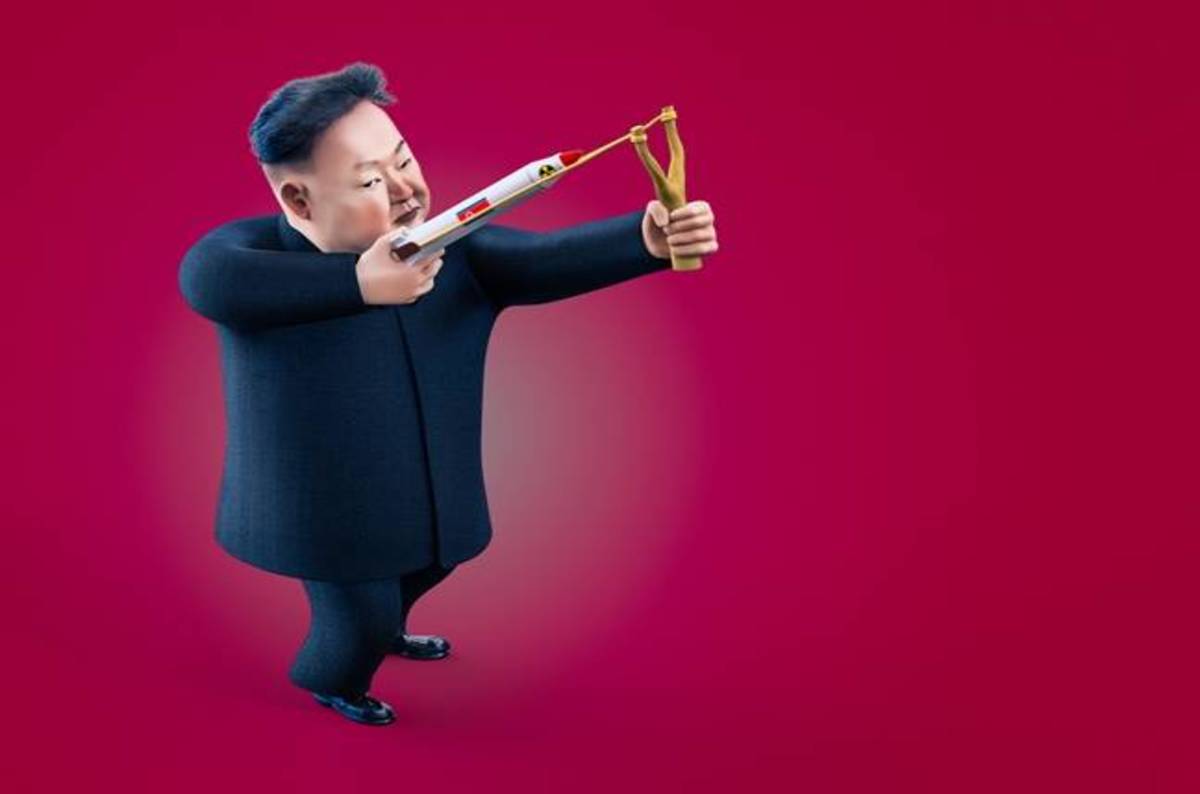