I thought it was the guy in the hat who killed the other guy? 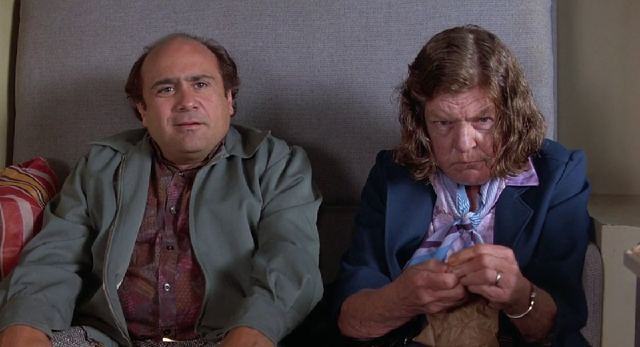 Technically it wasn’t titled “How to Murder Your Husband, And Get Away With It”

It’s always the person you most suspect.

And she’d have got away with it too, if not for some brilliant, inspired detective work that allowed police to home in on the last person anyone would ever have suspected.

This is why murders that get solved, get solved. Because they are crimes of passion or familial connection where the most likely suspect is in fact, the murderer. Oh, and also, many criminals are stupid or blinded by self-interest.

Otherwise, not so much.

There’s an old English joke about a magician and a parrot on a cruise ship. Every time the magician does a trick, the parrot spoils it. “It’s up his sleeve.“ “There’s a fake compartment in the hat.” And then the ship’s boiler blows up. And the magician and the parrot are floating on a piece of wreckage on the open ocean for three days. The parrot is just looking at the magician, head cocked, one eye. Finally the parrot says, “OK, I give up… What did you do with the boat? “

Curious as to whether the book will see an uptick in sales, or people returning it because the information is faulty.

Great movie from the Sixties: “How To Murder Your Wife,” starring Virna Lisi and Jack Lemmon.

So she was trying the same defense as Sharon Stone in Basic Instinct, only without the sleeping with/gaslighting the investigating officer.

And now she can write a book about how to cope with retirement in prison.

Seriously, even not stupid people can be really stupid.

I thought romance novelists were supposed to be smart. /s

The verdict: guilty of second-degree murder.

How did the prosecutor not introduce the book as evidence of premeditation?

How did the prosecutor not introduce the book as evidence of premeditation?

Or, you know, the buying and assembling of a difficult to trace gun.

“First degree” is like second degree but with various aggravating circumstances, which I guess weren’t present here or they couldn’t prove