I’ve always felt that the argument for US gun-ownership to help overthrow a tyrannical government was a poor one.

I can see why the NRA is changing its message. 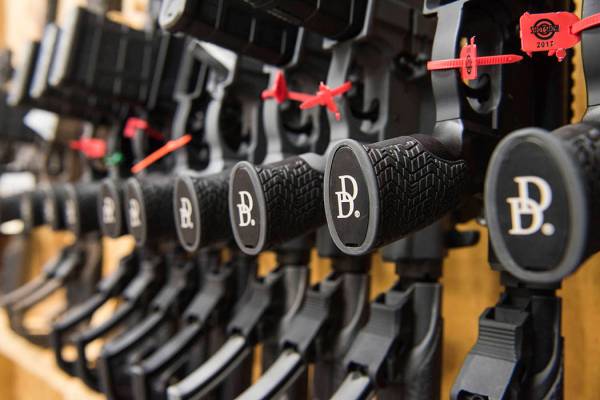 President Donald Trump promised to revive manufacturing in the United States, but there’s one once-burgeoning sector poised to shrink under his watch: the gun industry.

That ad still had an oblique reference to the “Obama’s trying to take your guns away” song and dance though.

So the message hasnt entirely changed.

Civil war is definitely good for the weapons biz, yes.

Under any other leadership, I feel the NRA should be classified as a terrorist organization.

They know that Trump won’t censure them, so they’re not censoring themselves.

You can not stay ahead of scared little people’s preconceived notions of you. It is the errand of a fool to even try. Just don’t be violent towards people, and it becomes pretty obvious who Chicken Little with the AK is.

This is outreach to the single issue voter who might be wavering because of the Senate healthcare plan. Timing is no coincidence.

If “the media” reports that Comey gave such-and-such testimony today, is it a lie to actually report his testimony? If the media reports on something Trump said that contradicts what he said two days earlier (and they show clips of both as proof) is that a lie? Nope.

How about if you report on a conspiracy that can’t be confirmed, or if you bring on guests with false credentials who talk about hypothetical situations as if they are real? How about if you completely ignore news stories not beneficial to your political side?

If the NRA wants to complain about “their media lies” perhaps they should give us a definition of “lie” first.

Well, if there was any group that could show us how we can be militant and act like snowflakes at the same time…

That’s one of those gifs that confused me-- as if someone was unfamiliar with xylophones. Then I saw the original source.

I can see why the NRA is changing its message.

AV Club has more context, with an embedded response video from Dana Loesch of the original ad, who mocks anyone who dislikes this ad with a lisp and tells them to go back to their “tupperware-fresh safe spaces”, oh, and that people should totally get more guns to defend themselves against liberals.

Thanks for the tip, we’ll all start practicing our submissive positions to make sure the we aren’t perceived as a threat. You’re right, the bees are more scared of us than we are of them…

Although, to be fair, if anyone is paying attention to the messages/posturing of the Trump crowd and the #resist crowd, and is having trouble figuring out which group is more apt to burn the world, they probably are only capable of operating based on non-verbal cues…

Holy shit. That is a deeply irresponsible ad. Completely otherizes liberals (Implied), not to mention the media. Basically, it’s OK to shoot them. Insane.

and that people should totally get more guns to defend themselves against liberals.

That’s all I see here.

You gotta get yourself some guns, to guard against the libruls. I hear they got guns.

Where did this ad run?