NSA official: mass spying has foiled one (or fewer) plots in its whole history

what happened to the 54 terrorist plots they claimed this foiled? will they get a pass on all that?

So one of the worst violations of the fourth amendment (that we know about) and the destruction of rule by law is so that we can maybe have stopped one fucking money transfer? Seeing… so… much… red.

Fuck Obama. That guy is an asshole. The only thing nice I can say about him is that he has a very small number of policies that are slightly less worse than what the alternative.

It is my delusional fantasy that an anti-police state democrat will rally in from nowhere and loudly decry Bush’s all but inevitable fifth term through Hillary, win the primary, and end winning with the democrat vote and by cannibalizing the republican’s moderate libertarianish wing that is running for the hills in the face of the American Taliban wing of the Republican party. I said it was a fantasy.

Is this a side effect of the fact that there are basically no terrorists and the whole war on terror is a hoax to drain public funds and justify foreign military expeditions?

What are they using their surveillance apparatus for, if not for counterterrorism? It seems unlikely that the NSA would be able to retain their people if the whole activity was palpably pointless. They must be doing something they find interesting with it…

Please tell me they at least use it to give America an unfair economic advantage in global trade and international negotiations? Perhaps the NSA and the FBI should get together and start identifying home terrorists who need imprisonment, take the cue from the McCarthy era and the fact everyone was a communist?

This is the perfect meme to combat the NSA, because so much of voting America is familiar with insurance, and this is so spot-on. 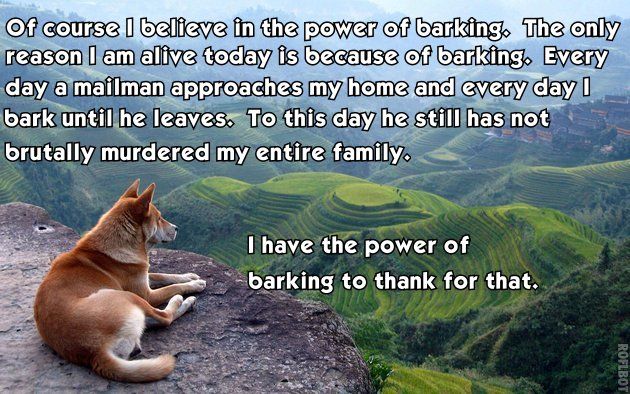 I hired a witch to stand on our lawn, to drive the elephants away.

My wife keeps saying that there are no elephants anywhere around for hundreds of miles. And even then, it’s in a zoo.

But I keep telling her, “See how good the witch works?”

And that is called paying the Dane-geld;
But we’ve proved it again and again,
That if once you have paid him the Dane-geld
You never get rid of the Dane.

What really chaps me is I voted for him thinking nobody could be worse than Bush. Yeah. I was way wrong on that call.

Oh. And I see gitmo is still open…

[quote=“danegeld, post:5, topic:19377”]
the fact that there are basically no terrorists[/quote]

WHOA. JUST WHOA. Where did you get this “fact” from?

seems unlikely that the NSA would be able to retain their people if the whole activity was palpably pointless.

It’s called: No Congressional Oversight. The thing the NSA provides that the government wants them to keep providing is: staying one step ahead of other countries in spying. Have you seen the slides from a couple weeks ago showing their range of possible attacks? From a purely hacking perspective (i.e. ethics aside), these guys have cred.

I voted for Obama twice. I never got my hopes worked up, and I never donated or campaigned for him. The first time I was cautiously optimistic. I thought he could possibly do a few nice things before he started the 2012 campaign. The second time I was voting against Romney, and didn’t feel like wasting my vote on a third party candidate. I thought “he couldn’t screw up too badly. Not as long as the republican congress refuses to let him do anything.”

All in all I’m disappointed. I didn’t buy all the hype about him, but I certainly felt like he could turn over a new page after Bush Jr., but it turns out it was all in vain.

I’m pretty sure that America can’t get the government it deserves until we do away with the electoral college and go straight to a nation-wide popular vote, and have government funded elections with set spending limits. Otherwise, third parties that resonate with the people will never have a chance at the presidency, and congress will remain 99.9% R and D, plus 1 or 2 independents who side mostly with either R or D.

Edited to correct my brain’s problem with order of events and people’s names.

He has been better than the other alternatives would have been. John McCain? Remember that guy? He wanted a full-on military conflict with Iran. Don’t even get me started on Mittens and his binders full of fail.

On Gitmo: Obama tried to move the prisoners out of Gitmo (to then shut it down) but was met with opposition to moving the prisoners to federal facilities from (surprise, surprise) the Repubs. They like their torture prison just the way it is, thanks.

I’m not a fan of a lot of Obama’s decisions but you’re entirely deranged if you think he’s been worse than Geroge “Mission Accomplished” Bush.

Perhaps it’s not so much about foiling attacks as finding the perpetrators afterwards. NSA can’t monitor reality 24/7/365 but they can record it.

I think you mean “against Romney”.

Also: Building some semblance of health care for all? No other president in history had achieved that.

i’m guessing the NSA had every politician’s internet history recorded first and now they can’t get fired.

Obamacare has been a disappointment as well. I’ll agree that it’s a positive step, but it’s been badly stripped of the really great provisions that it originally had.

Also, LBJ lead the creation of Medicaid in 1965, which I’d say is a more significant step in the right direction than what Obamacare has whittled down to now. And congress didn’t even have to shut down the National Government in the process, possibly leading to hundreds or thousands of deaths.

If it were up to me, I’d haul the insurance agencies out on their asses, and set up socialized healthcare. Everyone needs healthcare at one point or another, and I think it should be a right. But it would seem too many of the conservatives feel like the only right poor people have, is the right to suffer and die.

And congress didn’t even have to shut down the National Government in the process, possibly leading to hundreds or thousands of deaths.

At least we agree on universal health care. We’ve had that in actual developed countries for a while now!

Must be nice to be able to blame the machinations of the entire military industrial complex on one man.

i don’t believe the president runs the entire government, do any of you?

oh noes, then we might have to fire pretty much all the politicians or else get off our own high horses. seems like a win either way.

time to spill all the dirt.