I’m moving house in a week, to a small riverside town in northern Tasmania.

It’s a lovely spot, but a major reason for the move is financial; I’m living on a very small pension, and rents in rural Tasmania are very cheap.

I’m also planning on stretching my pension by feeding myself as much as possible. I’ve got a nice backyard for growing veggies in, and there are plenty of fish in the river.

However, that brings us to the topic of the thread: fishing.

The last time I did any fishing was in the early 1980’s. I was no sort of expert back then, I’ve forgotten most of what I knew, and I understand that the tech has changed somewhat in the last thirty years.

So: do we have any fishing folk here? Do you feel like pontificating about fishing tips? Have at it…

BTW: as well as the river, there are several nearby lakes that are regularly stocked with brown and rainbow trout by the fisheries service.

We got you covered buddy

My tip would be to find a pier (ETA: Boat probably works too), and buy some cheap Sabiki rigs. Use a small rod for these, and you will catch a lot of bait, put a weight on the bottom and jig it up and down from above the water. Heck, most of the time you can also eat the bait if you want to put the work in (a pressure cooker setup helps make small bones and scales chewable).

Once you have bait, you will want to choose a weight for the sea bottom. Sandy bottoms without rocks need pyramid weights. For rocky bottoms, something more rounded (the rounder, the better). Use at least 15lb. line and if your part of the pier is near a fish cleaning station make sure to put on a wire leader.

An alternative to fishing for fish is crabs. A crab snare is a cage with wires attached to tangle in their legs. Cut up your bait fish and stuff it in the cage, and cast it out.

Other great bait options if you want to spend money buying bait: shrimp, squid, mullet. Squid is the most resistant to small things nipping it off the hook.

Near piers, sheepshead (probably called Porgies there) will bite on any kind of crabs. People catch land crabs for bait by putting meat in a bucket and building a ramp up to it.

This is basic saltwater bait fishing in my experience. Lures and other more advanced baitfishing techniques are going to be highly regional.

Also relevant: while fishing from shore is very doable in the Tamar, I’m also planning on getting a boat. Something along these lines:

My house is only a few hundred metres from shore, so I’m after something that I can move from the house to the water without using a car. A ten foot dinghy plus a six horse outboard only weigh about 90kg combined.

Damn, I though this was going to be a collaborative Dr. Seuss poem thread.

I know bugger-all about fishing in afraid, and live in AZ. There’s actually a stocked pond up in the mountains here that is actually smaller than Stow Lake (for people familiar with SF) and ringed completely with people fishing and pulling out fish on weekends. Someone must come every night and back up a semi trailer full of fish to the lake to keep it stocked.

So, uh, how’s the weather there? Never even been to Australia, but I hear the weather in those pictures may be atypical for Tasmania.

Six years here in AZ and I’ve finally seen a Gila Monster in the wild. What are your odds of seeing a devil there?

My house is only a few hundred metres from shore, so I’m after something that I can move from the house to the water without using a car.

So, uh, how’s the weather there? Never even been to Australia, but I hear the weather in those pictures may be atypical for Tasmania.

The local weather is more resistant to global warming than the rest of Australia.

The worst weather in Tasmania is in the southwest; they’re directly exposed to the Antarctic Circumpolar Current. But I’m up in the relatively cosy north, with a nice mountain range just to the west for a windbreak. And the house has a fireplace.

Well I think it looks and sounds lovely, even bucketing down in a cold wind.

The local weather is more resistant to global warming than the rest of Australia.

Speaking of which: the house is safe in a 5m flood, soggy at 6m. By the time the water gets to me, half of the town is already inundated. And it’s a tidal estuary (drowned valley) rather than a floodplain river.

So, I should be okay for the near future re: sea level rise.

For Freshwater fishes, it depends on what’s there. I can’t seem to find a decent article on what fishes live in the lakes and rivers, but protip on Freshwater fish: You can’t go wrong with worms. Just about every freshwater fish you might want to eat has lived off worms at some stage in its life, and occasionally a really hungry 3-4 foot long fish will still bite on an itty bitty worm. Worms under a bobber or a bottom rig are hard to go wrong with.

I am sure you have carp. If the waters are clear enough for them to be palatable (muddier waters means worse taste and redder meat), carp can be caught easily on “Hair Rigs” with bog standard sweet corn, and average about 7-10 pounds if they are the European (Common) variety.

Rainbow and brown trout, the best advice I ever got on this was using split shot (one or two) with a worm. The important part is that the worm completely covers the hook because trout apparently don’t like the look of metal mixed in with their food. Ideally, you want to thread the worm on the hook, instead of hooking through its body. I can confirm that I’ve had the experience of being skunked until I changed how I was putting the worm on the hook (and then I caught 5 trout in 30 minutes).

For fishing for Catfish in fresh water you generally catch a fish and chop it into big chunks put onto a big hook, and fish the bottom with it. Don’t sweat hiding the hook like with trout; catfish generally don’t care. Different species might like different baits (live or dead), but that’s mostly all there is to catfish. If you are fishing a river which connects to the ocean, use a steel leader since there will be bullsharks around, and they will snip your fishing line, even if it is really heavy.

Six years here in AZ and I’ve finally seen a Gila Monster in the wild. What are your odds of seeing a devil there?

Not as good as they used to be; a nasty new disease struck the devil community about two decades ago, and it’s caused a 90% crash in their population.

OTOH, there’s a platypus aquarium and seahorse farm in town, there’s a fairy penguin colony at the mouth of the river, and both Orca and Great Whites make semi-regular appearances in the estuary.

If you are fishing a river which connects to the ocean, use a steel leader since there will be bullsharks around, and they will snip your fishing line, even if it is really heavy.

Is it better or worse to have your line intact with a bull shark at the end of it?

Is it better or worse to have your line intact with a bull shark at the end of it?

Better. You do not want to leave the hook in its mouth.

Other fishing must-have: a long pair of forceps.

Especially if you might accidentally catch a shark. I have caught small sharks, and even the babies are bitey as hell.

Since bull sharks often dwell in very shallow waters, are found in many types of habitats, are territorial by nature, and have virtually no tolerance for provocation, they may be more dangerous to humans than any other species of shark, and along with the tiger shark and great white shark, are among the three shark species most likely to bite humans. One or several bull sharks may have been responsible for the Jersey Shore shark attacks of 1916, which were the inspiration for Peter Benchley's no...

OTOH, there’s a platypus aquarium and seahorse farm in town, there’s a fairy penguin colony at the mouth of the river, and both Orca and Great Whites make semi-regular appearances in the estuary.

Is there a platypus petting tank? Because if there was I think Madam Mrs The Ratel would probably raid the Ratel kit’s college fund to get there. Stingray petting tanks are just no substitute…

This was filmed at the mouth of the Tamar:

This was within the river (mostly flathead, shark at 3:20):

Is there a platypus petting tank?

Let’s narrow this down:

So, what are the recommended equipment and techniques for catching:

The main fishing I did as a kid was for flathead, but we mostly just dropped a baited hook in the water and then had a nap until something bit. I get the impression that fishing with lures and actively wiggling your hook about is more of a thing these days.

Also considering building one of these: 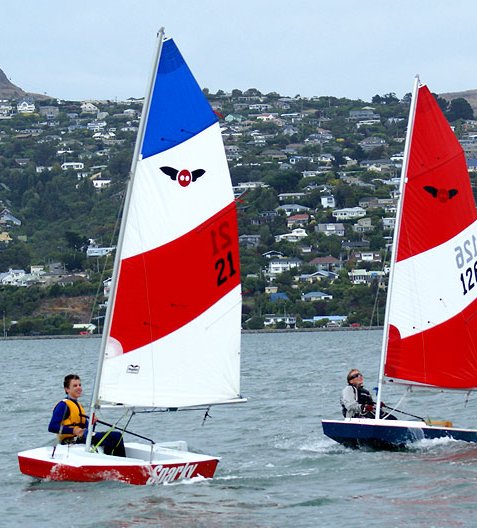 Although I may start with one of these: 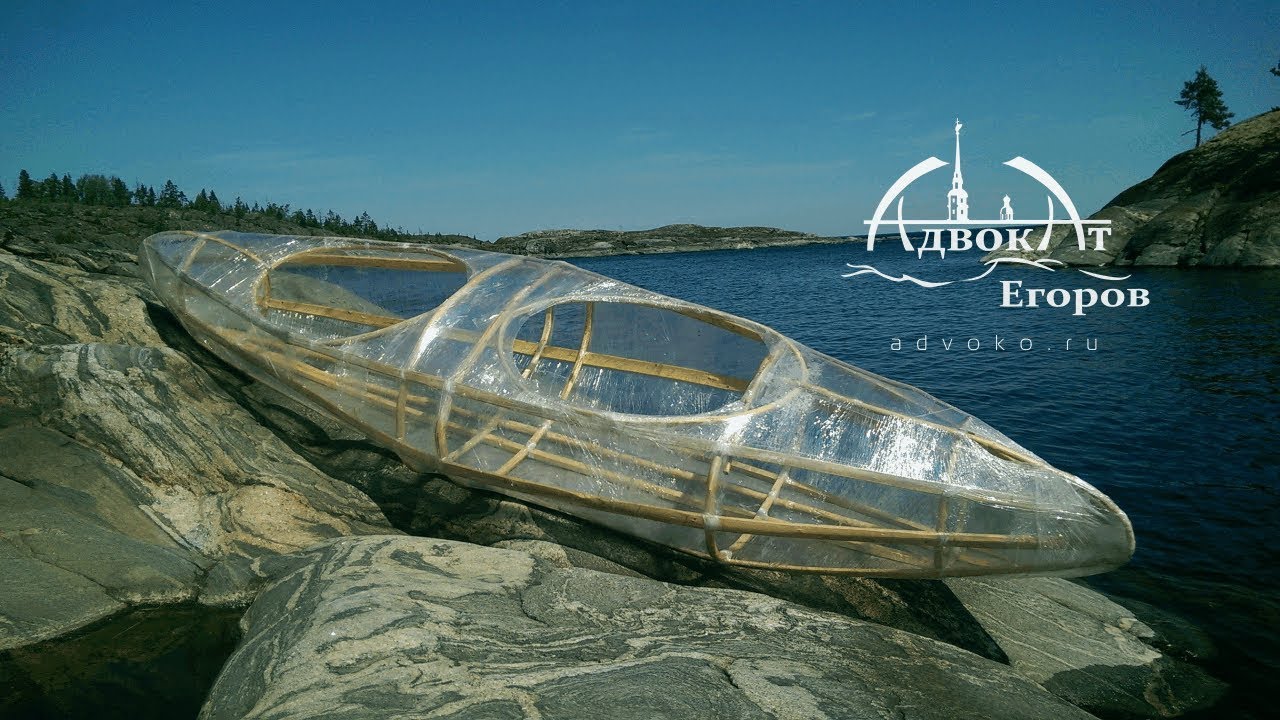