One of our favorite kitchen items: restaurant taco holders

softshell is the coolest.

Um…I want to hate this so much…but it’s adorbs.

Let it go, take this from a Mexican, born and raised in Tijuana, one of the few places in Mexico where you are virtually guaranteed to be able to get a great taco 24/7, let it go.

If I can go to a Chinese food restaurant and call that Chinese food, I’d better be OK with people in the US calling this a taco.
Yes, it’s actually closer to a tostada, but until decent tortillas become easily available to everybody in the US, this is the best you’re going to get. So let go and enjoy. Have a taco on me:

The point is to lose the cultural appropriation of the term “Taco”.

There’s ample precedence for cuisine imported from other parts of the world not being even remotely like the original version that we can safely argue that this doesn’t fall under cultural appropriation. I had a conversation with a gentleman of Korean descent who opened up a ramen shop about how hard it is to make something even remotely authentic when the raw materials used for cooking just aren’t the same in another part of the world.

we should all frown on crunchy taco

Hell no, Mexicans eat crunchy tacos all the time, sure, not as crunchy as a pre-fried corn shell but still, it’s the same principle.

No but when immigrants of Arab descent brought over their cooking we did the inevitable and put it in a tortilla and a new type of taco was born! Taco al pastor, in some places it’s actually known as an Arab taco. The taco is not so much a dish as it is a food delivery mechanism, if you roll up a freshly made tortilla, I would call that a taco as well!

I’m a convert to the fundamentalist bent of neo-american-hard-taco-denial.

I’d argue that going too far with this does constitute cultural appropriation far more than calling the american style taco a taco, because it attempts to define what validly constitutes a taco from outside of it’s living breathing native culture.

I should probably have combined all of these into a single post, sorry about that!

Burritos are definitely Tex mex. However, the burrito is today one of the staples of Mexican cuisine to the point where many Mexicans assume it is originally Mexican. Mainly because the only difference between a taco and a burrito is the type of tortilla used but are somehow more portable, so burritos are mostly made with flour tortillas only sightly larger than their corn counterparts, which is a better way to eat a burrito if you ask me, that way you can get different kinds for a single meal.

If Jack in the Box can call the things they sell 2 of for a dollar a “taco” than we are too far gone. Sorry. 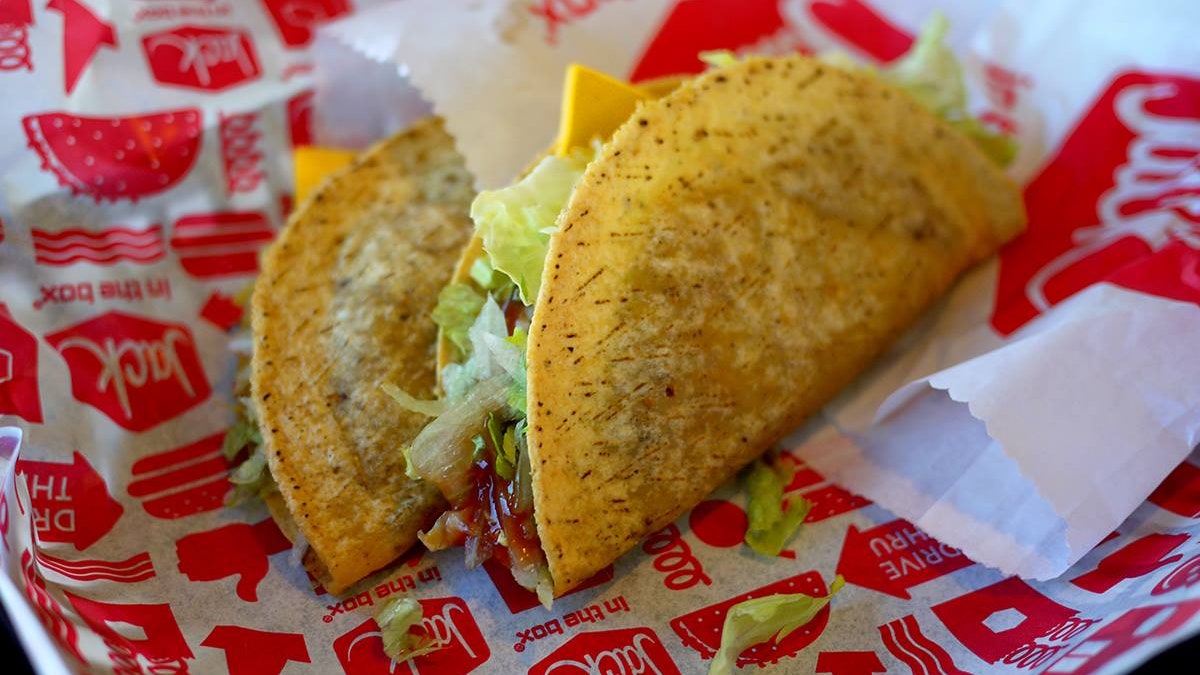 The Jack in the Box Taco Is Disgusting and Perfect

A love letter to a taco that barely qualifies as a taco.

I can see the value of this if you serve a lot of tacos, but did Frauenfelder not notice that if you turn that 3-taco holder upside down, it becomes a 2-taco holder? Or that you’re allowed to put two tacos in a 3-taco holder either way? Do you think he has to have every single possible permutation of every kitchen gadget that there is, just because?

Now that you mention it, the two photos in the OP are of the same holder.

Everywhere I have ever lived in my 50+ years used to be part of Mexico, and I have never seen anything like a taco holder. What the hell? Just put your tacos on a plate, dammit!

Ha! What if that was a poor review for it?

“Said it was for three tacos but it only fit two!”

Then again, my partner continually reminds me that at one point I owned four mandolins because I couldn’t find the perfect one…

Use these to make bacon tacos. Interlace six slices of bacon. Lay them over the rack. Set the rack on a baking sheet to catch the grease. Bake at 400 for 20 minutes. Let them cool, fill and eat!

Or rice crispy treat tacos. Mix up some treats, roll it out about 1/4 inch thick, cut circles and use the holder as a mold. When they’re hard, fill with ice cream, drizzle on a little magic shell, yum!

They’re not traditional authentic Mexican style tacos but they’re still tacos. Or are you one of those annoying purists who insists that anything that isn’t slow-cooked pulled pork cannot be “barbecue?” Good luck communicating with other people.

Then again, my partner continually reminds me that at one point I owned four mandolins because I couldn’t find the perfect one…

I think I’m up to three. My go-to mandolin is a cheap Japanese thing with a ceramic blade that cost about five bucks but does the job and never rusts.

I’m sure Dave Grisman’s wife hassles him about having too many mandolins, too.