Surely not! Handcrafted artisanal consent using only the best materials. Bespoke consent of the finest order.

I’m assuming that zero percent saw the irony in posting on facebook about how the sinister tech titans of the world have a plan for tracking them?

I’m pretty sure you could introduce a made up on the spot supposition (“rogue NASA officials planning to send Republican Covid patients to Mars”) and get at least 20% of respondents to have an opinion on it, without questioning the authenticity of the question itself. This is the whole basis for push-polling.

Hmm… yeah, it checks out. 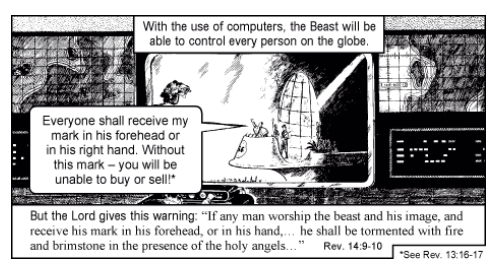 I think this shows that over 40% of Republicans don’t think.

Also, I bet each and every one of them would gladly take a tracking chip if it was Trump pushing it.

The anti-vax crowd started hating on Bill Gates after he promised to vaccinate the unvaccinated. Since this crowd is highly interlinked with the right wing conspiracy crowd it was only natural that Bill Gates would find his name pulled into insane conspiracy theories.

Why does Bill Gates care?

Yea, to be honest I have no idea why he would. I mean I think he had some particularly nasty practices while running Microsoft, but even if you assume he hasn’t mellowed I still don’t see why he would care. (and I personally think since leaving MS and picking up the hobby of improving access to clean water, sanitation, and tying to eliminate poverty (side note: you kind of can’t, if you raise the lowest standard of living, the new lowest standard becomes poverty, however I think it would be a noble goal to make it so the lowest standard of living is something modern people would be happy with even if future people would think it is crap and in need of improving) Gates has mellowed).

And since most of us carry mobile phones in the US, we have already chosen to be tracked. So why would he bother?

I think people that worry about “others” secretly making their life worse are not willing to think about how they have already done this for themselves.

I carry my phone with me basically all the time, and I’m pretty sure I’m far from alone in that. I also know if the cellular part is on the phone company has a pretty good idea of where the phone is all the time (it needs to know what cell it is in to actually work, and for E911 the telco needs to know where the phone is to within a few meters when you make a 911 call, and there is basically no way to know that in a short period of time without continuous estimates, so they already know basically where I am). I only turn off the cellular part of my phone if the battery is running low, and in recent years that is super rare (partly batteries have gotten bigger, cell chipsets have gotten more power efficient, but the big reason is reception is better in areas I tend to be, and marginal reception is what eats the most power).

Even just looking at the poll regarding adults in general, 60% either believe it’s true or isn’t sure. With everything awful that’s going on, reading about how ignorant the majority of the population is, is the most depressing.

Why does Bill Gates care?

Some rich guys spend their retirement years fishing or pursuing passion projects or funding museums. Others engage in top-secret global schemes to enslave humanity through nanotechnology. Whatever floats your super-yacht, I suppose.

Yea, to be honest I have no idea why he would.

Charitable giving is a tax haven.

His wife seems to care about these issues, and that’s what the wives of rich CEOs do, is charitable work.

It gives him the ability to counter the narratives about MS and himself personally, allowing him to leverage his charitable work into washing his reputation.

Sees a possibility for creating new markets for MS, by literally saving lives and having people associate him with that, and that with MS.

Or wait, do you mean the conspiracy theory rather than charitable giving?

Then given the whole thing makes no real sense anyway, that he wants to take over the world? Doesn’t everybody want to rule the world?

I’m not a huge Gates fan, but at least he has turned to philanthropy and pledged not to pass down most of his wealth upon death.

Though I did hear one conspiracy where Gates engineered it so he could get rich with a vaccine.

Sent from my iPhone.

Though I did hear one conspiracy where Gates engineered it so he could get rich with a vaccine.

That makes sense. I hear that Bill Gates has been on the lookout for a scheme that could finally make him rich.

It’s a shame that there’s so much conspiratorial thinking about Gates, which creates a climate where legitimate questions about his ties to Epstein are treated as signs someone is unhinged. 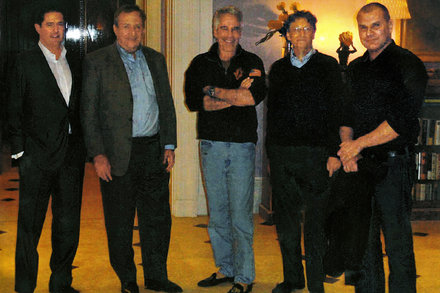 Bill Gates Met With Jeffrey Epstein Many Times, Despite His Past

Mr. Gates has minimized his ties to Mr. Epstein. But a Times investigation reveals they had a closer relationship than previously known.

“I’m not a pedophile, I just hang out with them and take their money” is not the stunning defense many folks think it is.

That makes sense. I hear that Bill Gates has been on the lookout for a scheme that could finally make him rich.

the simpsons did it best

“I didn’t get rich by writing checks” 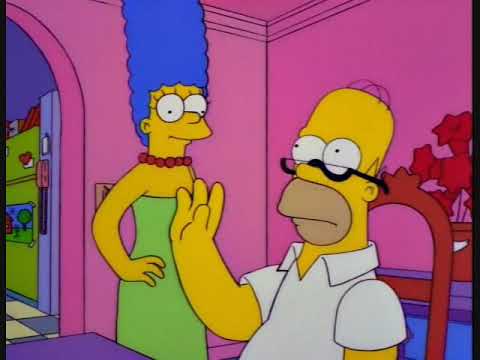 That’s just basic conspiracy theory innumeracy. Gates is the second-richest man in the world with a net worth over $100 billion. Any money he might make from a vaccine scam would be a rounding error compared to his already existing wealth.

If Republicans didn’t become vectors for transmission to the innocent - I’d be ok with promoting the myth of this tracking technology. Sadly - reality is…reality.

Do that one better - start offering aluminum foil tricorn hats with tea freakin’ bags hanging off of them.

The representative survey of 1,640 US adults

Not that this is a statistically representative sample, though. Rather than they could count as adults.