Overtourism: the plague affecting the world's most interesting places

This is hardly new. I’d seen this kind of effect when I went to the Greek islands with my family on summer holidays decades ago.

I’m not surprised to hear it’s continuing to get worse, though.

There are many people in this world who can’t afford to fly to another continent just to look around.

The trick is to not go to places that are basically advertising to you. If you immediately recognize the name as a “great vacation destination”, my rule of thumb is to stay the hell away.

Find the underappreciated also-rans, there’s plenty of beaches in the world, and not all of them are overrun with Sandals resorts and “Can I Speak To A Manager Haircut”-moms with 10 screaming kids each. Not to mention all the cool inland places in the world, of which there are countless. Yes, spend a day seeing Rome, but after you’re disillusioned with how overrun with tourists it is, pick a random smaller city away from the hubs and you’ll have a great time. And almost any part of France is better than Paris, FFS.

This is why I love to vacation in places like Bismark, ND and Saskatoon. Spring Break on the great plains is an experience like no other… No long lines to see Lawrence Welk’s childhood home. https://www.roadsideamerica.com/story/2156

But fewer and fewer. Fifty years ago NO ONE thought about the possibility of millions of Chinese tourists.

I work in Amsterdam, live nearby (rising house prices partially to blame on airBNB priced me out of living in the city proper so now I live in a actually much nicer place).

The picture accompanying this piece, of a part of the mentioned red-light district in Amsterdam, contains surprisingly little people. This actually makes it seem like a bearable amount of foot traffic. You should see it when it gets busier, almost shoulder to shoulder.

You should see it when it gets busier, almost shoulder to shoulder.

And don’t forget about the bikes…thousands and thousands of bikes. Most going the opposite direction to car traffic. You need to keep your head on a swivel when crossing a street there.

Heck, just go to Santa Monica. The other thing I notice is that tourist locations all have the same stores: Gap, Apple, Starbucks, etc.

Just take some mushrooms and go to your local national park/protected wild lands.

For years, the fabulously beautiful planet of Bethselamin increased its booming tourist industry without any worries at all. Alas, as is often the case, this was an act of utter stupidity, as it led to a colossal cumulative erosion problem. Of...

I spent some time with my family as a tourist in Dubrovnik this February. I’d heard that the place was overrun by tourists, but the day that we went to the wall, the place was empty. Almost literally empty, we saw one couple walking while we were there (apparently, it is a train of tourists in the summer). It helped that the day we went was the first time it snowed in years. If you can swing it, going off season is great.

I expect this to be a little after spring break, but no thank you… 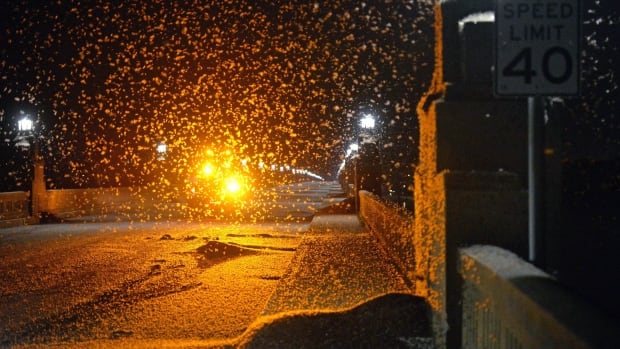 It’s not every day that you come across a swarm of hundreds or thousands of bugs, but you might be surprised to know what causes them.

Try any San Diego spot in the Summer, even the ones off the beaten track, still log jammed with humans.

Uncomfortable truth: Once a place becomes a tourist destination, all other businesses eventually dry up and the economy of the place becomes in whole dependant on tourism, as everyone not associated with tourism moves away. Eventually, almost everyone in a tourist area is either a tourist, or a person working directly (in tourist attractions and stores) or indirectly (in support stores and businesses for the people who work in the tourist attractions).

Some areas embrace this, some struggle against it. It has not been my experience that communities that succeed in making themselves not be a tourist attraction are successful in the long run - they may not have tourists, but they have no other businesses, either.

So I hate to say it - take the money from the tourists and do not talk about your favorite places.

To be fair, at least in Amsterdam (& elsewhere in the Netherlands) there are dedicated bike lanes on all major streets. You should keep your head when crossing a street regardless. And, I suspect that the bulk of the bike traffic in Amsterdam is locals. (I don’t have anything to back that up, though.)

This article hits home for me. Last year I went to the Hard Rock Cafe in Paris and was mortified to see wall to wall tourists. It used to be a special place for locals who appreciated culture to have a glass of wine and listen to some music, and now it’s just full of cargo shorts and flip flops. Sad.

And don’t forget about the bikes

Not in the red-light district, that entire area is a no-go zone for bikes, too busy with pedestrians, impossible to get through. You may encounter a stubborn (probably cursing and ringing) local trying to make a path through but in general, very low amount of bikes in that area.

My family had a few unscheduled days this summer when we were visiting the in-laws in Europe, so we went to Prague. In tourist season. Don’t do that. It’s hard to appreciate anything when you’re shoulder to shoulder. And yes the city turns into a dudebro paradise at night. And the local cuisine has been transformed to suit tourists. It was a really horrible experience, and it led me to resolve to never post the really great places on social media. You have to be a meat-space friend to hear about those. Also a pro-tip I’ve learned in the last few years: unless the art museum is a famous one, it will be almost empty. Not true for all the natural history and kitsch museums. So if you’re stuck in a tourist trap, head for the middle-weight art museums.

I used to live in OB and the beaches were crowded during the summer. In the winter months, going to a place like the Sunset Cliffs tidepools, I’d often find myself the only person out there. Not a big fan of PB or Mission Beach, and of course I never cared much for La Jolla besides seeing the seals. Torrey Pines State park was getting a little out of hand though. Just too many people to find the place enjoyable.