While Foley may or may not have a thing for young guys, we have no evidence of him doing anything illegal with anyone underage.

I had already burned out by September 11, 2001. I was right in the middle of this

The outbreak of foot-and-mouth disease in the United Kingdom in 2001 caused a crisis in British agriculture and tourism. This epizootic saw 2,026 cases of the disease in farms across most of the British countryside. Over 6 million cows and sheep were killed in an eventually successful attempt to halt the disease. Cumbria was the worst affected area of the country, with 893 cases. With the intention of controlling the spread of the disease, public rights of way across land were closed by order. Th...

and my grandma was dying, in Longtown where the foot and mouth outbreak started.

Burning cows and sheep do not smell of beef and lamb.

At least in that years election in the UK, the worst we were going to get was either Tony Blair or William Hague. Neither of them are anywhere near as bad as Trump, and Charles Kennedy was genuinely likable if you couldn’t bring yourself to vote for either of the other two parties.

Age of consent is 16 in DC, so legal, just creepy.

There may have been other evidence beyond that, however congress actively obstructed and eventually shut down the investigation into his activities.

Maybe technically inaccurate, but hardly overstating his preying on youth. And, of course, I love the internetters who always jump in with the “well, ACTUALLY. ITS NOT PEDOPHILIA IT’S EPHEBOPHILIA”

Ooooookay buddy, you understood what they were saying just fine but keep fighting that fight.

The laws of consent are messy and confusing and weird. As I understand it, in Louisiana, even though the age of consent is 17, it only applies to physical contact, and at the time, Federal laws didn’t make sexually explicit IM’s illegal. So even though he texted 16 year olds with creepy stuff (like asking what they wanted for their birthday), he only sent nude pictures to guys over 17. Foley literally wrote the laws on underage internet communication and sex offenses, so he knew exactly what he could do without being charged.

Except, as has been pointed out, there’s no evidence whatsoever that he’s a pedophile.

I’m a liberal who loathes what the Republican party is and stands for, but calling someone a pedophile is a serious thing. And it’s simply awful to call a person a pedophile, when there’s no evidence that the person is a pedophile.

If you’re going to be pedantic about it, every time Hillary brings Bill along you can say she has a known sex offender right on the stage with her.

That’s not how pedantry works. Bill Clinton has never been convicted of any sex crime. He is a known philanderer who has been accused of sex crimes, but on both of those counts Trump’s record is considerably worse.

Hillary is neither a known philanderer NOR someone who has been credibly accused of any sex crime.

Point taken. I had forgotten the finer points of the situation and was responding to the information in the original post.

But what term would describe his actions? How does he rank on the Weiner scale?

I understand you’re just joking … but emigrating to Canada is a lot more difficult than one might imagine. And once you’re in, affording to live in Vancouver is something that few Canadians can manage.

Oh, it’s a high Weiner Scale rating! (Love the name of that scale, btw). It might even transcend the Weiner Scale, due to his affiliations and predilections.

Yeah, was gonna mention that…

Woah there. That lawsuit against Trump is at best sketchy. As of yet noone seems to have been able to confirm that the accuser actually exists. Establish that the witness likewise exists. The lawyer involved is a patent Attorney, with no expertise in this area of law, who may not have even met his own client. There are clear connections to sketchy media elements. Including Norm Lubow, a guy with a history of filing sketchy suits against celebrities. And the accusations them selves are… a bit fantastical. And the problem of precisely how they shopped the accusations to the press for months at hefty price tag. There’s more than enough nasty shit about Trump and women out there. Including at least two far more legitimate accusations of sexual assault that have been on the record for a long time and supported by sworn testimony by people who we know to exist and to have had connections to Trump. Pushing something that’s looks (to me at least) very much like bullshit just feeds his “media bias” angle. 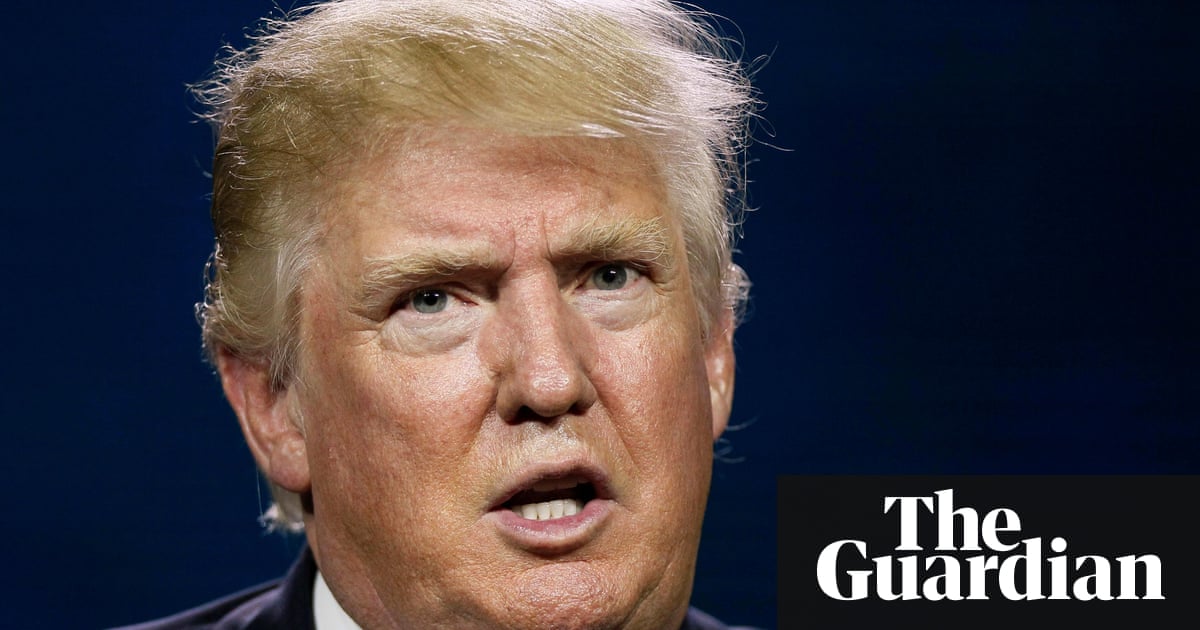 Norm Lubow, formerly a producer on the Jerry Springer show, apparently coordinated lawsuits accusing Donald Trump of raping a child in the 1990s

A civil suit against Donald Trump alleging he raped a 13-year-old girl was dismissed in California in May 2016, refiled in New York in June 2016, and dropped again in November 2016.

Here's How That Wild Lawsuit Accusing Trump of Raping a 13-Year-Old Girl Hit The... Trump Rape Accusers Turn On Each Other

Chaos is erupting among the motley crew who supported a woman’s claims that Trump and billionaire pervert Jeffery Epstein raped her as a 13-year-old.

Age of consent is 16 in DC, so legal, just creepy.

As I understand it, in Louisiana, even though the age of consent is 17, it only applies to physical contact, and at the time, Federal laws didn’t make sexually explicit IM’s illegal.

Woah there. That lawsuit against Trump is at best sketchy.

And of course there’s also the court records from his first divorce in which Ivana testified that Donald forcibly sexually violated her (an act most people call “rape”).

has been accused of sex crimes,

Oy. This gets messy and is a weaksauce refutation of the original argument. It is incredibly hard to defend Clinton’s actions with Lewinsky, and we know that happened. His behavior there is a strong sign that other accusations are true. He basically sexually harrassed her the second he met her. Look, calling W.J.C. a rapist may raise the hairs behind people’s ears, but if I’m going to call out Cosby on it, you damn well better believe I’m not holding a president to a lesser standard. If you think DC isn’t full of 60-80 year old serial philanderers, rapists, and perverts that were weaned on the sexual norms of a different era, then hold on to your horses because you’re in a for a world of surprises when they start dropping like flies in a couple of decades. That’s when we’re gonna get all the deathbed confessions and post-humous revelations.

Trump may be an obnoxious butternut squash klaxon, but his opponents didn’t all magically turn into saints.

Oy. This gets messy and is a weaksauce refutation of the original argument. It is incredibly hard to defend Clinton’s actions with Lewinsky, and we know that happened.

Clinton’s actions with Lewinsky needn’t be defended, but they also weren’t criminal in nature.

Bill didn’t conduct himself as a saint, he was in fact a sleazy philanderer. But Trump’s sleazy philandery is some next-level shit. He used to brag about it all the time, and many of his extracurricular activities are a matter of public record thanks to his divorce proceedings.

And of course there’s also the court records from his first divorce in which Ivana testified that Donald forcibly sexually violated her (an act most people call “rape”).

An act Ivana called rape. And only rescinded as part of a heavily NDA’d divorce settlement. And then there’s Jill Harth, who like wise accused Trump of at least attempting to assault her. And though she dropped her suit she has never rescinded the accusations. So like I said at least two well attested accusations, drawn from sworn court testimony, from identifiable accusers.

the one accusing Trump actually has at least one credible witness to the deed itself who is willing to testify to that effect under oath.

This makes it sound like you’re giving the new lawsuit more creedance than it deserves. The current lawsuit has a claimed witness. No one seems to have established who that witness is, none the less whether she is credible. Or as with the victim whether she exists. You have Katie Johnson, a person noone including her attorney seems to have met or seen in person. And you have Jane Doe. A claimed witness, who’s identity has been blocked.

I just keep seeing that lawsuit crop up everywhere. Its, like I said, sketchy at best. And seems to be distracting from the already existing and far more credible accusations against Trump.

I’m definitely not supporting Bill Clinton for President this time.