The changes in the primaries that made it harder for the South Bend mayor to succeed also constitute progress for his party.

The header says “Two Things” but, I could swear that there were many more in the piece.

“I realized I need to drop out before I say something mean about someone who might pick me for VP.”

Joking aside, I am much more enthusiastic about Buttigieg’s candidacy now that it’s over. It really was a hell of a thing, and it’s all the more incredible that the first gay man to do this wasn’t someone we’d heard of before - not a celebrity or established politician - and they made a real run of it.

speaking as a gay man, i was initially super excited about Pete. to think that in my lifetime we could have an out candidate not only run but maybe actually make it to the presidency was very exciting, and is something i never thought i’d see in my lifetime. but, ultimately, he wasn’t my choice to back only because i feel he’s too centrist (go bernie!). i liked him otherwise, and up until last night i was still cheering for him and would’ve voted for him if he managed to be the nominee, but i think he’s made the right choice here. he’s young, and he can run again.

“I realized I need to drop out before I say something mean about someone who might pick me for VP.”

There is certainly speculation that there is expectation that dropping out now and clearing a wider lane for Biden will be rewarded down the line–maybe not VP, but a prominent position in the administration. Pete is still pretty young, and with more experience in DC he could easily run again.

Mayor Buttegieg certainly deserves credit for demonstrating that a gay man’s thoughts can be as vapid and content-free as any straight guy’s.

Trump lashes out at Fox News for new poll showing him losing to all the Democratic candidates.

And how much of those 2 points come from CA and NY?

The living, breathing embodiment of “there are good people on both sides.”

And how much of those 2 points come from CA and NY?

Exactly. People using national polls are fucking nuts–did we learn anything from 2016? The GOP has set itself up as a party that can maintain nearly full control of the national government while remaining a minority party. Anybody who thinks it isn’t completely plausible, if not likely, that Trump will win again with an even smaller percentage of the national vote is crazy.

I think the “still breathing” part is Trump’s only hope. If Trump had to run against an empty chair or a dead person I don’t think it would even be a contest.

VOTE BLUE NO MATTER WHO!!! ANYONE BUT TRUMP…literally ANYONE.

Perhaps, but Trump is clearly in a weaker position now in places like Michigan, Wisconson, and Pennsylvania. Florida is very much up for grabs, depending on what emerges from the fight over voting rights there. No question, the PoT has tried to fix things as much as they can, but it is not insurmountable.

All fair points, and I totally agree that it’s not insurmountable. But I think the confidence we’re putting polls showing X vs Trump in a hypothetical match up is unwarranted and dangerous. My biggest fear (behind millipedes) is Biden wearing down on the campaign and his numbers eroding as he continues to behave like a befuddled old man. He’s the guy I worry most about Trump mopping the floor with at debates and the narrative changing to Biden being the fool.

A steaming pile of fetid dingo kidneys beats Trump by at least 5. The electoral college would blunt that some though. Go Team Stench!

If you intended me to read this in John Mulaney’s Keith Morrison, mission accomplished.

He’s the guy I worry most about Trump mopping the floor with at debates and the narrative changing to Biden being the fool.

I’d be equally worried about Bloomberg just coming across as a fumbling loser against Trump in a debate and the narrative becoming, “incompetent rich guy thinks they can buy the presidency”. Then Democrats end up wallowing so deeply in the irony of that statement that they lose track of any positive message.

But these seem like pretty slight advantages/disadvantages to me. It feels like it would take a biblical miracle for the next election to be anything but a referendum on how America did under Trump’s administration, no matter who the democrats put up. I’m not saying the Democrats automatically win that referendum (especially because the Republicans are going to cheat like crazy) but I think that’s what it’s about.

Joking aside, I am much more enthusiastic about Buttigieg’s candidacy now that it’s over.

Plus, it had reached the point where it was not doing his political career any favors. To try to mark out a lane he was sanitizing his positions to the point of meaninglessness, and the longer he stayed in the more he was likely to be attacked beyond what he deserved. For example, at the same time that everyone was calling Pete “Mayo” and suggesting he was racist, Michael Harriot in The Root did a report card on every candidate’s African-American positions, and Pete scored only just behind Biden (and way ahead of Bernie):

Economics: Mayor Pete’s economic plan focuses on employment and entrepreneurship. Not only is it ambitious, but it is detailed.
[…]
Criminal Justice: While not as detailed as his economic plan, Buttigieg’s criminal justice reform ideas show a unique understanding of the issues below the surface.
[…]
Politics: He hits all of the right targets: Gerrymandering, voting rights, combating voter suppression. He also mentions D.C. statehood
[…]
Comprehensiveness: Buttigieg didn’t come up with this himself. The Douglass plan shows that he intentionally engaged with people who knew about racial disparities and came up with ideas on how to fix them.

I’m sure we’ll see more of him, and I hope that in the future he (a) can resist racing towards the center-right, and (b) does a better job of overcoming the smears of people who are afraid of his political appeal. 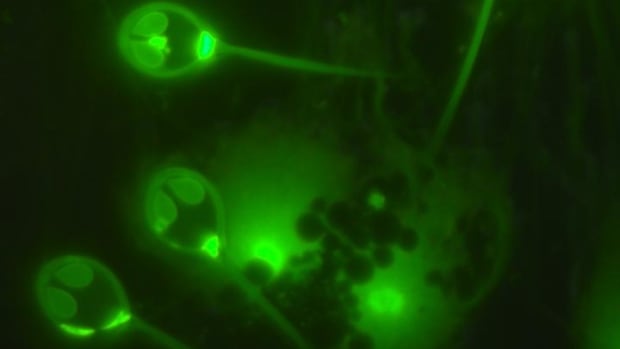 For the first time, scientists have discovered something they didn’t think existed -- an animal that can’t breathe oxygen — and obviously doesn’t need to.