I don’t think race is the key here for the NRA–do they ever issue a statement against the police? Police officers are a source of their membership (although I know when the NRA was supporting armor-piercing bullets in the 80’s a lot of police groups were angry with them). There’s so much to be outraged about here, that I’m not sure it’s worth directing any at the NRA (there’s so many others reasons to have contempt for them). Donald Trump, on the other hand, who says people should be armed to stop terrorists (and would probably love the idea of a school cafeteria worker with a concealed carry permit) is worthy of contempt for his silence.
This is a case, pure and simple, of an officer being terrified of a black man with a legal firearm, for no reason other than the color of his skin. And that happens every day, everywhere.

The guys with guns need to be stopped.

Hell, last year I got in a reddit argument about gun control and they brought up how early gun licenses were designed to keep guns away from blacks and minorities.

I noticed the first line from the news story you posted before updating it to the direct video link: “A viral video has been sparking racial tensions towards law enforcement, and it involves a Washoe County Sheriff’s deputy and a Sun Valley man.”

The video is the thing sparking tension. Sheesh.

(commenting on media shittyness, not you, BTW)

Even aside from early reconstruction-era attempts, the Mulford act was literally to put an end to the black panthers’ [quite effective] system for appearing and milling around visibly armed during police encounters to keep them in check, because of this exact problem. Even MLK’s premises were basically an armed camp, and many of the more successful protests of the movement had visibly armed partisans staged nearby.

Rewriting the american civil rights movement’s nonviolence as “unarmed” rather than “restrained” is “noble savage” grade bullshit, and I continue to be horrified at how many would-be leftists go for it. There were a bunch of reminders to the contrary a couple years ago when Charles Cobb’s “This Nonviolent Stuff’ll Get You Killed: How Guns Made the Civil Rights Movement Possible” came out, but we’re right back to pretending because it would be unthinkable to give ground to the enemy other on a perfectly good wedge issue.

“A viral video has been sparking racial tensions”

Perhaps that’s code for, “White people are getting upset, too!” After all, without the video, the police narrative would hold sway, at least for white people (whereas black folk know firsthand what shit goes on). But I suppose that isn’t what they’re saying, is it? It’s more like, “Thanks to the internet, white people are finally becoming aware that black people have always been pissed off about this shit.”

Even MLK’s premises were basically an armed camp, and many of the more successful protests of the movement had visibly armed partisans staged nearby.

In the article and book it’s about from the latter link in my post. The best contemporary accounts are from William Worthy. Just to provide another link from the least likely source imaginable, here’s another corroborating article in the Huffington fucking post.

Saying that because first gun control law (and many after it) prohibited blacks from owning guns, therefor the second amendment wasn’t meant to apply to black people makes no sense whatsoever. In fact, it makes anti-sense since the Second Amendment is the opposite of a gun control law.

The problem with discussing original intent here is that different people at the time meant different things when they said “The People”, regardless of which part of the Constitution we are talking about. Given the choice, someone like Ben Franklin might have included black people in The People, while other signers might have preferred “The White Affluent Landowners”. That’s why they left it vague.

Article calls this the “early King” and says “Eventually, King gave up any hope of armed self-defense and embraced nonviolence more completely.” Which implies that he abandoned guns but doesn’t say it explicitly. I wish I had time to check more sources to see if King spoke about this. If he did abandon guns when he “embraced nonviolence more completely” then it would seem perfectly consistent for those who admire King’s philosophy of nonviolence to abhor the use or ownership of guns – as perhaps the “later King” did himself.

My understanding is that it was “complicated,” later King did choose to distance himself from armed self defense, but continued to coordinate with organizations like Deacons for Defense who embraced it.

There appear to be more consequences when a police officer shoots a dog. 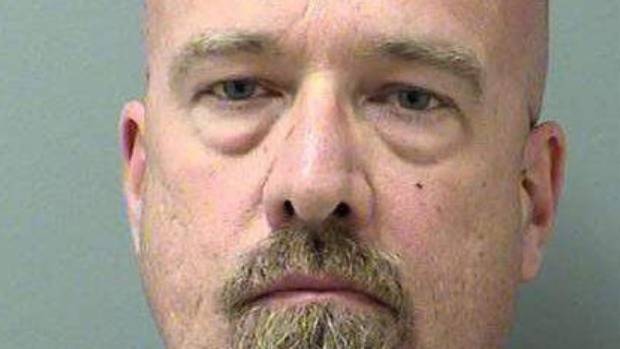 When a dog died, its police handler seemed distraught. Then investigators dug up...

When his dog died, the cop seemed distraught. Then investigators did some digging.

There’s plenty of shame to go around here. Shame on racist police, naturally, but worse is police agencies with no accountability to the public. They protect themselves, they protect white people when the occasion calls for it, and they protect everyone else only when nothing else interferes.

Shame on the NRA for pretending that “the best protection against government abuse is a well armed citizenry”, which is clearly bullshit unless you’re talking about white people as we see here… and then, it’s still bullshit, because the police will always have bigger better weapons. They’re happy to fuel and profit from an arms race while public safety erodes.

And shame on anyone who only reads the part of the second amendment they think applies to them. “Well regulated milita” was supplanted by the National Guard sometime around the civil war, and no one bothered to change the constitution to reflect that fact.

Shame on the NRA for pretending that “the best protection against government abuse is a well armed citizenry”, which is clearly bullshit unless you’re talking about white people as we see here… and then, it’s still bullshit, because the police will always have bigger better weapons. They’re happy to fuel and profit from an arms race while public safety erodes.

I agree with your first paragraph, but I think that it is dishonest to accuse those who you disagree with of “pretending” to a position. And “police will always have bigger better weapons” is conditional to your first paragraph, of them being unaccountable. Making government accountable usually requires both carrot and stick. Much of today’s authoritarian militaristic police state was made possible by the left no longer having any teeth to back up its humanitarian agenda.

Rewriting the american civil rights movement’s nonviolence as “unarmed” rather than “restrained” is “noble savage” grade bullshit, and I continue to be horrified at how many would-be leftists go for it.

I tend to agree. In the UK over the past few years, they have gone out of their way to include legislation which can also label completely non-violent groups as “dangerous extremists”, citing them being a threat to the “stability” of market capitalism. In the US it might not be said as formally, but the tactics LEOs and “intelligence” have been free to pursue with Occupy and BLM suggests that this is the case here as well.

When the left get targets painted on them even for being non-violent, things have gone quite wrong and I am not eager to assume good faith.