Christ, what a Kieser!

It’s amazing that people will lie when they know they’re being recorded. What a maroon!

Christ, what a Kieser!

From the sounds of it, Kieser was quite a keister. Close enough.

Keiser lied about what happened on the stand

Sorry, couldn’t keep it back.

Maybe if they were allowed to SEE the video before they make up their lie it would be a more convincing lie. Isn’t there something like this with police that have those built in cameras on their person?

Should cops be allowed to see bodycam footage before filing reports?

Should cops be allowed to see bodycam footage before filing reports?

When is this ‘agency’ going to be shut down? They are completely worthless and couldn’t catch a terrorist if said terrorist was standing in front of them screaming and yelling.

This is a dumb question (but Im a dumb person) … How do they get punished? (or was that typed sarcastically - I’m dumb, I can’t tell )

I was being sarcastic. Lying on the witness stand is a crime, a felony that can end in prison time. I have never heard of a cop or LEO getting punished for it.

What can I, as a private, concerned citizen do to make sure Charles Kieser is chained to dungeon wall and eaten by rats?

I think they have qualified impunity it the deception is part of their job.

Make a trip to home depot and petsmart?

Plus Ikea on a Saturday or the weekend before the local university begins the fall session.

“Last week, Malone filed a suit on Vanderklok’s behalf against the TSA,
the Philadelphia Police Department and the Department of Homeland
Security, alleging that Vanderklok was willfully deprived of his liberty
because he had the gall to say that he wanted to file a complaint.”

THIS is the problem, if people keep suing the departments than the stupid people working there, no one will never be fired or change. Sue the idiots who work there instead and take their pensions, THEN and only then, will things change…

I think they have qualified impunity it the deception is part of their job.

Immunity? No. Cops are not immune from prosecution for perjury. LEOs and prosecutors cannot knowingly lie in court. Prosecutors are not even allowed to put someone on the witness stand if they know that person is going to lie.

Cops can lie to a person to extract a confession, e.g. “We have your DNA, we know it’s you.” This is during the course of an investigation, and there’s no law against it, just like lying is not a crime generally. (Lying to the police is, however, a crime in most jurisdictions, but remaining silent is not. Which is why no one should ever talk to the police.) But in court, where they swear to tell the truth, they cannot lie without committing a felony. No exceptions. They cannot lie to a court even if they are “undercover.” 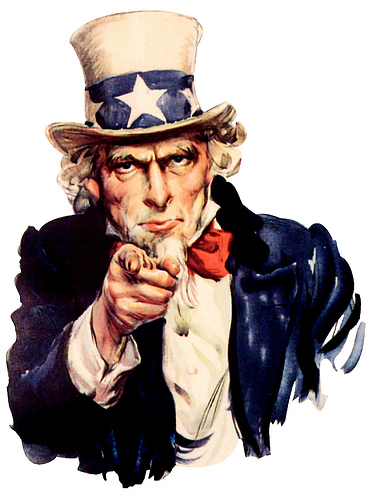 It’s the last time I take my pants belt off for you, Uncle.

THIS is the problem, if people keep suing the departments than the stupid people working there, no one will never be fired or change. Sue the idiots who work there instead and take their pensions, THEN and only then, will things change…

Could they sue both?

One would hope, given that(while just) suing individual TSA flunkies is unlikely to be terribly lucrative, possibly not even a break-even proposition given the costs and uncertainties of a civil case. TSA screeners are not terribly sympathetic characters, and have an unpleasant tendency to act as though they are Lord Captain America of their pitiful little fiefdom; but they don’t exactly rake in the cash.

If the victim wants to actually see financial redress, they really have little choice but to go after the organization.

The real failure in this case is that the TSA guy never saw any penalty for the blatant perjury, for which he easily deserves some years behind bars.

Probably nothing; but I wonder if enough people could be rallied behind the simple act of remembering Mr. Kieser’s face and, should they see him when passing through Philadelphia International Airport, asking him(loudly enough for others to hear; but no shouting or disorder) “Are you Charles Kieser? I read about you! You’re the guy who had a passenger arrested for no reason and then perjured himself in court! I never thought I’d actually meet you!”.

Humans are social animals, and shame gnaws at you if you cannot escape it. In this case, I’d say that that is not such a bad thing.