These guys and the Norwegian appliance band should totally go on tour together! Imagine the percussion possibilities when a mini-excavator meets a (disconnected) gas stove…

Can’t unsee that, I dare you.

I follow eYe on Twitter and it kind of sucks because he is still doing music, but it all appears to be limited 500 prints runs on vinyl. It seems to be harder to find his music now then in was in the 90’s and 2000’s when I made record stores special order the Super Roots CD’s.

I winder if this is the actual source of a story I heard back in the 90’s about SRL (Survival Research Laboratories) or was it SPK?

Basically it’s the same story, but they had chained up a large tamper (the thing that vibrates gravel flat) to a support column of the performance venue, y’know, to keep the beat as one does. Well it apparently got away from them and pulled down the load bearing support.

Seeing some of the crazy stuff Mark Pauline did during some of their shows, I just assumed it was true. But maybe Japan beat them to it.

This video of GISM is a classic too. Skip to about 07:30, it’s old, so you can’t see much in the dark most of the time. Do get occasional glimpses of the audience scrambling away from the front man in the flashes of light.

Not a bulldozer, it’s a mini excavator (also per above); accuracy, even back in the 80’s, is an inconvenience

So this was performance art:

Isn’t it always? On purpose, not on purpose, what does it matter?!

Art is where you find it…

Everything is art, and all art is political

There’s a similar story in an Einstuerzende Neubauten documentary from the mid-90s where one of the band, I think it was NU Unruhe was drilling into a wall as part of the show, and he later discovered we was right beside the main power lines for the building and would have died if he’d picked a spot a little to the left of where he was.

Similarly there’s a bit in there where they talk about playing a gig in London, and the venue was apparently above a tunnel network that connected various strategic locations around the city - so they tried to dig down through the floor until the gig was shut down. The venue tried to sue them for damages until their manager produced the contract that stated they’d booked a performance art troupe who’s work contained the use of tools to cause destruction to their surroundings… 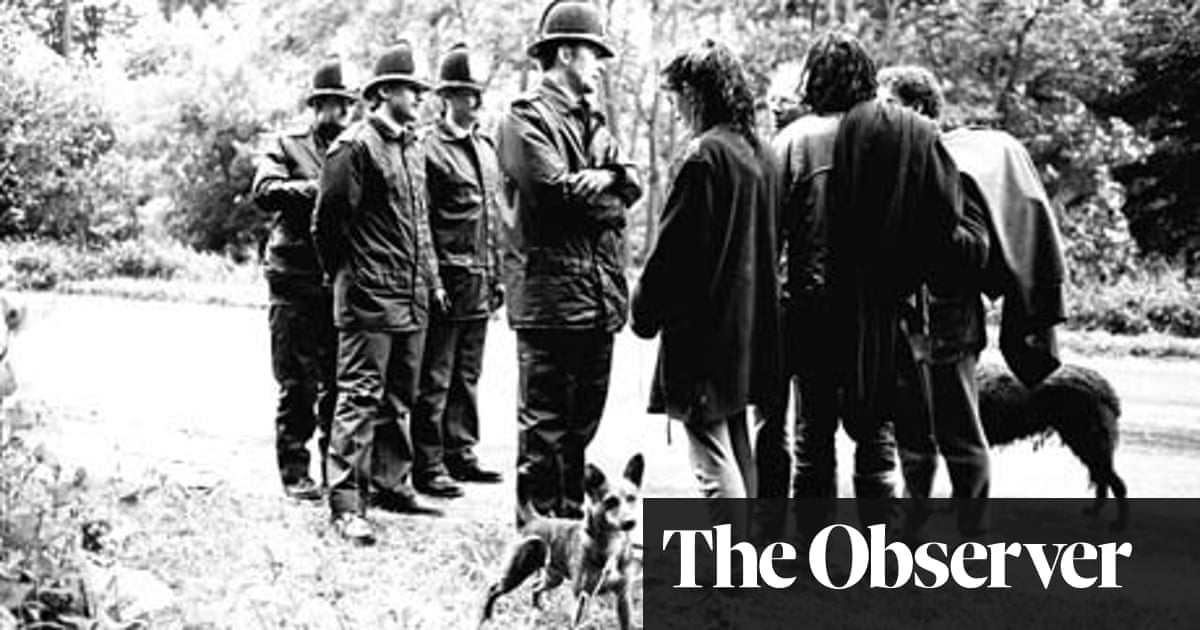 Tim Guest tells the story of how the state crushed the early 90s free party...

Speaking to survivors of the early 90s free party scene, Tim Guest tells the story of how the state crushed the dream

It’s a backhoe, not a bulldozer.

It’s a backhoe, not a bulldozer.

Excavator.
There is no front loader bucket on it, plus it has tracks.