I wanted to post this in Games but it’s not clear to me that people would appreciate that. But the point of the thread is game-like. This discussion is where hopeful and wishful thinking goes out of the window. Here the focus is on where you think, for better or for disastrously worse, the race stands today.

“Today” is a bit of a moving target, of course, because I figure this thread will be useful up to election day 2016. But remember, the question isn’t who you think will ultimately win, just what would happen if the election were held today.

I recommend you build and share your own electoral map from:

It was the fastest-loading least crufty version of the map generators I’ve seen.

Here’s my best guess for an election today:

I think the Shock-Top mascot reject has really been handing himself a beating this week. I also think that people in states with a large Hispanic population are really going to turn out the vote and African-Americans have demonstrated that North Carolina an Virginia can be put into contention. I don’t think Tim Kaine helps all that much with Virginia, but Trump has really been scaring people lately. Believe me, I’m wary of wishful thinking, but I don’t see Trump winning today. Who knows what tomorrow brings.

I was half tempted to give Texas to Clinton, too. 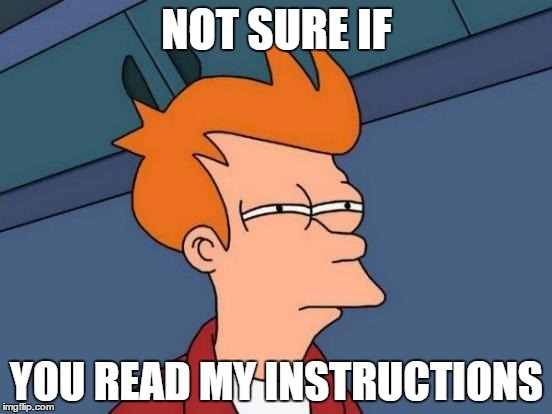 10 mins of stuff about Trump not being allowed to win, Obama would declare martial law to keep him out, refusal to call “the other one” by name.

10 mins of stuff about Trump not being allowed to win, Obama would declare martial law to keep him out, refusal to call “the other one” by name.

Okay… so I read that and actually initially assumed they were for Clinton.

“Trump CAN’T be allowed to win. Obama should do anything to stop him. Don’t even say the name of the third-party nut job people want to vote for instead of Clinton.”

Nah, this is the militiaman, all about the 2nd amendment, Obama’s coming for my guns, WW2-recreating (playing the Germans, with swastika armbands - and eating cakes with swastikas on them) guy.

Also, very fond of Russians (or at least Russian and Ukrainian ladies).

Oy. Sounds like a Class 4 Nutjob. I’m too nice, I don’t know how I’d get out of what must have been some painful conversations. I don’t envy you.

Apparently, GA is in play, too (at least according to the local ATL npr station).

You will notice from my map that I gave GA to Clinton.

(I’m assuming that at some level of continued awfulness from Trump, eventually ATL just overwhelms the rest of the state). Probably a better bet than me giving her Utah and Missouri, anyway.

Is Georgia Becoming A Battleground State?

Hillary Clinton is riding high in the polls. How high? A poll released by the Atlanta Journal-Constitution on Friday found Clinton leading Trump in Georgia, 41 …

I’d bet that Johnson makes good inroads into the redder ATL suburbs and red cities in the rest of the state, drawing off just enough votes to let her swing it here.

But that might have to change my voting strategy a bit…

If he’s really polling at 1% with African Americans, that’s a 1/3 of the entire state that will vote against him. He’ll lose Savannah, Macon, Augusta…

Should we revisit this?

Still fairly happy about my map. But Georgia and Utah were probably a bit optimistic.

I’m late to the party, but here’s mine:

My tossup predictions, in order of confidence:

I tend to call these races way closer than they are when I pick state-by-state, so if I just pick an electoral total, I’d call this contest 310-227-1 Clinton/Trump/Johnson.

#UPDATE: This thread is now about predicting the outcome on November 8th.

My prediction: We will know Hillary won before the CA votes are even counted.

They will call the election for Clinton as soon as the North Carolina polls close.

They will call the election for Clinton as soon as the North Carolina polls close.

I would love for that to happen. I’d love to watch a sea of blue wash over the US from right to left as the polls close, I really would. I’m sure that’s not going to happen, unfortunately, and will be happy to settle for “enough blue to keep Trump from winning.”

NM and UT results will be among the last to be reported.

Some Comedy Central show will take heat for using the Edison film from 1903 “Electrocuting an Elephant” (NSFPETA) for a comical metaphor for what Trump’s done to the Republican Party as it depicts cruelty to animals.

EV: 318 D - 220 R (Still low, but GOP has upside potential. I bet on the states with names beginning and ending with the same vowel to give EVs to the Republican Party.)

Randy Bachman has a win-win royalty situation as one campaign HQ will blare BTO’s “You Ain’t Seen Nothin’ Yet” and another will blast The Guess Who’s “American Woman.” Don’t know which side will play what.

Melania will be delegated with delivering a concession speech but John Barron/Meredith McIver will reprise a stunt and insert lyrics from Romeo Void’s “Never Say Never”.