Pledge: I will not participate in any event organized by or including institutions that employ Kirstjen Nielsen

This strategy has a downside, which is that for the large majority of the public who perceive the world via (a) Fox News or (b) the mainstream “but we must be civil” apology machine, it will look like partisan hounding.

It also has a potential upside, which is that it could teach members of this regime that they will be shunned and ruined professionally.

So it’s only worth doing if the latter is guaranteed. It must be reliably impossible for anyone who has aided Turmp to get work again; there can be no loophole, no right of appeal, no sneaking under the radar, and no exception for people who are “colorful”. Wicked people are not deterred by consequences they think they have a chance of avoiding.

Disagree. My reading is “He fires people who won’t help him break laws. My wife still works for him. QED.”

Yes, nostalgia for GW Bush among liberals is very troubling. I don’t get it.

His presidency was the darkest time of my life and the worst period in this country that I’ve lived through so far to this day even though Trump is likely a worse person on an individual level and Reagan wasn’t much different from Trump IMO. I don’t get the free pass either. People make up whatever narrative is easiest to live with today, they rarely actually recall much more than what they’d rather remember due to present circumstances.

Yes, nostalgia for GW Bush among liberals is very troubling. I don’t get it.

seriously. I heard pro bush nostalgia from my own mother’s mouth. I asked her if she always supported mass murder and war crimes, or just when someone blatantly offensive showed up. Told her to google the number of innocents slaughtered by the war criminals and try to repeat the heinous nonsense she was parroting.

nostalgia for GW Bush among liberals

I said it before, I’ll say it again; Merely being less horrible does NOT equate to being good. [image]

O_O Just because W. is less unbelievably-fucking-horrible than 45 is, that still doesn’t make him “good.” Some people’s “bar” is so ‘low,’ it might as well be buried 6 feet under at the bottom of Death Valley… [image]

AGAIN: Bush 2.0 still isn’t anywhere near “a saint,” he still wasn’t a good president and being marginally less horrible than the current clusterfuck in office still doesn’t make his piss poor performance as a world leader any better. [image]

The cages were from the Obama admin: 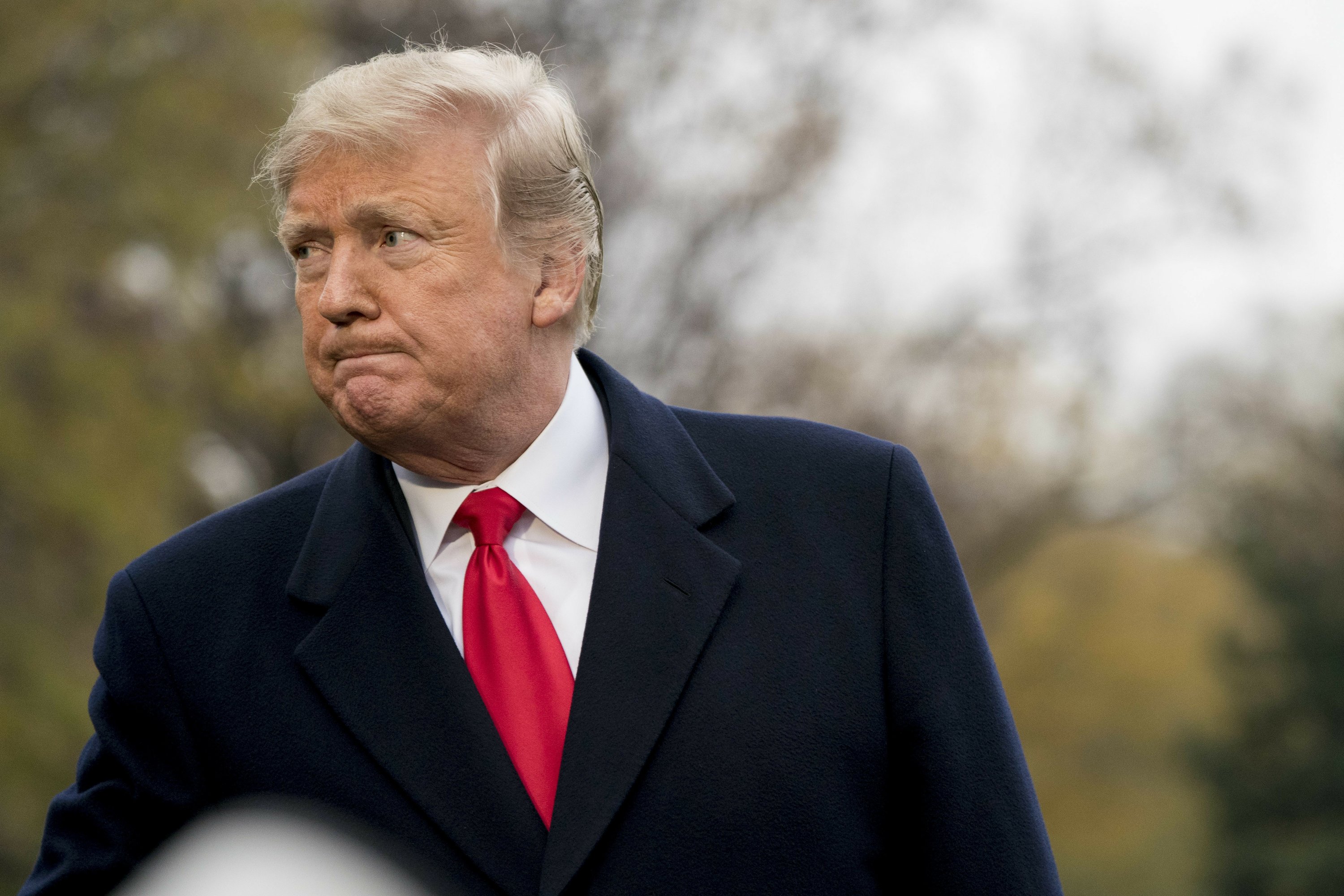 WASHINGTON (AP) — President Donald Trump is falsely asserting that the federal policy that split migrant families at the border was practiced by his predecessor, Barack Obama, as well. The Obama and Trump administrations operated under the same...

I pretty much figured this is largely an act in order to preserve his wife’s professional reputation.

Either that or the sex is so crazy mad hot that they just don’t mind the differences.,

Welcome to BoingBoing! Also, you seem to have assumed that nobody would actually read the article you linked.

Unless I am mistaken, the idea is to get people to pledge not to appear on panels with this… ugh. person? Yeah, we’ll be kind… person, and not to participate in any way with anyone who hires her.

And I mean, if she’s hired by ReichWig Thinktank Inc., and you disagree strongly with their policies and politics, probably a good idea not to appear at any events that they host or any panels that they sponsor, because you’re going to be ambushed.

But specifying that no one who leans liberal will ever appear on a panel with her means that there will be no one to contradict her claims and bring truth to the discussion; which is important for third-party panels that are less biased. I would hope that any appearance that she has in a mainstream to liberal panel will be filled with all kinds of liberal thinkers who will shellac her to the table and run rings around her logic to the point that she looks like a war criminal.

Appearing with her legitimizes her position, and makes you complicit with normalizing her actions.

I wish there were some chance of this actually working, but it would be unprecedented.

Not Tough Enough For Trump

We all know Kristjen Nielsen was more than a willing accomplice in, and extreme liar about, Trump's baby cage program. That she made Trump ...

For awhile during the earlier days of the Trump administration, especially, people would say things like "oh wow these people are all going ...

Did anyone pledge to “be silent”?

A noisy boycott doesn’t mean that people stop making public arguments; it means that you’re not sharing a stage with a person as some sort of peer or colleague.

This literally happens all the time, at any kind of conference. For instance, if George R.R. Martin refused to go to some author’s roundtable, that wouldn’t kill his influence. This is true in the same way if he chose not to go because it was Nazi Fantasy writers or if it was Mediocre Quality but Pleasant Enough writers. 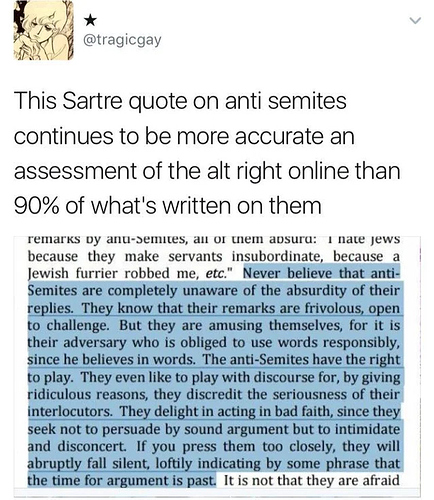 That’s Sartre of Nazis from the first half of the 20th century, they are all trolls. There is no use in talking to these people, nothing can contradict their nonsense. To contradict something that thing has to have a point in the first place. The only way to respond to a person who runs kid kennels is to shun them.

Did anyone pledge to “be silent”?

Yeah, you can shun people extremely loudly. By, say, making a public declaration that you are shunning them on your website and encouraging others to do the same.

Obama did it! Got it Bro! You win the internet…

… and this is why the left looses to the right on a regular basis.

We’ve been ignoring the Nazis for 50 years. Are they gone yet? Surely they must be!

” option on this. A mental picture I cannot unsee. Oh my lord.

… and this is why the left looses to the right on a regular basis.

We’ve been ignoring the Nazis for 50 years. Are they gone yet? Surely they must be!

The way white supremacists rose to power is by hiding in the darkness for the last 50 years and then jumping out at us in the last two or three? Police would have stopped oppressing minorities if only someone had rationally argued with them? That’s not at all how I’ve experienced reality during my lifetime.

And when did boycotting something start meaning ignoring it? I think denouncing and shunning require paying attention. 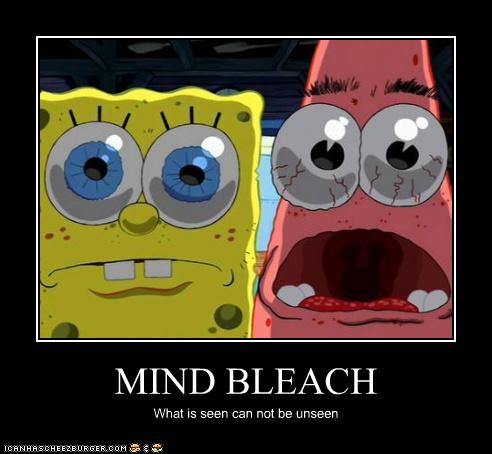