But are there fish biscuits?!

So cute. So deadly.

How is he getting some of the close shots? Drone? The polar bears appear to be inquisitively nosing the camera, which is a little too close for my comfort.

So now the polar bears control the Russian weather.

From the looks of it, this is drone footage.

The bears look wonderful; though it is a shame to see them left wearing last season’s colours. Time for them to ditch the Arctic camo, and switch to MARPAT. I guess that they might need to think of a name change too; from Polar Bears to become Subpolar Bears.

@Tribune Thanks for a real Laugh Out Loud.

From the looks of it, this is drone footage.

It is drone footage. From the Guardian article

“It was too dangerous to land on the island that day, so I took pictures from a drone equipped with special low-noise propellers. I also used certain tricks of the trade that allowed me to shoot the animals without disturbing them. After a while, the bears practically ignored the unusual buzzing.” 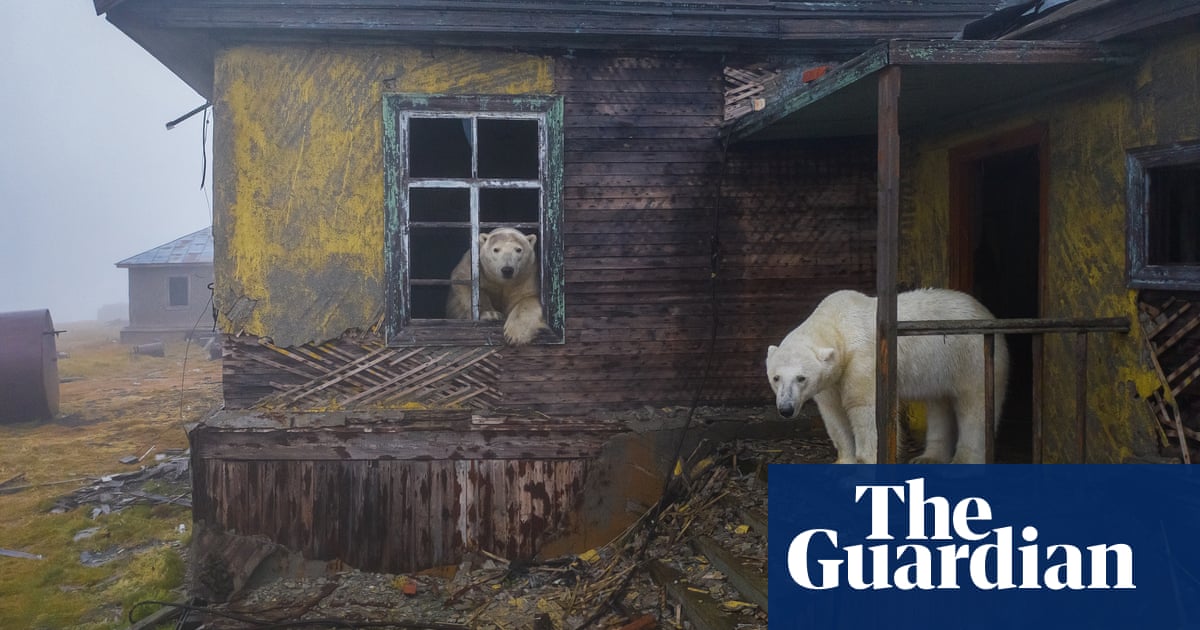 If it gets too warm algae grow inside the hollow hairs of the polar bears’ coat, making them greenish. So here it will be like other seasonally changing arctic animals.