Police Wake Couple, Murder The One Who Answers

Yup. Time to sack the Watch, and start up a Thieves’ Guild. At least thieves rat on each other.

Seriously, when the police become so corrupt that the people they’re notionally supposed to protect are terrified of them, people turn to alternatives for their own safety and security. And they’re right to do it. Don’t reward the government breaking our trust all the time. That’s just crazy.

I think what’s at the bottom for me is a recognition that what we’re doing not only does not work but is causing great damage to the community-police relationship, and that we’ve been doing it for decades if not centuries. And as long as we persist in this sort of delusional notion that we can tweak the system or tinker with the system and bring about the reforms necessary, those reforms will remain elusive. So my position, Dennis, is that policing needs to be radically reformed.

Police are on pace to exceed last year’s murder tally.

Police are on pace to exceed last year’s murder tally.

Any idea how many of those were self-inflicted?

So never call the cops anymore.

Don’t even need to call the cops, just call 911 for medical help, get your husbands back broken: Louis Tramunti’s Wife Thought He Was Having a Heart Attack. So Why Did the...

He made it unscathed from Whitestone to Westchester. Then his wife called 911 and things fell apart, fast. Kathryn Johnston (June 26, 1914 – November 21, 2006) was an elderly Atlanta, Georgia, woman who was shot by undercover police officers in her home on Neal Street in northwest Atlanta on November 21, 2006, where she had lived for 17 years. Three officers had entered her home in what was later described as a 'botched' drug raid. Officers cut off burglar bars and broke down her door using a no-knock warrant. Police said Johnston fired at them and they fired in response; she fired one One of the off...

how the rest of the world watched how we conducted our first Civil War in horror at our capacity for bloodshed.

to be fair, at the same time, China was also in a civil war and tens of millions of people died: Qing victory Later stages:  France  United Kingdom The Taiping Rebellion or the Taiping Civil War was a massive rebellion or civil war in China fought between the established Manchu-led Qing dynasty and the Christian millenarian movement of the Taiping Heavenly Kingdom between 1850 to 1864. The Taiping Rebellion began in the southern province of Guangxi when local officials launched a campaign of religious persecution against a millenarian sect known as the God Worshipping Society led by Hong Xiu...

From the end of that article:

"I’m trying to tell white people: They’re coming for you, too, bro.”

Exactly. Uniformed thugs always target the most vulnerable first, but they never stop there. The only way to turn this national nightmare around is criminal prosecution of cops for wrongful police shootings, but instead we keep electing DA’s who won’t prosecute and justice officials who protect predatory cops.

"Black Lives Matter and Blue Lives Matter are often painted as if they are fighting similar battles. Their roots are far from the same: One erupted after decades of institutional racism faced by Black people and the other, a backlash to that eruption, is fueled by reactionary politics.

The rhetoric surrounding the latter, however, has entered into at least 37 states where lawmakers have introduced bills seeking to increase penalties for offenses against law enforcement, according to a Rewire analysis."

It’s not that the particular officers are criminals. It’s the system that allows police to invade your home and shoot at people.

It’s not that the particular officers are criminals.

They shot a man through a closed door without even seeing who was there. Could have been a child. Yeah, they’re criminals.

It’s the system that allows police to invade your home and shoot at people.

It’s certainly that as well. But it’s not an either/or.

We fight the systemic corruption and brutality by holding predatory cops accountable. 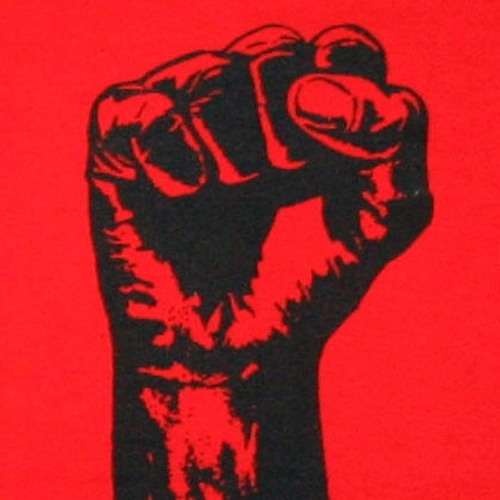 It’s not that the particular officers are criminals.

They shot a man through a closed door without even seeing who was there. Could have been a child. Yeah, they’re criminals.

Agreed. If I knew in 6th grade that you don’t so much as aim a weapon until you are sure of your target and backstop, a policeman sure as shit should be able to manage that. If any of us were that reckless with a firearm, we’d be charged as criminals. If you suspect someone on the other side of a door has a gun, friggin’ dive for cover, make them come outside to get a shot at you. Don’t just blindly shoot at an unknown target.

I don’t understand how cops manage to keep their jobs after improperly handling firearms at all. If I managed to drive recklessly as a pizza delivery guy and ran over someone’s dog, I’d be out on my ass in no time.

If my dad, as a union electrician, electrocuted someone because he didn’t know how to use circuit breakers and grounding, then he’d have been fired and the union wouldn’t support him either.

Here’s the thing, that I wish I could drill through some heads: blue lives do matter, it’s just that everyone has agreed, as a society, that shooting cops is bad (though if this goes on…), and very evidently the agreement on shooting, say, Native Americans or black people hasn’t been reached yet.

The story leads with “no active warrants”, which implies and impugns the victim.

The story closes with: “No criminal history whatsoever. A long-standing employee of the city of Bartlett,” In other words, an innocent and upstanding member of the community.

But by opening with that other line, the police statement implies that the victim had a record. And the report went along with the police, which is just as shameful.

Perhaps because Hispanics don’t go out and riot.