Popular misspellings of "ouija" in discussions of ouija boards on Yahoo! Answers

Words that are spelled differently on Yahoo; but have the same meaning, are referred to as ‘Souyhnhnms’.

I enjoy these because, behind the words, you can sense the unformed proto-minds trying to reach out. Like with phishing spam, except there what you sense is a cruel and grasping but fuckwitted pure evil.

“Do I have to make my own wedgie (board) or can I buy one from a witch or vegan.” Oh my gods.

I think you mean a wedgie board, right?

The Luigi Board. I always new Mario’s brother was a bit off.

“Do I have to make my own wedgie (board) or can I buy one from a witch or vegan.” Oh my gods.

I’m 80% sure that one was a deliberate troll.

Is it safe to ask ojo board how babby is formed?

Well, you know - not even the spirit world is safe from somebody preaching about the benefits of veganism.

Even the helpful and well informed answers on Yahoo are trolls.

Just smile and trust the wisdom of the crowd

They repeated “board” so much, now that looks weird. Board. Board.
That there’s widespread misspelling of “Ouija” makes sense, since it’s a made-up word with no connection to anything. It doesn’t even have a consistent linguistic root since it seems to be the words “yes” in French and German, but mispronounced, which doesn’t help one remember how to spell it. It’s almost as bad as trying to figure out how to spell the name of an internet company you’ve only heard spoken. “So what letters get arbitrarily left out?”

how babby is formed?

I’ve always wondered if that was misspelled or just using the English regional variant (also: babbie).

Given that it appeared in the same question as ‘pragnent’, I’m going with misspelled.

[quote=“Shuck, post:13, topic:88523”]They repeated “board” so much, now that looks weird. Board. Board.[/quote]When Player 1 just keeps on going non-stop, you get a-Luigi bored. 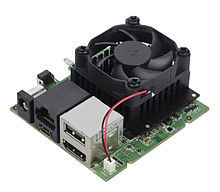 That was the worst.

…and what about when you waited for that long and then ran Luigi straight into the first Goomba?