You do understand the concept of theft, right? What she ADMITS she was doing WAS THEFT…

Even if we were in agreement on that (and we’re not), did you happen to read this part?

The electricity she used to charge her phone was worth a fraction of a cent.

Try flagging down a cop sometime and tell him that you believe someone just stole less than one cent worth of your property. Hell, round it up to TWO cents. What do you think are the chances that this would result in a police report, let alone arrest and incarceration of the suspect?

If theft isn’t a crime because you’re poor

Do you honestly believe for one second that anyone would have considered this a “crime” worthy of note—let alone arrest—if she hadn’t been poor? Rich people can steal millions of dollars without spending a day in jail.

Make no mistake, her crime was that she was a poor person in a place where she wasn’t wanted. The electricity “theft” was just an excuse to remove her.

When I see business travellers getting busted plugging their laptops in the airport, then I’ll believe this woman was fairly charged. Je Sui Jackie.

Aherm, it’s Je Suis; secondly why use the French? The expression was first popularised in an English language Hollywood film after all.

Yet I used to constantly do this with a freaking laptop, especially in the south park blocks.
I also used to occasionally break out a mountaineering stove and cook there while at PSU, I was only ever stopped if I was sharing with stereotypical homeless guys. Then the cops would appear like the bloody bat signal had been turned on.

It works great, unlimited wealth growth for the wealthy, unlimited potential for enslavement and punishment for those unworthy enough to not have invested and maintained that wealth well in the pre-post-scarcity times.
What good is wealth and power without serfs to lord it over?

Hell, round it up to TWO cents.

Don’t be so free with other peoples’ two centsworth. You’ll get arrested.

What did she steal? They do know the electrons come out of the negative pin and go right back into the positive pin?

Hell, I’ll rob a few banks tomorrow, because I make less than half of the median CA income.

Unbelievably pathetic. Comparing “stealing” 1¢ worth of electricity to robbing a bank.

What’s next? Are you going to suggest that she should have been met with an armed response? That’s what happens when someone robs a bank. If taking 1¢ worth of electricity really is equivalent then a dozen jackboot thugs beating her unconscious is certainly justified.

What happens if she finds a penny lying on the ground? Are you going to suggest she make a concerted effort to find the owner before claiming it as her own lest she be arrested?

What about picking up a dime? Is that a serious enough crime to justify pissing away a few thousand dollars of tax money to ensure she never ever does that again?

Theft of services.
In the spirit of decriminalization and saving public money I suggest it is a worthy service to the public to provide either 120v or even just USB outlets for anyone, including the hated homeless, to use. A 120v outlet could be current limited or even time out if there was a worry that they would be camped out or claimed by one user. There needs to be enough that even homeless people trying to escape by acquiring a job(you need a phone number) can keep this important asset working. I also suggest saving public funds by providing an easy to access, non-punitive, and private mental/physical health care, food, and basic housing rather than using homelessness as the default punishment for any issue that could get a person behind on rent then punishing the punished for being in a punished class. I also feel that appropriate clothing, toiletries, basic communications, and public transportation and perhaps an inexpensive bicycle(helmet, lights, lock) are worthy of consideration if we want to help people dig out of whatever hole they are in and become part of the productive class who feeds and clothes the wealthy.

You do understand the concept of theft, right?

Private planters were on public property. You do understand the concept of trespass, right?

These outlets were unsecured and without notices prohibiting public use, despite a history of public usage. You do understand the concept of consent, be it explicit or implicit, right?

it’s not that often I agree with you

A homeless person uses the outlet in a privately owned planter that is nevertheless on public property and that’s a crime.

A business fences off a block of public sidewalk, including a bus stop, and that’s not a crime.

I know the two aren’t really analogous, but it still says something to me about the incredibly gray area between private and public property. 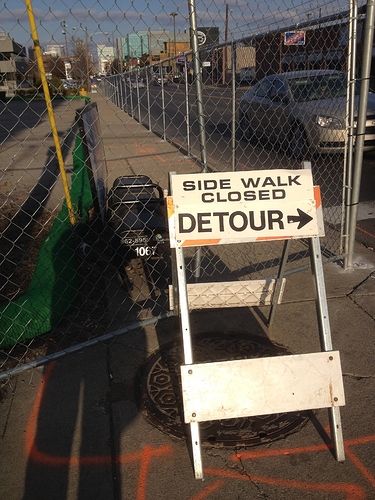 Proportionality: you lack it.

I’ll second that recommendation. The few libraries I’ve worked at or visited lately have purchased charging stations for phones/tablets, and as a person who has been ‘removed’ from a Wal-Mart (in Taos, of all places) for using an outlet on the front/exterior of the building to charge a phone, I know using libraries for this purpose saves all sorts of hassle.

When you consider property more important than people you have lost your soul and have become the enemy. 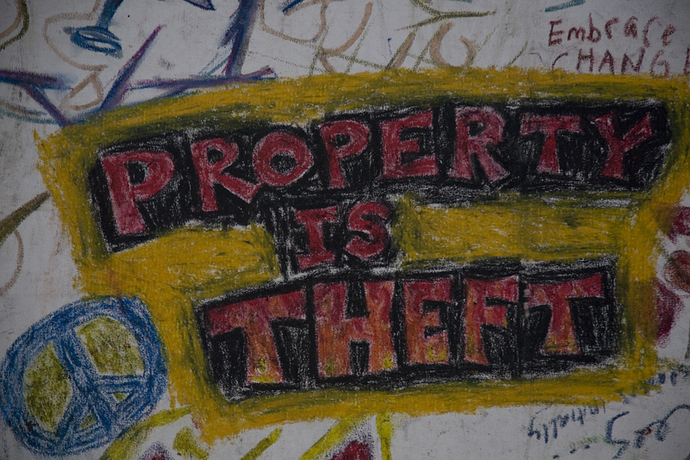 If it’s on a public sidewalk it is mine, and yours, and his, hers. What are you, a three year old who wasn’t taught to share? In our house we share our toys. If you didn’t want your sister to play with it you should have put it away in your cubby. 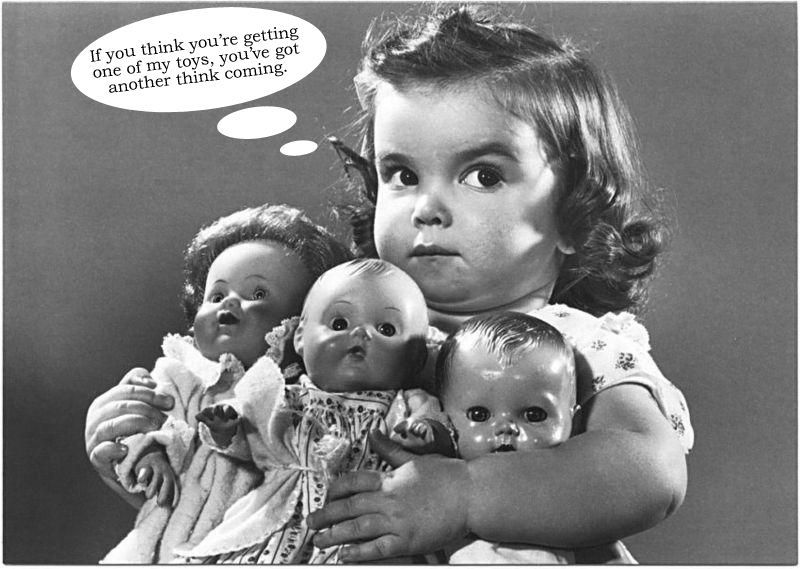 I get tired walking around the street. I sit on benches. If I sat on a bench near a plater (or summat) with an outlet on it, and I needed to recharge something, I wouldn’t think twice about using it. I might think twice about a drinking fountain, but a seemingly-public outlet? Less than half a pinch of thought.

Better a three year old than a sociopathic Internet troll.

Things commonly found on public streets and associated conventions known by most greater-than-three-year-olds.