The springtime is more than a month away but the house wren decided to make its nest in this light fixture with flowers. 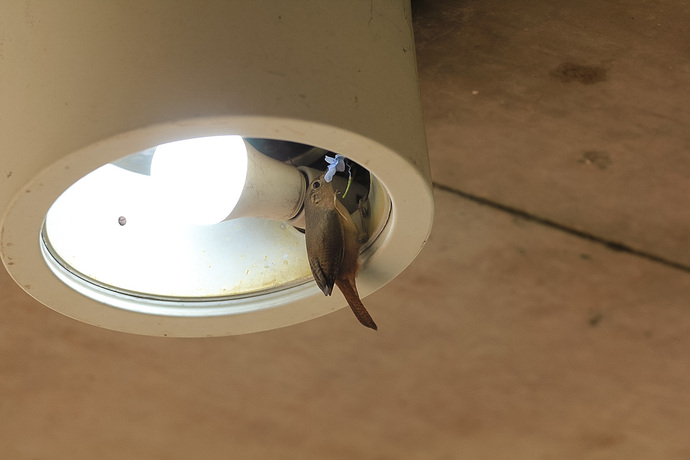 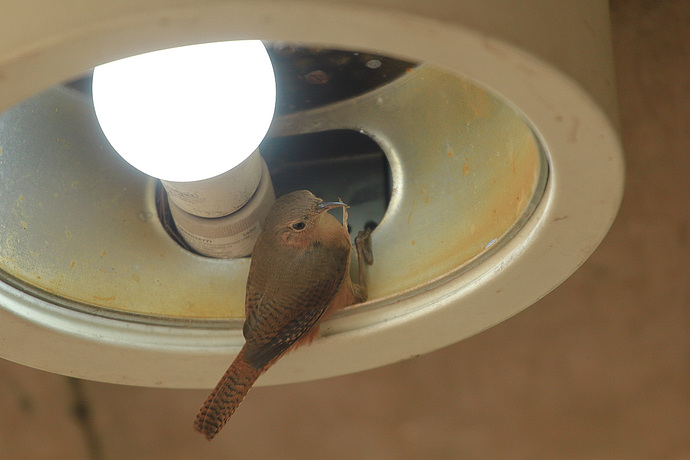 Smart little birb! What a clever spot. Outsource the incubation

Gave him an antibiotic shot, narcotic for pain, blood work, and sucked some urine out of his bladder. As long as we were there may as well see if anything else is going on and check his thyroid disease.

If he doesn’t improve in 7 days he goes back for a closer look.

But the doctor didn’t see any cuts or foreign objects.

Another 400 bucks. It expensive loving our pets. 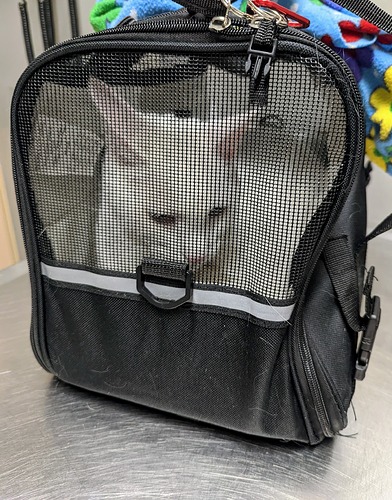 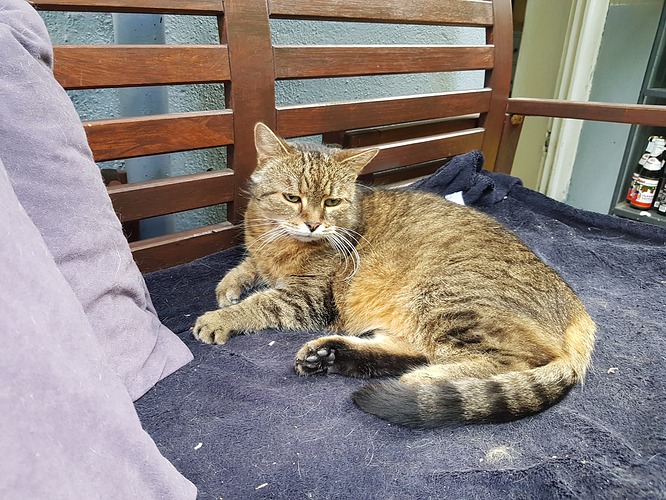 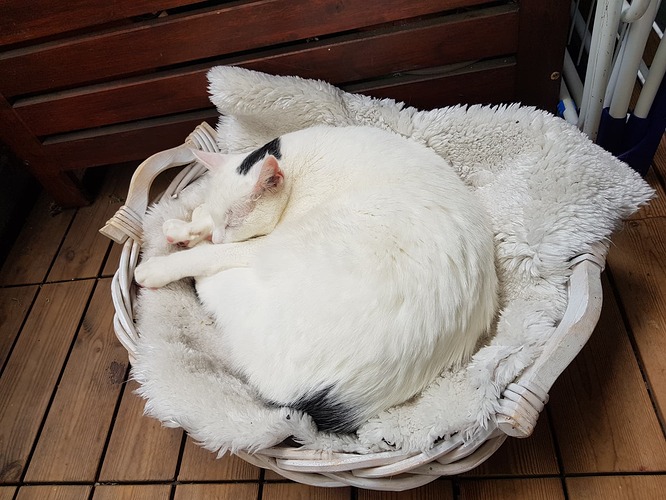 Cicada in my yard. It was flailing around upside-down and I just flipped it over. 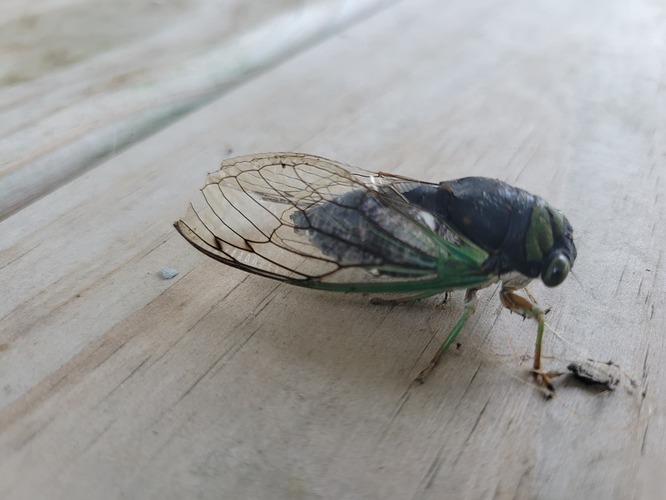 Its underside seems to be covered in a fungus.

Its underside seems to be covered in a fungus.

Maybe that wacky fungus that controls the minds of insects? Creepy

There are a whole variety of entomopathogenic fungi that grow out of insects. The Ophiocordyceps that precisely manipulates ant behavior is the most famous, but most simply try to kill their host as a way to get past its immune response. There is a Massospora for cicadas that replaces their genitals and then pushes them to mate indiscriminately, but I can’t see if this looks similar or not.

People should be nice to bugs, because nature is not.

People should be nice to bugs, because nature is not.

That cat’s something I can’t explain… 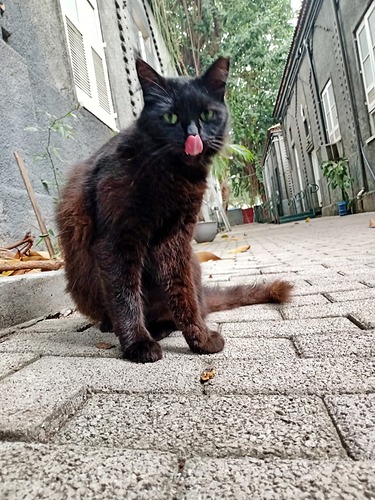 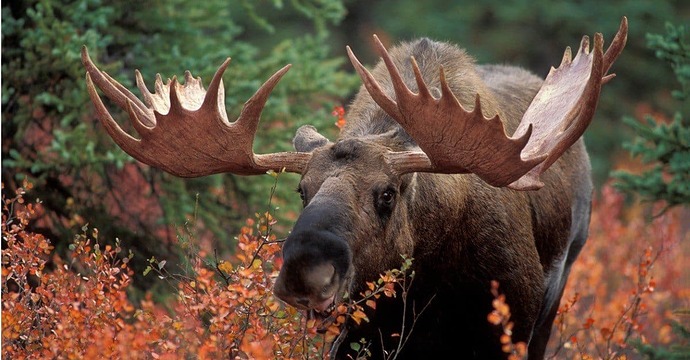 Watch a Gigantic Moose Chase Down a Racing Grizzly

Moose are generally peaceful creatures—though, in the fall, during mating season, bull moose tend to be more aggressive. The females may also get aggressive when protecting their young. Although they are the largest of the deer family, moose have... 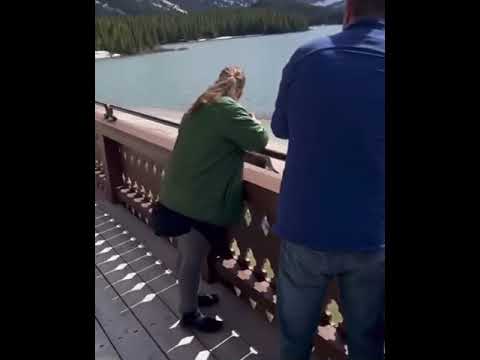 “Slightly different angle with some backstory: Jul 6, 2022 While working in Glacier National Park over the summer at the Many Glacier Hotel, I witnessed this crazy occurrence. The Mama Moose had twins, and after several days of stalking them, the bear got the first baby. However, when he went for the second baby, this is what happened. “

International Cat Day is a celebration which takes place on 8 August of every year. It was created in 2002 by the International Fund for Animal Welfare. It is a day to raise awareness for cats and learn about ways to help and protect them. In 2020 custodianship of International Cat Day passed to International Cat Care, a not-for-profit British organization that has been striving to improve the health and welfare of domestic cats worldwide since 1958. This holiday-related article is a stub. You ...

We were watching an Olivia Newton John concert and I felt like we were being watched.

This guy was peeking in.

That blue pad is some sort of cooling mat for Mrs. Feral that my wife ordered. It seems to work. 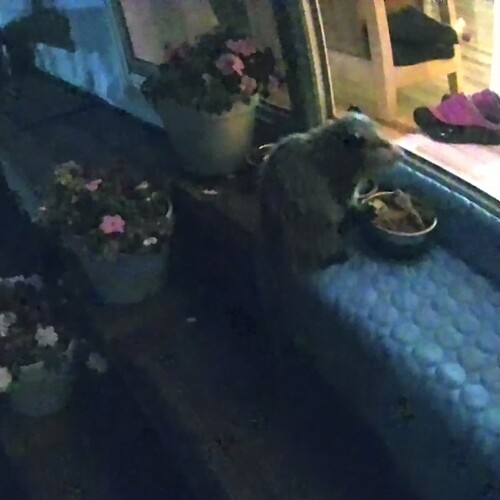 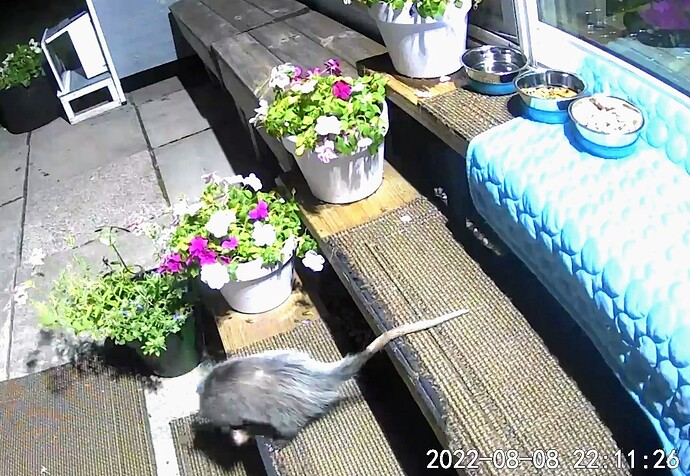 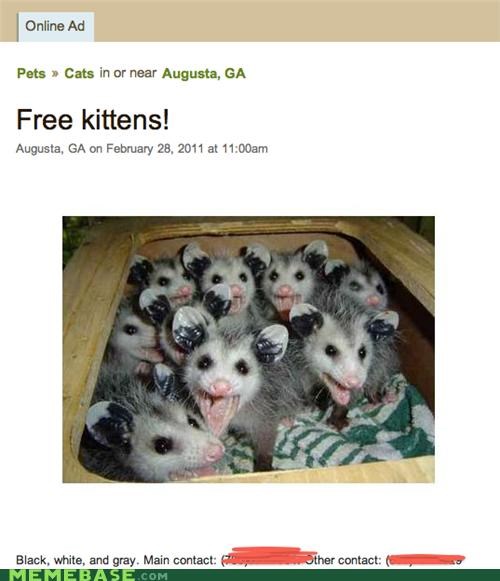 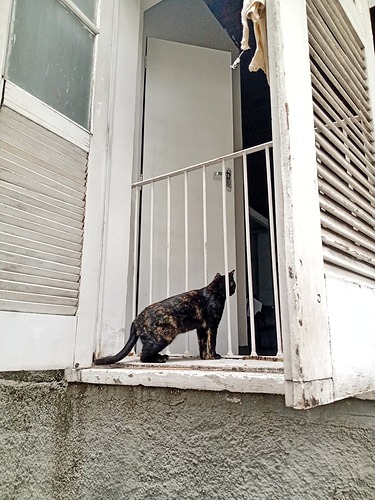 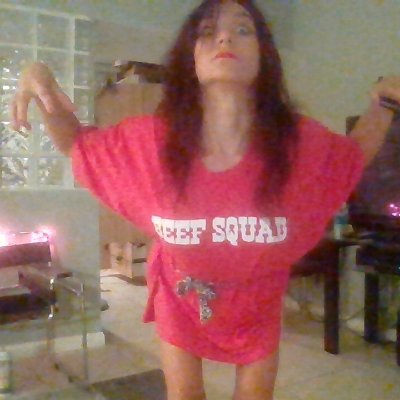 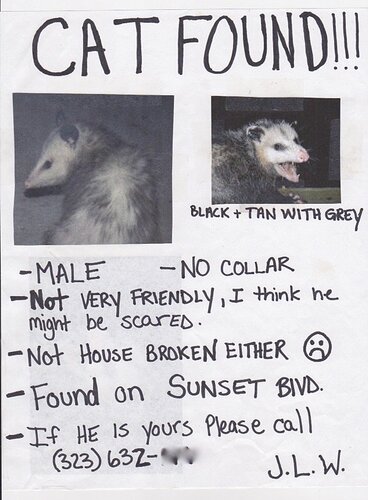 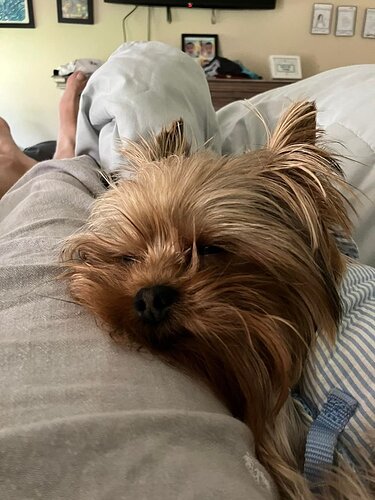 The Harrowing but Ultimately Heartwarming Tale of How I Lost and Got Back My...

I lost my dog! I got him back. It was all VERY dramatic. 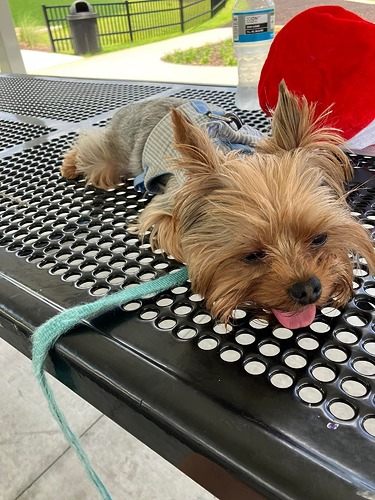 My wife thinks I won’t notice. That’s outside Mamma Feral to Mr. Feral in the house.