Lèse-majesté by any other name still stinks…

That’s some real thin skin ya got there, Spain.

That’s some real thin skin ya got there, Spain.

Be a shame if anything… happened to it.

Edit: I’ve been informed that this reply doesn’t make sense.

In other news, Generalissimo Francisco Franco is still dead . . .

Hang on. Someone’s at the door.

Be a shame if anything… happened to it.

Edit: I’ve been informed that this reply doesn’t make sense.

It’s a Monty Python reference, and makes sense as such.

Facists are know to be butt hurt babies.

That’s some real old stuff. It’s like a kid joking about LBJ. Shouldn’t be penalized, should be applauded for studying history.

El Pais mentioned a “Streisand Effect:” everybody had basically forgotten these jokes, and now they’re all over again. Suppression didn’t work as hoped. 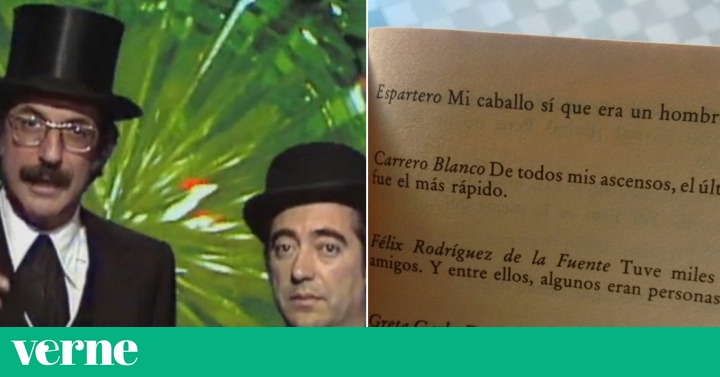 Partido Popular considers that ANYTHING that makes fun or criticizes of one of their owns (the political party was founded by Franco’s ministers) is terrorism. Seriously. TERRORISM.

There is a special courthouse (the Audiencia Nacional) that its sole purpose is judging terrorism cases. Regular judges see insane, damaging to free speech and democracy, unconstitutional and terrible for Spain’s international reputation, but Audiencia Nacional prosecutors are adamant in chasing tweeters for making jokes on a tyrant dead forty years ago.

With ETA definitive dissolution on the horizon the Audiencia Nacional has lost all his purpose and it seems like they want to keep the permanent state of confrontation and fear, just turning from actual terrorist to tweet stars. Yeah, you read right, people with twitter are deemed more dangerous than Al-Qaeda, ISIS or the narcos.

Meanwhile Partido Popular spokesperson jokes about the 400.000 dead spaniards buried in unmarked graves but freaks out when one almost anonymous girl makes some jokes about a murderous war criminal killed by a terrorist organization.

On another note, here are the images of the Spain’s Space Agency first manned fly:

*Really not funny, but you know, the irony.

Apparently no pasaran would be a dangerous thing to say in Spain these days.

Just as I think about the insanity of the UK leaving the EU, I’m reminded that just occasionally the Leavers have a point.

Is there a gofundme or anything like that to help with her education costs?

So she’s being punished for something she said as a child, about an event that not only happened before she was born, but conceivably before her parents were born. Spain has definitely set too wide a window for “too soon”. Fascists sure are sensitive.

Fascists sure are sensitive.

They are as little snowflakes.

the EU has many issues, but not criminal law* - the prison sentence is based on Spain’s legal system alone, Brussels was not involved

* for a rather simple reason: the EU treaties don’t move responsibility for this area to the union

Jeez! The Blanco assassination was over 40 years ago!

In contrast, check out "Scot Free”, a fictitious board game commercial from 1977’s “Kentucky Fried Movie”, just 14 years after the JFK assassination; nary a peep from the USA public back then: