Profiles in criminal Canadian bumblefuckery: Canadaland on the Ford Family

Like Trump, the Ford’s corruption-friendly personalities aren’t news to their supporters, and they’re a feature not a disqualifier.

The story of the Fords is tragic — for them, for everyone who falls into their orbit, and for the people of Toronto

Yes but i don’t understand how people keep supporting them in the polls even though it’s known the kind of people they are. I presume there’s some context of what might’ve been going on in Toronto that would explain it that i’m unfamiliar with.

All things Conservative and the Canadian Dark Right.

The rise of the Ford’s is the same as Trump’s rise, writ smaller. The same people who support Trump are the same type of people who support the Fords. Part of the appeal, which most of us see through, is the “I’m just a common man who tells is like it is, with no bullshit” schtick. They dress badly (but those ill-fitting clothes are very expensive), and they seem to be the kind of guy you could have a beer and some ribs with. In fact, the Fords host a yearly bbq at their house for anyone who wants to attend. They are very “Hail fellow, well met” on the surface.

In fact, the Fords host a yearly bbq at their house for anyone who wants to attend.

It hasn’t been at their house in years, after it outgrew that. The Ford nobles of the Ford Nation throwing a fest for the Ford peasants. (I’ll skip chewing on Ford weenie, thanks.)

Very true; I think it outgrew their yard during Rob’s mayor years.

And Cory screws up another story about Canada - the PPC are not a “white nationalist” party, just a new right-wing party that had lousy vetting early on & expelled the person in question

Maxime Bernier made the comments on Friday at a rally in Halifax, where supporters applauded promises to cut down on "mass immigration."

Oh wait, on further investigation, you seem to have it backwards. It looks like it was the one person who wasn’t racist that left, not the other way round.

The People's Party of Canada candidate in the Winnipeg North federal riding has resigned after deciding the party is "racist and intolerant." In an email statement sent to the Free Press Tuesday, Victor Ong — "the son of Asian immigrants" — said he...

[take it away, gang. Also, I am very disappointed no-one beat me to this. Shame on all of you.]

Among the former PPC members is prospective candidate for the Elmwood-Transcona riding Willows Christopher. 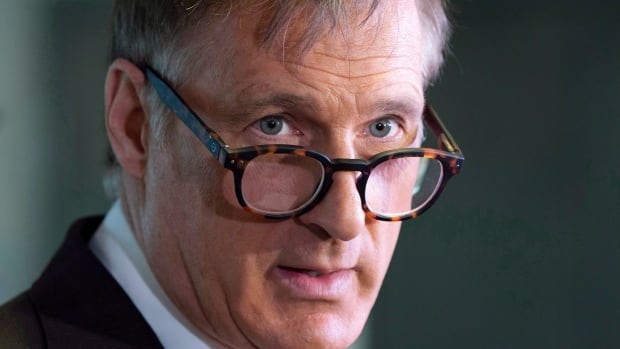 'The nastier side of populism': Why founding organizers are quitting Maxime...

Angelo Isidorou thought the People's Party of Canada could become a viable, principled and pragmatic alternative to the Conservatives. Now the young libertarian free speech activist says the party is being threatened by 'crazies.'

Extremists see the creation of the People’s Party of Canada as an opportunity to inject their far-right views into the political mainstream, even though the leader says he wants nothing to do with them.

[take it away, gang. Also, I am very disappointed no-one beat me to this. Shame on all of you.]

Sorry I was out running errands all day. Do we need to start a new thread?

PPC are not a “white nationalist” party

Maxime Bernier is epic bacon for bowtie dipshits who are blood and soil curious and obsessed with the gold standard twitter.com/peoplespca/sta…

Do we need to start a new thread?

expelled the person in question

The PPC expelled Bernier? Man, it’s tough to keep up with Canadian news down here.

If only there was a word for that…

I was going to ask that, too.