testament to his leadership that he has to be afraid of his inside circle killing him.

He doesn’t want anyone putting a briefcase near him. On 20 July 1944, Claus von Stauffenberg and other conspirators attempted to assassinate Adolf Hitler, Führer of Nazi Germany, inside his Wolf's Lair field headquarters near Rastenburg, East Prussia. The name Operation Valkyrie—originally referring to part of the conspiracy—has become associated with the entire event. The apparent aim of the assassination attempt was to wrest political control of Germany and its armed forces from the Nazi Party (including the SS) and to make peace with the Wes...

Well, the other end of the table is where the trap doors are. I wouldn’t want to sit down there either.

CAN YOU PASS THE SALT?

He must use Garrett Morris as an interpreter.

More interesting to me is that he dosen’t hide this practise, which suggests fear.

I wonder if Putin got inspiration from this. 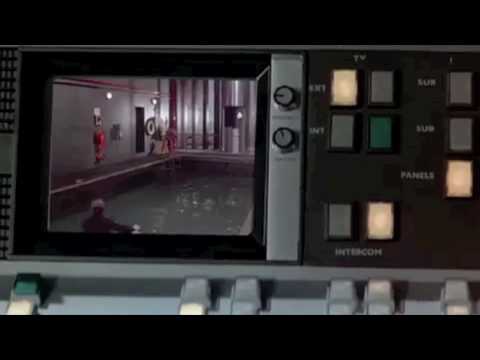 Dr. Freud would you care to venture an opinion about the extraordinary length of Mr. Putins table?

It’s not a briefcase he ought to worry about, he’s got at least one pen in front of him, and it doesn’t require much Novichok spayed onto it before he gets there…

Doesn’t have quite the same ring as the Gospel of Matthew, but it’ll do.

Well, it is either the incredibly long table and / or the disinfectant tunnel. 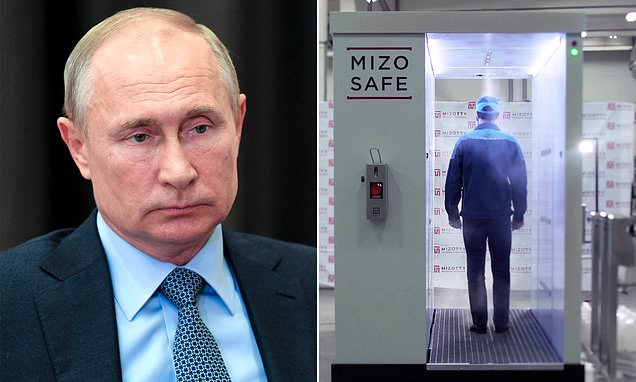 Footage of the Russian invention shows the tunnel in which even his top security, defence and political officials must 'take a shower' before entering the Kremlin leader's official residence outside Moscow.

Does he make them nebulize hydrogen peroxide and shine a light up their blowhole?