Puzzle: Which one will fill first?

Somewhere, Bernoulli is… doing something.

Floating in his grave?

There are a couple of un-stated assumptions.
1.) The edge of the illustration constitutes a liquid proof border. This is especially non-obvious, and without it H will fill after K.
2.) The water can’t flow around the tubes between the tanks. If one were to make the natural assumption that this constituted a cross section then water would be able to flow around the small tubes, which it doesn’t in the animation.

The blocked paths are some bullshit. Especially since the puzzle is drawn in such a way that a casual observer might think leaving the lines in was an oversight by the illustrator.

I did not start with the knowledge that the puzzle was in a closed box. That changes it.

Not for the question of which one will fill first.

True. I had read it as “which ones will fill first?”.

So…someone’s going to make this in real life, right? c’mon internet, do that memetic action thing…

None of them will ever fill. Both sides of all of them are open.

I don’t agree with the sentiment, but if I don’t post this, I won’t be able to go to sleep tonight. So, no hard feelings? 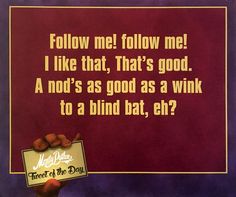 The front side and back side of each are open.

The front side you are looking at and the back side.

Exactly. That was my first observation

Not a great puzzle; it leaves out critical information: what is the flow rate of the relative to the pipes? If the tap is pouring water at a greater rate than the pipes can support, A will fill first.

A is the first to fill.

A fills to the hole or spigot or whatever, at which A is as full as it will ever be.

By “fill” they meant “fill completely”.

Nothing doing. I resent that biology is implied to be applied chemistry.

Let’s just pretend that we’re all physicists and assume an ideal liquid flowing through frictionless containers and pipes, and the animation is spot on.

No need to go that far, so long as A is considered full first, we can all stop at just being bored fluid enthusiasts.

By “fill” they meant “fill completely”.

As filled as it’s ever going to get == filled completely.

yes, this. I looked at it a while, and said “F will fill up and overflow, and none of the others will ever fill.” Because all the watertight surfaces are denoted by a black line which the animator NEGLECTED to put around the border of the project, implying the water would just fall off the page rather than fill. Issue 2 is also disappointing but at least the animator can claim that we made the assumption that those are pipes rather than, uh, passageways or whatever. I mean, that’s dirty pool, but I concede the point.