I remember that one…

I wasn’t around L.A. in the 60s, but the KHJ jingle is one I remember from the 1980s when I dialed through the AM stations from KABC to KNX.

The plot ranges from non-existent to stupid, but everything else about the movie is great. If someplace in your town is showing it on 35 mm, I totally recommend going to see it there.

I was gonna see it last weekend but one of the film projectors broke and so the showing was going to be digital. I’m looking forward to seeing it next weekend - in glorious 70mm!

WRKO with Dale Dorman as DJ would be a good soundtrack for a movie about Boston MA in the 60’s nd 70’s if anyone ever makes one that doesn’t involve Whitey Bulger.

I am trying to avoid any spoilers about the film because I really want to see it but I couldn’t resist not getting a list of songs used.

It seemed like a real missed opportunity to not use Never Learn Not To Love given that it’s originally a Manson song, and the “you can’t make this shit up” story of the connection between the Beach Boys and Manson. (And also it’s a really good song but also I think any Beach Boys song from that period would have been an appropriate and subtle nod toward the subject matter.)

Looking forward to the film! Tarantino does great feel.

As we were leaving the theater, we agreed that it was a well made movie that neither of us liked. So. Many. Feet.

The Big Kahuna was one of their more popular promotions… the guy pretty much showed up to party and drink. 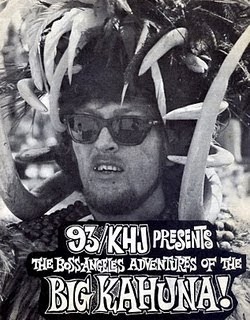