Prediction: there’s nothing illegal there, just the usual kind of run-of-the-mill sketchy. But, his refusal to release has been a long con distraction.

Edit: also; duelling threads! Who will get more love - Xeni, or Rob? Find out only on BoingBoing, live, tonight 9.00pm ET!

Has the restraining order been filed (and granted) yet? Have federal troops stormed the MSNBC offices yet?

That’s what I expect.

My bet is on the names of proximal corporate entities in a web of shell companies. Following the money through those will be like following a packet through Tor: possible if you’re a state actor who can see most of the whole picture, and almost impossible otherwise.

I guess we’ll know in about one minute.

Also: huge deductions for the expense of antibacterial hand cleaner.

WH responds to MSNBC report on Trump tax returns: "you know you are desperate when you willing to violate the law..." https://t.co/DCedFdxWCc 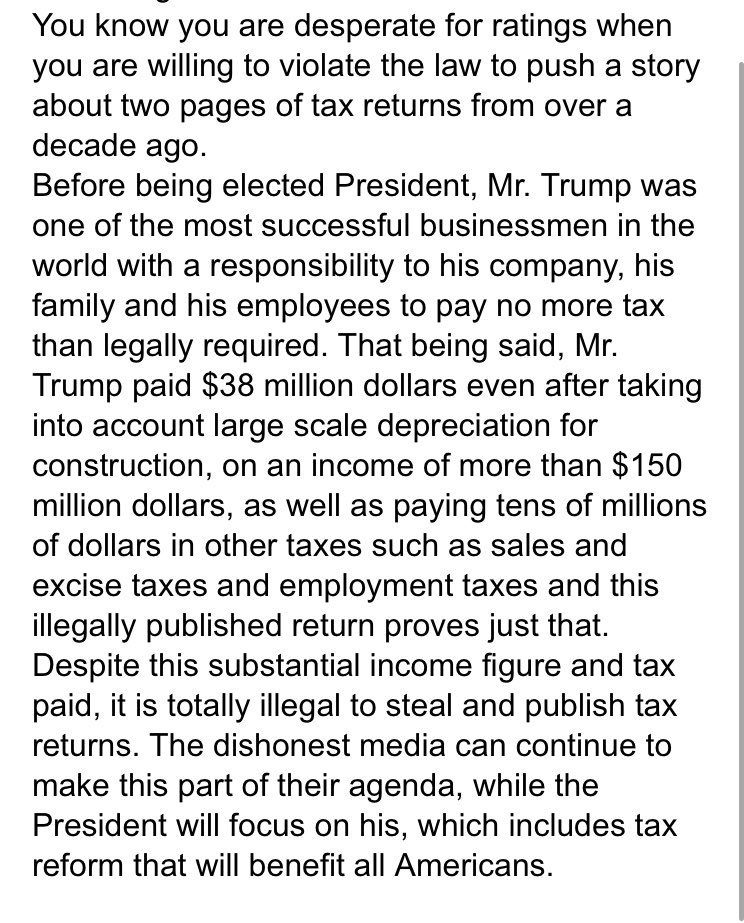 Wait, wait… I think I’ve seen this one:

A bunch of old bottles and a pile of dirt!

She’s dragging it out. That much I know.

An attempt to deduct Russian prostitutes as a business expense.

If you can’t be arsed waiting for Maddow to get to the point. She does tend to go on and on, and repeat the same thing like three times leading up to any actual news. But I still like her, because she presents some interesting information.

Maddow’s whole schtick is based upon providing context and explanation. If you want up-to-the-second headlines presented as quickly as possible, that’s what the AP-style wire services are for.

Oh, I like context and depth. I just really

John Oliver, for example, he can happily prattle on about something for over 20 minutes without losing the audience. Granted he is primarily a comedian, rather than a journalist. Granted, also, that he only does one story, once a week, and can polish that narrative for a long time before airtime. The annoying thing is that I’ve found myself talking about Maddow’s distracting and irritating style of delivery, rather than the content

Question: Is there anyone with the access to information and authority to speak up if those returns have been falsified in any way?

The White House confirmed the story in an attempt to scoop Maddow. …So that’s about a 25% tax rate for his income? Fucking hell, I need an accountant.

That means that an anonymous source and Trump’s staff agree.

Can anyone at the IRS confirm it?