And - who would know better than a total dick?

Never saw it…find those boys tiresome. Worth the effort?

I wish I could remember which comedian pointed out that given the amount of pounding they take and the ability to deliver babies calling someone a “pussy” isn’t exactly an insult.

Supposedly it was Betty White: http://imgur.com/gallery/HhPMS

This was on FOX Business, where the Military Industrial Complex does not appreciate Obama’s reluctance to “make it rain”

Yeah, goddammit, we should . . . invade some country or something! What’s the worst that could happen?

(To quote Josh Marshall at TPM: “This is pomposity, not strategy.”)

I liked Team America, but I also generally like south park (especially the movie), so take that for what it’s worth.

I think that comment was referencing a faux-profound speech in the movie about “dicks, pussies and assholes”:

See, there are three kinds of people: dicks, pussies and assholes. Pussies think everyone can get along and dicks just want to fuck all the time without thinking it through. But then you got your assholes, Chuck. And all the assholes want is to shit all over everything. So pussies may get mad at dicks once in a while because, pussies get fucked by dicks. But dicks also fuck assholes, Chuck! And if they didn’t fuck the assholes, you know what you’d get? You’d get your dick and your pussy all covered in shit!

Who cares? Are we supposed to get our knickers in a twist? That’s exactly what he and Fox wants. Don’t feed the trolls, BB.

Remind me again why “we” pay any attention to what is said by talking heads on CNN/Fox/Corner Soapbox.
Is it really just because they’re on TV? In 2015, with the plethora of information conduits, is that sufficient?
Is it really just because “lots” of other people watch them? Lots of people take shits (2 citations needed, I know) too and that’s rarely worth remarking on.

Bah, I’ll be under the bridge collecting tolls and issuing riddles if anyone wants to talk.

I’m reminded that those who get to Lt. Colonel in the army before they retire do so largely because that’s when the best retirement perks kick in. As soon as they get there – often as a SOP for playing along with the system – most hold no interest in further service and thus take “the package.” Even more telling are the couples who do so. When you see Mr. and Mrs. “retired Lt. Colonels.” you are in the presence of true military hacks milking the system. They’re usually the ones with thinly veiled contempt for civilians and pontificating about military glory with thier fawning pals in the VFW, Kiwanis, Rotary, Glorious Order of Water Buffalo and what have you. They’re also quick with predictable “opinions” excoriating civilian leadership contemptuously because…you know…civilians aren’t “heroes.” I’m generalizing…but not much. I do know the army in particular.

No surprise to see Mr. Tough Guy “retired Lt. Colonel” getting his big moment on the Fox soap box.

First I would say to Ralph Peters…don’t speak for me jackoff. Curb that “We the American People” bullsh&t. Secondly I don’t think this guy realizes that as a soldier it may be completely appropriate for him to walk into a room breathing fire, brimstone, and rage fueled commentary about kicking some door in somewhere and being all out of bubblegum; however for the POTUS it’s an entirely different situation. The President de-escalates a situation. He or She is there to use diplomacy and intellect, warfare is a last resort. He is President first, Commander in Chief last. And randomly bombing some people somewhere is the least Presidential thing he would do.

To be honest, I think this guy’s kind of a trailblazer–once the generation raised on Call of Duty is running for office I think this kind of rhetoric is going to become more normal.
“What do you mean I shouldn’t nuke Iran? Fuckin n00b”

She denies it, actually. 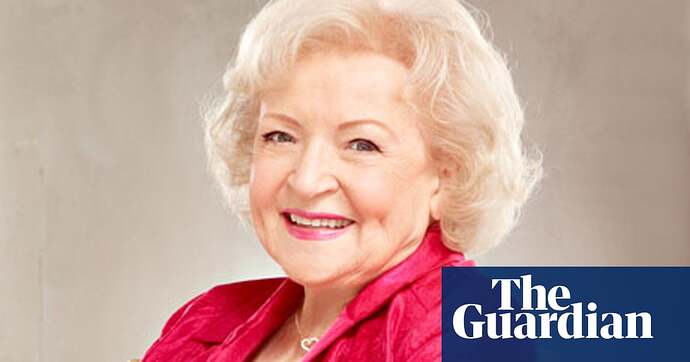 The former Mary Tyler Moore show star is still turning down work at 90. 'They don't know how to get rid of me,' she tells us

Gosh, what is that Les Nessman going on about now?

What exactly does this guy want anyway? I don’t recall George W. Bush cursing and getting furious, “reacting” in his address after 9/11. In fact he often referred to Islam as a peaceful religion (a real mind-blower for the Fox News crowd, I’m sure.)

Besides, if there’s one thing I learned from 8 years of Bill Clinton, even if Obama did something (something that Republican’s would usually agree with like launching missiles), the fact that Obama did it means it’s wrong, and just “more evidence of how ineffectual he is as President.” Hell, even the death of bin Laden at the hands of US troops was a cause to gripe and find fault and claim that Bush/Cheney deserve the real credit. Blah blah blah.